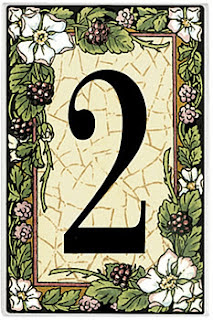 Two in a row! Holy schneikes, break up the Caps. The good guys won their second in a row, this one a 3-2 win over the New Jersey Devils.

And don’t bring that “they didn’t play Brodeur,” or “they were playing their second game in as many nights” nonsense, either. The Caps didn’t have Michael Nylander, Chris Clark, or Boyd Gordon – that’s the second leading scorer, the captain, and the top faceoff guy. Let’s call it even on the excuse-o-meter.

It also was a weird game. Both teams had goals disallowed – the Caps had one disallowed with less than a half minute to play in the first when Tomas Fleischmann stepped out from the right wing corner and tried to stuff the puck under Devil goalie Kevin Weekes’ pads. With David Steckel and Joe Motzko crashing the crease, the puck snuck under Weekes and into the net – a fact plainly visible on replay. But…

…someone blew a whistle, or maybe they heard the chimes on a Metro train at …the referees heard something, and thus disallowed the goal.

had one disallowed in the opening minute of the third period when Mike Mottau followed up his own shot and directed the puck into the net with his skate. The question was, did he do so employing a kicking motion. After a phone call that probably exhausted the minutes remaining for December on the NHL’s calling plan, the goal was disallowed…score that -1 to -1.

But this night belonged to Quintin Laing. Since being called up, he’s been a defensive specialist and shot blocking savant. But late in the second, when it looked as if the Caps would squander a period they thoroughly dominated, John Erskine sent a harmless enough looking shot at the Devils’ net from the far left point. Weekes played the shot much as a mite might, which meant he fumbled it, then couldn’t secure the rebound as it dribbled out in front of him. Laing was Johnny-on-the-spot to collect the trash and deposit it with a backhand in the nearest receptacle – the Devils’ net.

That goal would prove to be the game-winner as David Clarkson scored a goal just over two minutes into the third period on a semi-wrap around that Olaf Kolzig had no business allowing to sneak through his pads from a tough angle. In a way, the Clarkson goal might have been a suitable test – that sort of goal might have triggered a collapse by the Caps a few weeks ago. Tonight it served to test the ability of the home team to defend a one-goal lead against a veteran squad.

The Caps were up to the task, settling down in the late stages to force to try to run their offense from the outside.

Looking at the final numbers, we are once more impressed by the balance. Eight players had nine points. And if you had “John Erskine” as the only Cap with two points before the game, come see me…The Peerless will split a MegaMillions ticket with you.

One thing a fan might have expected in this game was that the Caps would come out and press the Devils – hitting them early and often. Well, they didn’t accomplish much of that early (in fact, the Caps looked somewhat flat in the first ten minutes), but they made up for it as the game wore on. The Capitals were credited with 31 hits. Milan Jurcina made up for a stretch of relative timidity by laying six hits on Devils to lead the club. Alex Ovechkin was more or less a heat-seeking missle all night, lining up Devils in all three zones. He was credited with five hits, but it seemed like more. In all, 15 skaters were credited with hits, but the two hits that might have mattered most came about ten minutes into the first period when Laing hit Dainius Zubrus who careened into a hit from Matt Bradley. It touched off a fight between Bradley and Sheldon Brookbank (think he had a lot of fights as a kid?...”hey Shel-l-l-l-l-don”) that Bradley finished by going into a fist-cocked pile driver pose over the fallen Devil. owned the pace of the game from that point until the third period.

If there was one exasperating part of the game, it was that the Caps worked the puck extremely well in the Devil zone, creating a number of excellent chances. But they gave away the puck entirely too much for comfort (20 giveaways for the game). And that stat was spread around, too. 11 skaters combined for the 20 giveaways. A more skilled offensive club might have exploited that a lot more effectively. As it was, it made for frustrating conclusions to excellent sequences. The Caps could have – and perhaps should have – had three more goals in the second period on the basis of their play.

The night might have belonged to Laing, with his first goal, but the best player on the ice was the youngest one. 20-year old Nicklas Backstrom once more pounced on a loose puck in the middle of the offensive zone, deking Weekes to his knees, then lifted the puck past him for the first Caps goal. Throughout the game he displayed a calm, unrushed sense with the puck – sort of like Viktor Kozlov, only effective. He created a number of those chances of which we spoke up above, and he could have had three assists to go with his goal.

There was also the matter of this being a game in which the "unknowns" shined. In addition to Laing's game winner and Erskine's two assists, don't forget Jeff Schultz, who took a cross-ice, off the boards feed from Ovechkin and in one motion snapped the puck at the net. It hit a Devil on the way in and changed direction just enough to sneak past Weekes on the far side. Good things happen when defensemen get the puck all the way to the net.

One other thing coming out of this game…Matt Pettinger has the same hell-bent-for-leather all out skating style that Ovechkin possesses. He seems to be one of the few Caps who displays a willingness not to merely watch Ovechkin barrel into the offensive zone, but to head along with him looking for a pass or perhaps a rebound. Now, if Pettinger could have capitalized on the chances he had – he had several. This might be something to watch, though.

Two points is two points, and they are nice to have, especially since the Caps were giving some indications early in the third period that they might let at least one of them slip away. It’s a two point night and a two-game winning streak. And next is the Rangers…and an opportunity to both match their longest winning streak of the year and climb out of the league basement.

Speaking of hits, Schultz had 3 for the second game in a row

The Peerless said...
This comment has been removed by the author.
6:22 AM

Yeah, but they weren't real hits...the NHL doesn't have a stat for "taps."

Ovechkin has been a SOLID +8 this month.

I'm beginning to think that the chances of the Caps winning home games are indirectly proportional to my attendance. I plan to go Wednesday night. If they lose, maybe I will take one for the team and watch from home for a while.