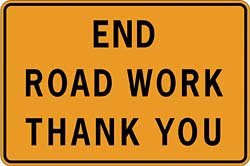 By any standard, this trip was a wild success. The capstone to it all was a 3-0 whitewashing of the Florida Panthers tonight, eliminating the Panthers from the post season and leaving the Caps still within striking distance of several teams – Carolina, Philadelphia, Boston, and the New York Rangers. The Caps are still mathematically capable of climbing as high as fourth, New Jersey currently occupying that spot five points ahead of Washington.

Tonight’s game might be characterized by the word, “workmanlike.” A team having spent five games away from home, even if the “road trip” was broken into two pieces, might be excused for being a bit leg- and jet-weary in the sixth and last game of that journey. Add to that an ice surface that had the look of pea gravel for the way the puck was rolling and jumping around, and it made for a difficult circumstance for the visitors.

It looked as if all these things might conspire to leave the Caps short tonight, and it looked a bit disconcerting when the teams skated off at the first intermission in a scoreless tie. It was more frustrating in that the Caps had three power plays, although one was shortened by a penalty of their own, and another shortened by the end of the period. Still, despite adequate man-advantage situations and outshooting the Panthers, 10-6, the Caps couldn’t find the back of the net.

Frankly, we thought it a case of too much one-on-one, individualistic activity. There was little in the way of crisp passing attempted, let alone completed. Too often, a Cap was caught trying to weave around a Panther defense that seemed to want to clog the middle with five defenders.

As sluggishly as the Caps played in the first, it almost got worse in the first minute of the second period. While shorthanded, Josef Stumpel picked up a loose puck near the Panther bench and skated in alone on Caps goalie Cristobal Huet. Stumpel angled in and tried to beat Huet over his glove, but Huet was up to the task, getting enough leather on the puck to turn it aside. The play might have had a different ending had Rostislav Olesz not more or less given up on the play, choosing to trail Stumpel into the zone rather than jump into the play to make it a two-on-none.

The save appeared to wake the Caps up. Two minutes later, Viktor Kozlov circled out of the right wing corner with the puck. He chipped it to Brooks Laich, but the puck was knocked back to Kozlov, who turned and rifled the puck past Panther goalie Tomas Vokoun to give the Caps the lead.

Now it was Florida’s turn to look lethargic. With just under ten minutes left in the second, Alex Ovechkin had the puck behind the net. With all eyes – including the five Florida defenders, it seemed – fixed on him, Ovechkin found Nicklas Backstrom steaming unimpeded down the slot. Backstrom’s drive was blocked on a fabulous save by Vokoun, but it only delayed the inevitable.

As the clock was winding under five minutes to go in the second, Ovechkin won a battle for the puck with Nathan Horton in the corner. Ovechkin skated out along the boards, leaving the puck for Kozlov, who returned the puck to Ovechkin skating toward the goal line. Ovechkin snapped a pass across the crease to a left-alone Mike Green, who wasted no time depositing the puck behind a helpless Vokoun for a 2-0 lead.

Ovechkin closed the scoring in the third, taking advantage of what looked like a spent Panther team. When Kozlov carried the puck to the Panther net, only to be turned aside by Vokoun at the doorstep, three Panthers failed to locate the puck at their feet. Ovechkin peeled it away and wristed the puck past Vokoun before any of the Panther defenders could react.

The selection of the stars of the game was a curious thing – the goal scorers being picked – although the curiosity was more in the order than of the players selected. We’d have had Kozlov as the number one star and Ovechkin as the third star. We would have reserved a spot for Cristobal Huet, who made the pivotal play of the game – the stop on Stumpel, after which everything else unfolded.

If you’re looking for one of the great oddities of the game, it is in who was on the ice for the Panthers for each Capitals goal...

...stopping the Caps’ top line might have been in the game plan for these guys, but that isn’t the way it turned out. The top line went 2-3-5, +7. They had 14 of the 33 shots, and when Mike Green’s five shots are added, there were almost two thirds of the shots accounted for.

There were a few other bouquets to pass around in this one...

Eric Fehr might not have shown up on the score sheet, but it was not for lack of effort. In a little less than nine minutes, he managed three shots (one of which required a fine stop by Vokoun to keep out ofthe net) and three hits. He was battling all night behind the Florida net.

Donald Brashear had three hits in eight minutes and looked as if he was engaging in a non-stop yap-fest with a couple of the Panthers.

Jeff Schultz had a “Jeff Schultz” kind of game...unnoticeable, and that’s a good thing. Two hits, a blocked shot, plus-two, and no goals scored on his watch.

At this point, given the timing of the last three games, one would have to conclude that Huet will get the last three starts. 8-2-0, less than 2.00 GAA, save percentage over .930. It would be hard to give him a seat at this point.

For the Panthers, who is it skating in that #12 jersey? It might look like Olli Jokinen, but it doesn’t look like Olli Jokinen. Perhaps the announcers had a point when they said Jokinen hasn’t been the same since his skate sliced open Richard Zednik’s neck. He’s 4-8-12, -11, in 20 games since that night (including tonight)...not Jokinenesque.

Nathan Horton – the second leading goal scorer and overall scorer for the Panthers – had no shots on goal...none.

Kamil Kreps, heretofore a “Cap killer” this year – also had no shots on goal...none.

There weren’t a lot of hockey cognoscenti who would have thought the Caps would still be in the playoff race as they anticipate playing their 80th game on Tuesday. But here they are, two points out of a playoff spot. They still need help. Someone has to beat the Flyers at least once; twice would be better. Same for the Bruins. The Caps have to beat Carolina and get help to win the Southeast. But the Caps have done their part. If they do it, they will not have backed in, not with the last month-plus they’ve had – 12-4-0 in their last 16 games. They’ve put themselves in a position to make some noise if they should get into the playoffs, but the getting there will make for one helluva week on the way. With all apologies to the Nationals and their new ball park opening this week (we’ll be there tomorrow night), the Caps making a stand at home is the big story this coming week.
Posted by The Peerless at 12:44 AM

Actually, Peerless, by 11PM Saturday night, the Caps were mathematically in the running for third--if they go 3-0-0 and Carolina goes, at best, 1-2-0. Difficult, I concede...but they play the games for a reason.