The Peerless Prognosticator is ON THE AIR!!! -- Caps vs. Devils, November 14th

For the second time in a week, the Caps play a back-to-back series. Last weekend, it was the Florida Panthers as the foil in both; this weekend, it’s the Minnesota Wild and the New Jersey Devils. Last night the Caps got the weekend off to a good start with a 3-1 win, but tonight Washington moves up a weight class when they visit the Devils in Newark. The Devils are putting together quite a season of their own with a rec—

Good heavens, who are you? 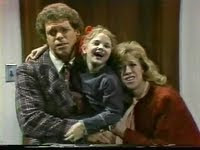 Obviously. And what brings you folks here?

Well, you’re in the right place. So what line of work are you in, Doug?

You have a lot of customers?

So you should be pretty happy.

“And they complain about every little thi-i-i-i-i-ng.”

Do you get a lot of these e-mails?

So let me get this straight. You have a business that has a lot of customers, you’re making money, and you’re hung up on some e-mails from customers?

Maybe you’re not cut out for that particular line of business. Ever think of jumping into something else?

“Well, we were thinking of buying a ho-o-o-ockey team.”

As for the object of the exercise, the Caps will drop into Prudential Center having lost only one game in regulation in the last month (10-1-3). This, however, will be a test. A big one. Not only are the Devils on quite a run of their own (10-1-0 since losing to Atlanta on October 16th), but the Caps sustained another injury last night and will do without the services of Mike Knuble, who broke a finger and will be out for 3-4 weeks.

These two teams are not the top two teams in the East for nothing, as the numbers will show: 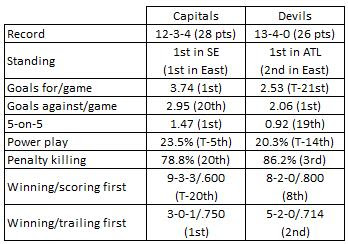 In the 10-1-0 wave the Devils are riding they have outscored their opponents 29-16. Only once has a team scored more than two goals against them – a 4-1 loss to Buffalo. Seven times in those 11 games the opponent was held to one or no goals. If the Minnesota Wild were in the midst of finding their “inner Lemaire” over the past couple of weeks leading up to last night’s game, the Devils are the real deal. It is as if Jacques Lemaire – returning this year to the team he once coached – hasn’t missed a beat from those teams he coached in the late 1990’s in the Meadowlands.

But it all starts with Marty. Martin Brodeur is 8-1-0 in his last nine decisions in goal. Along with the win-loss record, he has a microscopic 1.39 GAA over those nine decisions and a save percentage of .942. For his career, Brodeur has made the Caps his personal chew toy, compiling a 35-12-4 record with a goals against average of 2.11 and six shutouts. And, as if he needs any more motivation, he is still hung up on 102 career shutouts, one behind the all-time leader, Terry Sawchuk.

The Devils don’t score a lot, but they score enough. They get more than enough from Zach Parise, who comes into tonight’s game with a three-game goal-scoring streak (3-3-6). The six points he has in his last three games has pulled him into the top-ten in league scoring (9-12-21). He has four goals against the Caps (4-9-13) in 18 career games, but he doesn’t have any in either of the two games against Washington so far this season.

It’s one thing for Zach Parise to come into a game with a three-game goal scoring streak. He has three straight 30-plus goal seasons, including 45 last year. Scoring goals is an important part of what he does. But David Clarkson? He has 35 goals for his entire career (187 games), three of them coming in the last three games, including the game-winner in a 3-1 win over Anaheim on Veterans Day. In three seasons covering ten games against the Caps, Clarkson has three goals – one scored in each season, including this one (Caps fans will hope the pattern holds, which would keep him off the score sheet).

That brings us to “Game-Over Greene.” No, we did not spell that wrong. Defenseman Andy Greene is tied for the league lead in game-winning goals by a defenseman. OK, so it’s two goals, but that is two more game-winning goals than Mike Green, and the three goals Greene has overall matches that of the Caps’ Green. The three goals for Greene is already a career high. He had those two game-winners in the last three games (in wins over Pittsburgh and Ottawa). But here is something else you might watch for with Greene on the ice. Of the nine goals the Devils have allowed in the past seven games, Greene has been on the ice for five of them.

1. 19 for 60. It goes without saying that winning generally requires a 60 minute effort. But that is never truer than when the Devils are the opponent. Games are generally close (the Devils are (8-1-0 in one-goal games, the best winning percentage in the league), low-scoring (in the 10-1-0 run the Devils have scored more than three goals three times), and settled late (the Devils have five wins when giving up the first goal and are tied for second in wins when trailing at the second intermission). As patient as the Caps were last night with Minnesota, they will need even more against the Devils from the entire roster.

2. Pass on the soft serve. Last night, Semyon Varlamov allowed one goal, but it was one that even he admitted was, in his words, “an easy goal.” The Devils don’t allow enough goals themselves to provide a margin of error allowing the goalie to give up the softie.

This, as they say, could be a preview of a matchup in May. What is worrisome is that if it is a preview, the Caps have come out on the short end of both games the teams have played to date this season, each by a 3-2 margin (one in a Gimmick). Whether it is Semyon Varlamov or Jose Theodore in goal tonight, he will have to be on his toes to turn that result around. Do we think that will be the case? What do you think?...

last time the caps played the devils wasn't exactly a fine example of the caps putting together a disciplined, organized effort.

Since then, the caps have shaped up and replaced the raw talent ovi provided with consistent, solid team efforts against much lesser teams (theo letting in 3 goals in 5 shots aside); I would expect tonight to be the same. The caps will probably be hungry for a win too after being beat by devils during their last two match ups.

If the caps remain oviless, they also have the opportunity to prove that they can compete with the best of them, with or without number 8.