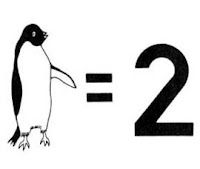 If tonight’s game between the Washington Capitals and the Pittsburgh Penguins was “just another game,” then God help us in May if these teams meet again. The Caps took a lead, lost it, took it back, then lost it again to send the game into overtime. Five minutes of scoreless hockey later, the Caps spotted the Penguins what looked to be an insurmountable 2-0 edge in the Gimmick, then roared back with three straight goals to take the trick shot competition and the game, 4-3, tying the club record for standings points (108) in the process and eliminating the Penguins from contention for the Eastern Conference title.

This one was "Game 0" of the playoff series these teams seem destined to play in a couple of months. It had that kind of intensity to it from the drop of the puck. And one of the ways in which this looked like a playoff game is that it was not a game where the stars could have their way. Sidney Crosby and Alex Ovechkin each contributed an assist to their respective causes, but were otherwise rather quiet in splitting eight shots on goal between them without success.

If there was a difference, it was in goal. Jose Theodore stopped 39 of 43 shots in earning the game’s first star, while Marc-Andre Fleury stopped 29 of 32 (but only 16 of the last 19 he faced in regulation). In the end, it proved to be the narrowest of differences…

-- Like that hunch coach Bruce Boudreau has to put Mike Knuble out there for the Gimmick? Call it an educated guess – Knuble had three goals in three games this year (including one tonight), he had four in six games against the Penguins last year, he had five in eight games the year before that. Kanoobie knew all along what was going to happen. He even called the shot… (wait for it)… ROOF!

-- You would have thought that one avenue the Penguins would explore would be one that worked so well for them last year – tenderize Mike Green and then wait for the turnovers. Green played 25:02, had an assists, was plus-3… and had NO giveaways.

-- OK, how is it that: a) Alexander Semin is allowed to walk the puck 175 feet up the ice on Pittsburgh’s power play, skate unchallenged into the Penguin zone, cut freely across the grain past Alex Goligoski, and fire the puck past Fleury while Kris Letang was… well, we don’t exactly know what Letang was doing (backing off to cover a Cap who had no angle to shoot if he received a pass?). Not to single out Letang; he was merely the last guy in a play where all five Penguins on the ice had a brain cramp.

-- While the teams were at mid-playoff season intensity, it was unfortunate that the officials were a few notches lower. Sometimes you get a feel about a crew, that they will call the stick penalty, but not the rough stuff; that they will call the obstruction infractions, or that they will let the guys play, as they say. If anyone in that arena could read what Paul Devorski and Ian Walsh were or were not calling (except five penalties on the Caps, one on Pittsburgh), you’ve got better eyes than mine (or drink better scotch).

-- We said it before, and we’ll say it again. Eric Fehr might not be the most efficient offensive player in the league, but he can see that spot from where he stands. Another less-than-12-minute night, and another goal (on three shots). Coming into the game, Fehr was fifth in the league among forwards at goals-per-60-minutes (minimum 40 games and 10 minutes TOI/60 minutes, according to behindthenet.ca). He didn’t do anything but improve his standing tonight.

-- Every Penguin skater except Jay McKee registered a shot on goal.

-- Shaone Morrison had nine hits. He spread it around, welcoming seven different Penguins to Verizon Center.

-- Ovechkin does get the all-you-can-eat-buffet coupon for this one. His scoresheet looked like this… an assist, plus-2, four shots, two attempts blocked, four misses, five hits, three giveaways, a blocked shot, and he won his only faceoff (against Sidney Crosby).

-- 14 of the 18 skaters for the Caps were credited with hits, 12 of the Penguin skaters. Yeah, just another game.

-- 11 skaters for each team were credited with at least one blocked shot. Uh-huh… just another game.

-- If you had Tyler Kennedy under “Penguin Leader in Shot Attempts,” go buy a Powerball ticket.

-- Caps had one power play shot… they had two shorthanded shots.

This was a solid, tight, chippy game with every bit of the 200-foot ice sheet contested. In other words, a playoff game. The Caps have proven now three times this season that they own the third period. It has been the difference between the clubs so far. Now, if they can just do that in the post season…
Posted by The Peerless at 11:03 PM