Today’s sessions were an object lesson in the psychology of having a lot of competitive young men in the fifth day of working in confined spaces. Break things up with a couple of scrimmages or a paint ball field trip, but it’s still the same guys seeing one another and competing with the aid of sticks. Today, the irritables set in.

First, there was Coach Bruce Boudreau, whose patience appeared to be tested in the first session with the level of intensity being displayed on the ice. When he had a chance to get everyone together at the bench to go over the next drill, he let them know it, too. Not particularly harshly, from what we could hear, but the message was delivered. On Day 5 of drills, testing, scrimmages, more testing, more drills, another scrimmage, paintball in 100-degree weather, well… one might expect the level of intensity to waver, even among healthy young fellows such as these. Shoot, even Evgeny Kuznetsov wasn’t smiling as much as he had been earlier in the week.

Then in the second session, there was that guy again – Trevor Bruess – making things difficult for goalie Taylor Nelson by getting right up in his mask to screen him from the shooter during a drill in the second session. After some jostling, Nelson had enough and let Bruess know it with a shove. Gotta admire the kid’s spunk, especially given that Bruess responded by shoving Nelson off his feet and right back into his own net. It didn’t end there, either. Bruess skated off while barking back at Nelson, and as the players gathered back at the bench to get their instructions for the next drill, Bruess was still barking and casting daggers with his eyes at Nelson. As the players broke out for their next drill, Bruess looked as if he wanted to continue the conversation, but the drills went on.

As for the object of the exercise – conducting drills and teaching the boys the finer points of Caps hockey – today's ice time was very much devoted to running the power play. Positioning, proper separation, rotation, puck movement. It went from 5-on-none drills (to instill a sense of where players should be and where they should go) to 5-on-4 drills. In the second group, Marcus Johansson looked to get some special attention concerning where he should be positioning himself (his first instinct still seems to go out high in a defensive posture).

Each session ended with a staple of D-Camp. Thirteen pucks were lined up and the blue line for each team, and players took their turns in skating in on a penalty shot/breakaway in a scramble format. Rush in, shoot – if you score, the puck comes off the ice; if you miss, you have to collect the puck and bring it back to the blue line before the next shooter takes the ice. And goalies, after making the save, can shoot the puck away from the shooter into one or the other corner. The one thing we took away from this is that Kuznetsov has a future in the Gimmick. Losers had the privilege of doing a bag skate.

If you’re into who played with whom on what lines/pairs, here is what we saw (largely unchanged from the week's norm):

And so ends the drills portion of the week, the festivities coming to a close tomorrow with a 10:00 am scrimmage. In the meantime, some more pics (including getting ready for the equipment sale)… 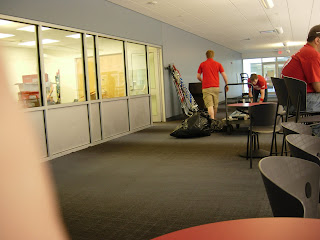 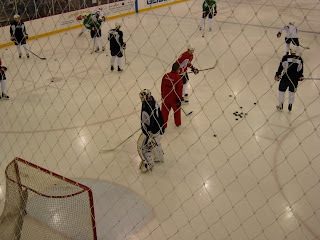 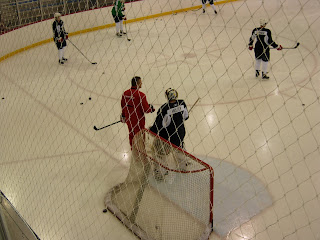 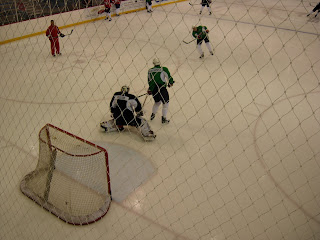 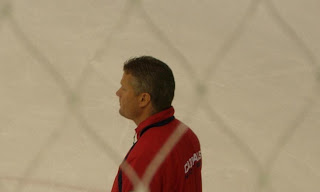 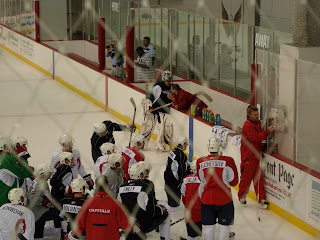 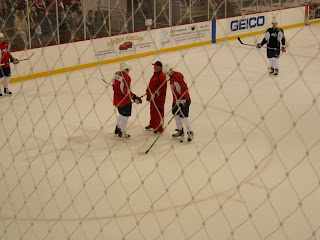 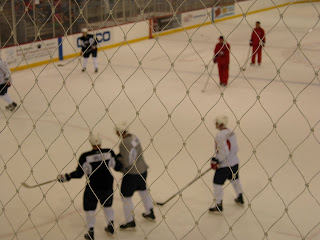 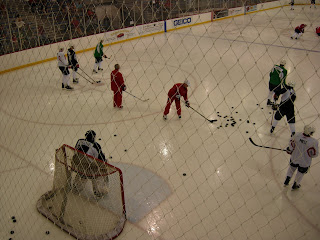 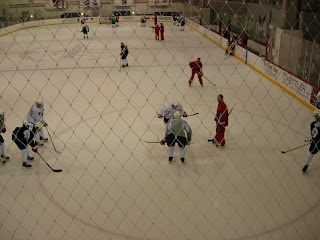 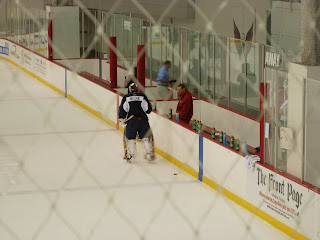