Day One of Training Camp 2010 is in the books.  The Capitals opened their 2010 training camp with three groups taking the Kettler Capitals Iceplex ice in what was from our vantage a somewhat oddly understated morning and afternoon.   The crowd at KCI was surprisingly light, given that this was the first official day of skating among the veterans (the stands looked to be about half-filled).  And on the ice, there seemed to be an underlying lack of intensity, especially with the second group that took the ice (we were not able to see the third group – Group C).
Perhaps it was a product of what seemed to be abbreviated sessions (about 60 minutes apiece) and the players getting their skating legs under them (but they have been in informal skates for a few days now).  Perhaps it was just one of those days…
-- It didn’t seem to be an especially good day for the Captain.  Alex Ovechkin looked to be somewhat sluggish and was huffing and puffing pretty good by the end of the opening Group A session.  He might have expended a lot of energy early in the session, but it still seemed a bit odd for him to look gassed in the first hour.
-- Alexander Semin looks to be skating to his own muse.  He looked effortless on the ice (not meant as a bad thing), but he had the absent minded moment when he whipped the puck down the ice and hit Jake Hauswirth right in the belt buckle (or perhaps holding his stick at waist level prevented greater harm).
-- Can’t figure out what was going on with Group B.  It was as if Group A was spinning at 78 with a jazz tune, and Group B was spinning at 33 1/3 with a Perry Como ballad (no one under the age of 40 is going to understand that comparison).  There just didn’t seem to be much going on there.  But hey, there are days when we go to work and the energy just isn’t there, too.  Folks do have bad days.
-- Part of the reason for the tone of the first two sessions might have been that in Group A there were eight parent roster players, and in Group B there were nine.  These players have been through this before, in most cases multiple times.  They know the systems and, one would expect, they know how to get ready.  There will be three scrimmages constituting the competition for the Duchesne Cup, and there will be six preseason games.  Although the calendar is short (20 days to opening night), there is ample opportunity in that time span to get ready for opening night.
-- The rallying cry for the moment (at least as it shows up on t-shirts) appears to be “"Stay Angry -- Believe In Yourselves."  Not exactly sure what that means.  But hey, if it works, it’s good all around.
-- The best perspective, though, might have come from Mike Knuble who said, as Katie Carerra noted in the Post, "All we have to do come March and April is say, 'Here's where we were last year. Look what happened to us. Are we playing well? Are we doing the right things?' Not winning games, it doesn't matter. It matters if you're feeling good, and everybody's comfortable, and everybody's doing what they're supposed to. That's what going to be most important come April, not where we are in the standings."
-- Come to think of it, maybe it wasn't a very good day for us, either.  We just can't seem to recall anything especially noteworthy.  Maybe that's not a bad thing.
It would be too easy to read too much into the tea leaves of one day’s worth of practice, the first one at that.  The NHL season is a long one of many twists and turns, and it was just good to see the guys on the ice once more... 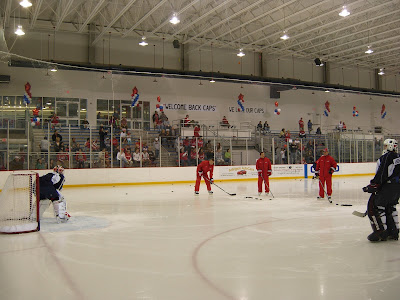 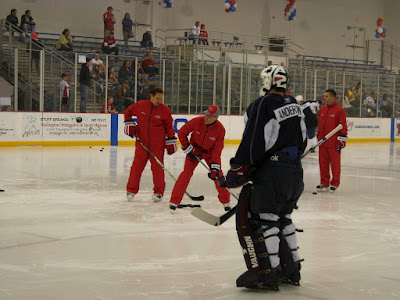 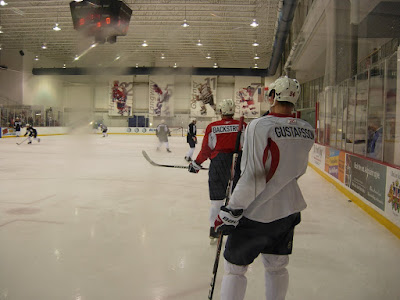 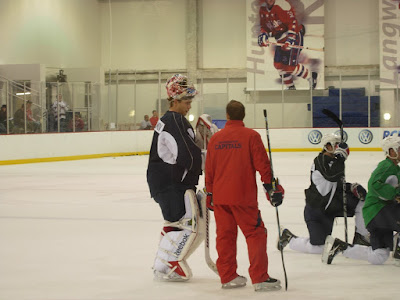 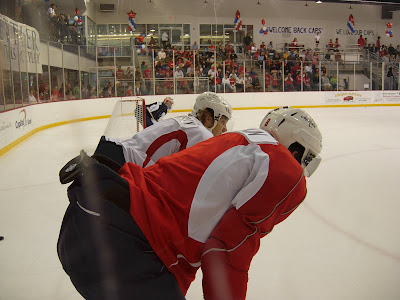 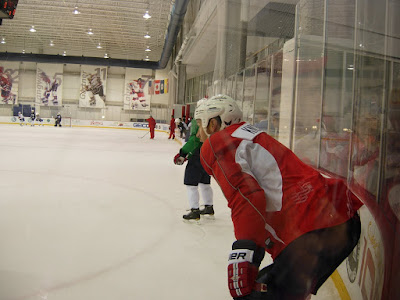 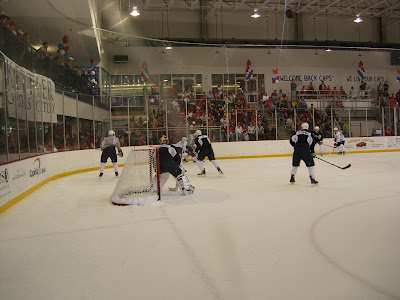 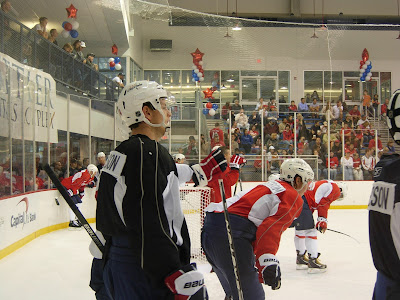 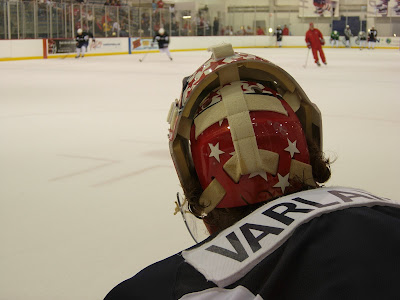 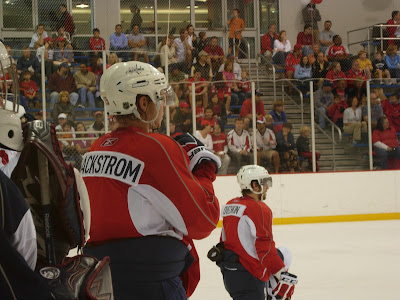 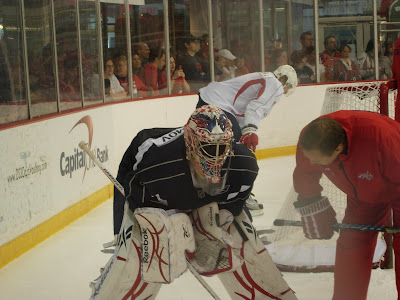 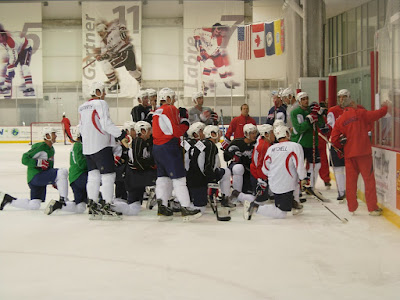 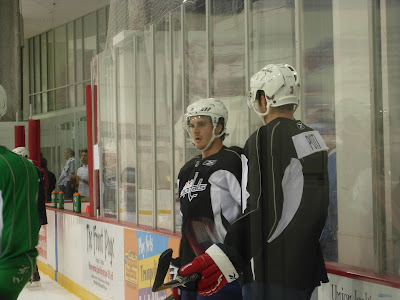 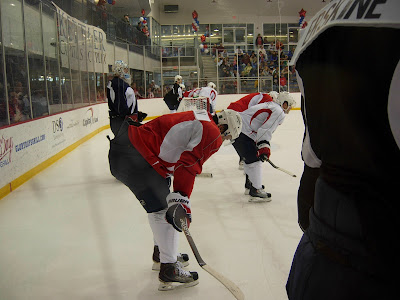 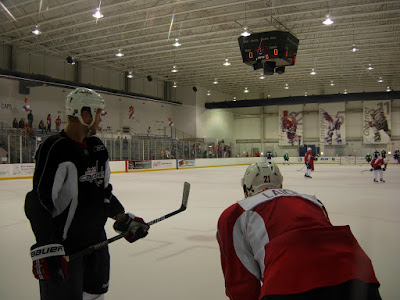