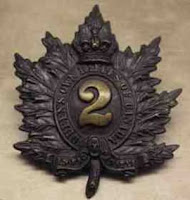 Sometimes, it takes only one.

The Washington Capitals got a second period power play goal from Alex Ovechkin, and goaltender Michal Neuvirth made it stand up by turning away all 39 shots he faced to give the Caps a 1-0 win over the Pittsburgh Penguins in the Caps’ first visit to Consol Energy Center in Pittsburgh.

Ovechkin got his goal on the Caps’ third power play of the contest when Marcus Johansson gloved a loose puck out of the air, skated across the zone, and laid the puck out like a batting practice fastball where Ovechkin could lean into one. Ovechkin did just that (taking a swing that many other times might have resulted in a broken stick) and beat goalie Marc-Andre Fleury cleanly.

It was turnaround being fair play for Ovechkin and Fleury, reversing the fortune of a first period play when Nicklas Backstrom backhanded a stretch pass through the middle to spring Ovechkin on a partial breakaway. Ovechkin managed to skate in and get a clean backhand opportunity on Fleury, but the puck was deftly turned away by Fleury’s blocker to keep the game scoreless.

At the other end, Neuvirth played as if he has a very long memory. One got the feeling that he still harbored resentment at the disparaging comments of Pittsburgh coach Dan Bylsma in the Pittsburgh locker room the first time these teams met this season (captured on the HBO 24/7 series). And he had his moments, none bigger than when he robbed Jordan Staal with a fabulous glove save in the first period after a fine set up from Brett Sterling then foiled a shorthanded breakaway by Staal less than a minute before Ovechkin’s goal. He came up big in the end, too, stopping all 14 shots he faced from the Penguins in the third period to record his third shutout of the season, second in his last two appearances against Pittsburgh.

-- Neuvirth, Ovechkin, and Fleury were the stars and rightly so, but Marcus Johansson had a fine game, too. He drew the penalty that led to the successful power play (by driving to the net) and set up the game-winner.

-- The Caps have now beaten the Penguins in three arenas this season (Verizon Center, Heinz Field, and Consol Energy Center) in extending their regular season run to 10-0-2 over the Penguins in their last 12 games.

-- Surprised that the Caps held the Penguins without a goal? Well, consider that no Penguin taking the ice had scored a goal against the Caps in the previous three games between the clubs. The three (that’s right, kids…three, in three games) goals were scored by Sidney Crosby, Yevgeni Malkin, and Chris Kunitz, all of whom were on the shelf last night.

-- That makes 97:47 of shutout hockey against the Penguins (and counting) since Malkin’s goal at 2:13 of the second period in the Winter Classic (edit: make that 157:47, as an astute reader pointed out...we jumped right past one of the shutouts). Neuvirth and Semyon Varlamov have stopped the last 76 shots on goal taken by the Penguins.

-- Ovechkin had 19 shot attempts, eight shots on goal, and one tally (but for the fine effort of Marc-Andre Fleury in goal for the Pens, Ovechkin might have had a hat trick). He had a third of the Caps’ shots on goal (eight of 24) and 19 of the 51 shot attempts for the night. He was ready.

-- The score sheet looks mighty sparse for Scott Hannan in this one – a minor penalty and a shot attempt that was blocked. But he was a rock in more than 23 minutes of ice time, including 1:57 of the last 3:01 of the game.

-- 64 hits. Sometimes, that stat is as much a product of an over-zealous scorekeeper, but last night it seemed about right. Neither of these teams takes any of these games lightly. They bring a lunch and a tool box, ready for work.

-- If anything, the flow and shot differential was reminiscent of the first two games of the 2009 playoffs when the Caps won two games against Pittsburgh despite getting mauled for 72 shots on goal against. The difference, those games were in Washington, this one in Pittsburgh.

-- D.J. King…six shifts (none in the third period), two hits, 4:25 in ice time. Just thought we’d point that out. That’s not his problem. It just makes us wonder what the point was in making the trade to get him…was it more about moving Stefan Della Rovere?

-- Mathieu Perreault played only 8:09 for the game and took only one shift in the third period (that coming at the 1:01 mark).

-- OK, it’s nice that the Caps scored a power play goal, the third straight game in which they have done so (3-for-9). But while they had five shots on goal on their three man advantages, the Penguins had four shorthanded shots and a couple of excellent scoring chances. On the five-game road trip the Caps allowed seven shorthanded shots on goal and two goals.

In the end, a 3-2-0 road trip is not bad. And, the six goals allowed in Anaheim aside (in a win), seven goals allowed in four games isn’t bad either. The cherry on the sundae, though, is ending the road trip with the win in Pittsburgh that not only extends the points-earned streak to 12 games against the Penguins (10-0-2), but it was the second consecutive shutout of the Penguins after not blanking them in 79 consecutive games against them (dating back to an 8-0 whitewashing of the Penguins on October 29, 1991).

The win allowed the Caps to climb to within a point of the Tampa Bay Lightning for the lead in the Southeast Division. Tampa has two games in hand on Washington and will play again (hosting Phoenix on Wednesday) before the Caps take the ice again on Friday against the Rangers. But with the season series against the Penguins now in the rear view mirror, the battle is joined with the Lightning to see if the Caps can make it four straight Southeast Division crowns.
Posted by The Peerless at 7:05 AM

If my calculations are even close to understanding this, hasn't it been about 157:43 since the Pens last scored a goal against the Caps?

My mistake...I jumped right past one of the shutouts.

No Worries. Only reason I remember it is because I was there to witness that 3-0 beauty of a game =)