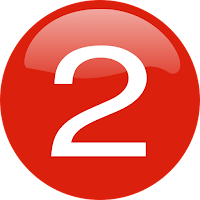 The Washington Capitals scored early and hung on late on Sunday night to capture a 3-1 decision from the Calgary Flames at Scotiabank Saddledome in Calgary. The win extended the Caps’ modest winning streak to two and ended Calgary’s three-game winning streak.

Washington opened the scoring barely two minutes into the game. Zach Sanford chased down a sliding puck deep in the Calgary zone. Out-dueling defenseman Mark Giordano for long enough to keep it alive for Jay Beagle to gather up below the Flames’ goal line. Beagle moved behind the Calgary net and feathered a soft backhand past out between the hash marks for Brett Connolly to one-timer past goalie Brian Elliott at the 2:01 mark.

Five minutes later the Caps scored again. With the Caps on a power play, a John Carlson drive went wide, rebounded off the end boards, and was redirected to the side boards by the Calgary defense. Nicklas Backstrom settled the puck and found Alex Ovechkin on the other side of the formation. Ovechkin one-timed a pass to the Flames’ net where Marcus Johansson was waiting to redirect the puck behind Elliott to make it 2-0 just 7:14 into the period.

Later in the first period the Flames halved the lead on an odd play. Nate Schmidt tried to bat the puck out of harm’s way at the Capitals’ blue line, but the clearing attempt was blocked by Matthew Tkachuk. The skating momentum of Tkachuk carried him into Schmidt at the top of the right wing circle. Schmidt was taken to the ice by Tkachuk as Mikael Backlund gathered up the loose puck. The collision between Tkachuk and Schmidt, arguably an interference penalty on Tkachuk, might have been enough of a distraction for goalie Braden Holtby to allow just enough room on the far side for a Backlund snap shot to sneak through to make it 2-1 13:44 into the period.

That would be all the scoring either team could muster through 59 minutes. Marcus Johansson got his second goal of the game into an empty net in the last minute. Jay Beagle timed a pass from Giordano to John Gaudreau just inside the Washington blue line perfectly, getting his stick on the pass to block it into the neutral zone. Beagle ran it down, and with Giordano trying to interrupt his progress down the left wing, Beagle floated a pass to the middle where Johansson was skating all alone. Johansson tapped the puck into the empty Calgary net with 24.1 seconds left to clinch the Caps’ 3-1 win.

-- Brett Connolly’s goal was his first as a Capital. Zach Sanford’s secondary assist on the play was his first point in the NHL. Now, all 19 skaters dressing for the Caps this season have at least one point. Those two were the last.

-- Alex Ovechkin had a point before he had a shot attempt. He assisted on Johansson’s power play goal at 7:17 of the first period but did not record his first shot attempt until the 6:10 mark of the second period, a power play shot on goal. He finished with three shots on goal and five shot attempts.

-- The two-goal game by Johansson was his second straight, the first time in his career that he posted consecutive multi-goal games.  With two two-goal games this season he ties a career best for a season.  This is the third season in which he had two multi-goal games, the last one recorded in the 2014-2015 season.

-- Brooks Orpik was the only Capital not to record a shot on goal.  He had two missed attempts.

-- Only the three members of the fourth line – Beagle, Connolly, and Sanford – had less even strength ice time than Ovechkin (12:46) in this game.

-- The Caps held the Flames to 22 shots on goal, the third time in eight games they allowed opponents 25 or fewer shots and the eighth straight game they denied an opponent more than 30 shots on goal.  The Caps now top the league in fewest shots on goal allowed per game (25.0).

-- This was the seventh time in eight games so far that the Caps scored the game’s first goal.  They are 5-1-1 in those games.

-- Washington held the anemic Calgary power play to one shot on goal in four minutes of two unsuccessful power plays.  The Flames are still 0-for-the-season at home on the power play (0-for-24), the only team yet to score a home power play goal.

-- Among 30 goalies with at least 250 minutes played this season, Braden Holtby lifted himself into the top ten in save percentage with his 21-for-22 effort.  He is now at .917 for the season.

Another solid road effort.  The Caps are doing it a little differently this season, at least in the early going.  They are choking the life and spirit out of teams by denying them scoring chances and shots.  It has been just the thing as the offense tries to find some consistency.  And now, the Caps could make it a very successful road trip if they can handle the Winnipeg Jets in the first of a home-and-home set that will close the four-game road trip.