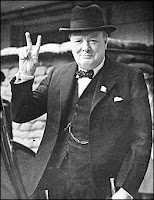 The Washington Capitals closed their two-game home stand on Sunday night with a surprisingly low-scoring 2-1 Gimmick win over the Edmonton Oilers.  It was a game that featured little scoring on both sides, but it was one that the Caps can be thankful for winning, for it was the Oilers driving play for much of the last half of the game.

The Caps had the benefit of two power plays in the first ten minutes but did nothing with either of them.  Despite the four minutes with a man advantage, the Caps took a 7-5 advantage in shots on goal to the first intermission, while the teams were tied in shot attempts at 13 apiece.  There were a couple of coincidental penalty instances late in the period involving the same players.  Tom Wilson and Patrick Maroon went off on coincidental roughing minors with 2:06 left in the period, and immediately upon exiting the penalty box at the end of their respective sentences, upped the ante and took coincidental fighting majors at the end of the period.

What the second period lacked in scoring, and it was completely lacking in scoring, was made up for by the stellar play of Braden Holtby in goal for the Caps, especially late in the period.  He stopped all 13 shots he faced, seven of them in a 2:23 span as the period was winding down.  The Oilers out-shot the Caps, 13-7, for the period and out-attempted them, 25-12.

Edmonton broke the ice 1:32 into the period when Jujhar Khaira dug a puck loose at the top of the crease and slipped it under the pad of Holtby.

Dmitry Orlov evened things up less than four minutes later when we worked a give-and-go with Tom Wilson, taking Wilson’s slick backhand feed from the left wing wall, stepping up, and snapping a shot over the glove of goalie Laurent Brossoit.

That would do it for the scoring though, Edmonton dominating the shots (29-19) and shot attempts (58-33) in regulation.

The five-minute overtime was entertaining, if you like games of keep-away, the Oilers recording the only shot on goal, pushing the contest to the trick-shot competition.  In the freestyle phase, T.J. Oshie got the only goal, that in the first round, and Holtby shut the door on three attempts by the Oilers at the other end to seal the 2-1 win.

-- Alex Ovechkin did not have a shot on goal in the hockey portion of the contest (eight attempts – six blocked, two misses).

-- This was the Caps’ first trick shot competition since Opening Night, when they defeated the Ottawa Senators, 5-4.

-- Jay Beagle had an uncharacteristically off night in the circle, winning just five of 15 draws (33.3 percent).

-- Five Capitals did not have a shot attempt in this game: Nicklas Backstrom, Taylor Chorney, Brett Connolly, Chandler Stephenson, and Jay Beagle.

-- As many Capitals were credited with hits (13) as with shot attempts (13).  T.J. Oshie led the club with five credited hits.

-- John Carlson continues to pile up minutes.  He led the club with 29:03 in total ice time.  He had more even strength ice time (26:44) than any Capital had in total.

-- The Caps are now just a tie-breaker behind Columbus for second in the Metropolitan Division and three points behind the New Jersey Devils for the top spot.

To say, “it wasn’t pretty,” does not do this game justice.  With some of the most prolific offensive talent in the league, these two teams managed just one goal apiece and just one shot between them in overtime (that by Edmonton).  But standings points are not awarded on the basis of style, and two ugly points spend as well as two handsome ones.  If the Caps go into the last game of the season clinging to the last playoff spot by a thread instead of on the outside needing help to get into the postseason, fans might look back on this game as beautifully ugly.