Week 14 is as light as it gets for workload.  The Caps started the new year playing one game for the week.  It makes for a light recap of the week, so if you want to know how it went, see the recap of the game they played.  But here is how the Caps ended the week in the larger scope of things. 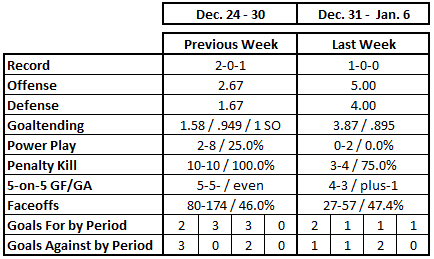 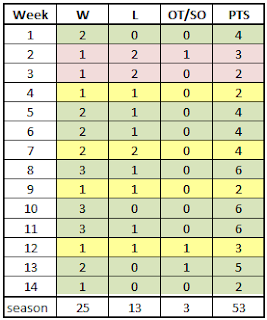 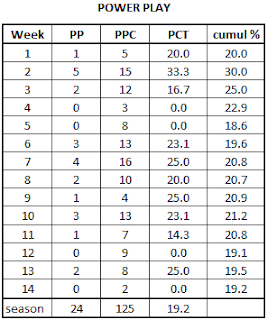 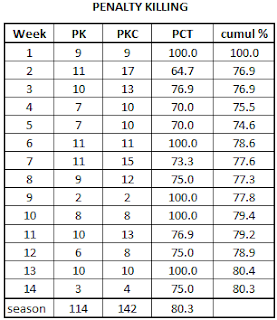 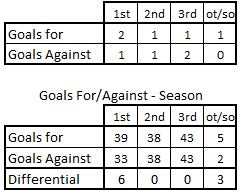 One game, one win. There is something powerful in that.  OK, powerful enough to leave the Caps at the top of the Metropolitan Division at the end of the week.  Better still, the teams pursuing them narrowed the gap some in games played, but they could not make up enough points.  The Caps are three wins clear of the rest of the Metropolitan Division in regulation/overtime wins.  It is a good place to be as the schedule begins to pick up once more.