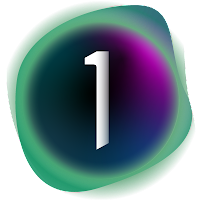 After opening the season series with the Pittsburgh Penguins with a pair of two-game sets in Pittsburgh, the Washington Capitals welcomed the Penguins to the Nation’s Capital on Tuesday night for the first game of the season series D.C.  The Caps came into the game with three wins in their last four games, while the Pens arrived sporting four wins in their last five contests.  The game went to extra time, and for the third time in three extra time games this season, the Caps dropped a decision to the Penguins, 3-2, in overtime.

Washington got an early chance with a man advantage when Mike Matheson went to the box for goaltender interference.  The Caps failed to convert, though, and recorded no shots on goal in doing so.  And then it was Pittsburgh’s chance to go on a power play when Alex Ovechkin was whistled for goaltender interference at 5:24 of the period.  They made good on their chance, Evgeni Malkin credited with a goal on a redirection of a Kris Letang shot at the 6:41 mark.

The Caps got their second bite at the power play apple mid-way through the period, Jake Guentzel off for slashing at 9:55.  However, the second power play went like the first one – no goals, no shots on goal.  The rest of the period went quietly, and after 20 minutes the Pens still had their 1-0 lead.

Washington tied the game in the fifth minute when a long cross-ice pass from Zdeno Chara to Richard Panik eluded Panik at the offensive blue line, but he scampered down the wall to retrieve it, curled hard around Mike Matheson, and slid the puck past goalie Tristan Jarry’s right pad at the 4:38 mark.

Conor Sheary put some pain in the Penguins when he gave the Caps their first lead of the game late in the period.  Evgeny Kuznetsov darted down the middle to put pressure on the defense and then deftly sent a pass to Sheary in the right wing circle for a one-timer that beat a sliding Jarry on the short side at the 13:18 mark to make it 2-1.

The Pens needed only 22 seconds to tie the game once more.  Jake Guentzel redirected a John Marino drive from the right point with the shaft of his stick past goalie Vitek Vanecek’s blocker, and the game was tied once more, 2-2.

Washington went on the penalty kill when Justin Schultz was penalized for kneeing at 16:21 of the period.  Pittsburgh failed to convert, and the teams remained tied after two periods.

-- The Caps had a whopping 26-5 advantage in credited hits.  Dillon and Dowd led the team with four apiece.

No goals, no penalties, and hardly any shots (seven for Pittsburgh, six for the Caps). So, we got to…

-- This was the sixth extra time game for the Caps this season, half of them against Pittsburgh, all of them losses (2-4 overall in extra time).

-- Zdeno Chara was the only Capital not to record a shot attempt.

-- Ovechkin was he only Capital to log all four available minutes of power play time.

-- The Caps recorded no shots on goal in four minutes of power play time.

One point puts the Caps alone in second place, but they are only one point ahead of the Penguins and the New York Islanders, and four ahead of the Flyers, who have three games in hand.  The Caps have left a lot of points on the table in 18 games, and the East Division is tight enough where that could be the big regret as the season winds down.