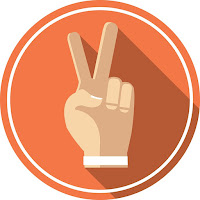 The Washington Capitals returned home from their trip to western Pennsylvania on Thursday night to host the Buffalo Sabres in ice-shrouded Washington.  In a relatively quiet contest, the Caps got even strength, power play, and shorthanded goals to hand the Sabres a 3-1 loss for their second consecutive win.

The Sabres had the first chance when a Sam Reinhart shot just over five minutes into the contest beat goalie Vitek Vanecek, but the puck rang off the crossbar, and the game remained scoreless. The teams went back and forth from there finding ways to pound pucks off iron, but none found the back of the net.

The Caps were awarded the game’s first power play when William Borgen was sent off for slashing at 16:19 of the period.  The Caps made them pay when Nicklas Backstrom backhanded a pass through the slot to Alex Ovechkin for a one-timer from the left wing circle.  Goalie Linus Ullmark made the initial save, but the puck bounced back to Ovechkin for a second whack.  That one ended up at the top of the crease where Backstrom came from behind the net to shove it the last couple of feet behind Ullmark, and the Caps had a 1-0 leave 17:23 into the period.  That would be how the teams went to the first intermission.

-- Each team recorded six shots on goal for the period, while the Caps led in shot attempts, 19-15.  Alex Ovechkin was the only Capital with two shots, and he led the team with four shot attempts.

-- Of the 34 total shot attempts for both teams, 15 were misses, three were off iron (two for Buffalo, one for the Caps).

-- Buffalo out-hit the Caps, 12-8. Ovechkin was the only Capital with more than one (three).

Buffalo had the first power play of the middle frame when T.J. Oshie was called for high-sticking the 5:46 mark. It would be the Caps converting shorthanded, though.  Tom Wilson stripped the puck from Sam Reinhart at the defensive blue line and broke out with Nic Dowd on a 2-on-0 break.  Wilson carried the puck the length as Dowd pulled up behind him and deked Ullmark to the ice before slipping the puck around his right pad to make it 2-0, 6:38 into the period.

The teams went back and fort over the last half of the period, but there was no further scoring, and the Caps took a 2-0 lead to the dressing room.

-- The teams were still split down the middle in shots through 40 minutes, both with 17 shots on goal.. Washington had a 39-30 edge in shot attempts.

-- He did not have any shots on goal in the second period, but Ovechkin still led the team through 40 minutes with four shots on goal and seven shot attampts.

-- The Caps out-hit the Sabres through 40 minutes, 20-14, Ovechkin leading the club with four.

The Caps put the game away in the eighth minute of the third period when Justin Schultz skated the puck down the right wing with speed.  Crossing the offensive blue line and skating the puck deep in the right wing circle, he fed the biscuit back to Lars Eller trailing the play.  Eller one-timed a shot that was kicked aside by Ullmark, but Conor Sheary jumped on the loose puck and flipped the puck behind Ullmark high into the net to make it 3-0, 7:28 into the period.

The only mystery left in the last half of the period was whether Vitek Vanecek could record his first NHL shutout after having a shutout broken up with a third period goal in the Caps’ 3-1 win over Pittsburgh on Tuesday.  Unfortunately, Vanecek had his shutout spoiled on a Victor Olafsson power play goal at the 11:27 mark, but it would be the only goal Vanecek would allow in the Caps’ second straight 3-1 win.

-- Buffalo out-shot the Caps, 23-21 for the game (Washington had only four third period shots, scoring once).  Washington led in shot attempts, 50-45.

-- Zdeno Chara did not have a point, but he was the only Capital finishing with a plus-2 rating.

-- Alex Ovechkin did not have a shot on goal after the first period, but he led the club in shots nevertheless (four), and his eight shot attempts led the team.

-- Three Capitals did not record a shot attempt – Justin Schultz, Zdeno Chara, and Richard Panik.  All were “plus” players nonetheless.

-- Neither Nic Dowd nor Lars Eller took an offensive zone draw; Nicklas Backstrom did not take a defensive zone faceoff.

-- This was the first game this season in which the Caps scored at even strength, on a power play, and shorthanded.  The shorthanded goal by Tom Wilson was the Caps’ first of the season.

Not a great win, but a solid win.  It allowed the Caps to jump over the New York Islanders into third place in the East Division and a tie-breaker out of second place (Philadelphia).  The Caps did not fire on all cylinders, but one does get the sense they are bending the performance curve once more toward success after their four game losing streak.  Just in time for a trip to New York on Saturday.