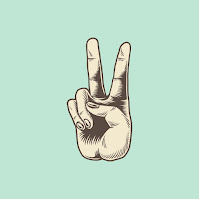 The Washington Capitals and Philadelphia Flyers renewed their regular season rivalry for the 228th time on Tuesday night at Capital One Arena in Washington.  The Caps came into the contest trying for a third consecutive win for the first time in April, which would enable them to hang on to the top spot in the East Division.  The Flyers came into the game losers of three in their last four contests (1-2-1) and just 8-12-3 since March 1st.  The Caps scored early and often, and breezed to a 6-1 win over the Flyers.

Conor Sheary got the Caps on the board when from the left wing circle, Daniel Sprong found him cutting across the slot.  Sheary walked the puck clear of Jakub Voracek, and with goalie Brian Elloitt out of position, Sheary snapped a shot off a severe angle behind Elliott to make it 1-0, 7:07 into the game.

The Flyers tied it on a “what he taketh, and he giveth away” play by Ilya Samsonov.  After foiling a breakaway, he gave the puck away moments later from behind his own net, sending it up ice onto the stick of James van Riemsdyk.  His shot from the right wing circle was redirected by Sean Couturier up and over Samsonov at 8:45 to make it a 1-1 game.

Washington went to the power play when Shayne Gostisbehere was sent off for elbowing at 9:57.  Tom Wilson made the Flyers pay when Sheary threaded a pass out from two Flyers from in tight to Wilson on the right side, and he flipped it over the left shoulder of Elliott to make it 2-1, 11:32 into the period.  Anthony Mantha was credited with an assist for his first point as a Capital.

Nicolas Aube-Kubel took an interference penalty at the 15:46 mark, and it cost the Flyers.  The Caps added to their lead on the power play, Nicklas Backstrom taking a cross-ice feed from Alex Ovechkin on he right side and waited until Elliott committed and snapped it over his sprawled body at the 16:25 mark.

Less than two minutes later, it was 4-1.  It starter with a harmless enough looking shot from Carl Hagelin as he was backing toward the blue line at the right point.  It was blocked in front, but the puck made its way to John Carlson low in the left wing circle.  Carlson spotted Hagelin re-entering the play, skating down the middle in open ice.  Carlson fed him at the inside edge of the right wing circle for a one-timer that trickled between Elliott’s pads at the 18:21 mark.  That would close the scoring for the first period.

The Caps went a man short when Nic Dowd was called for cross-checking at the 6:26 mark of the period.  The Caps allowed one inconsequential shot on goal and killed the penalty.

The Caps then added to their lead when Anthony Mantha took a feed from T.J. Oshie in stride cutting across the middle, waited to get a shooting lane, and rifled a shot across his body over the glove of Elliott and into the top corner of the net at the 9:22 mark to make it 5-1, Caps.  It would be the only scoring in a quiet second period.

-- Washington outshot the Flyers, 7-6, in the second period but were out-attempted by the Flyers, 14-9.

-- T.J. Oshie had five shots on goal through two periods to lead the Caps; Oshie and Anthony Mantha each had five shot attempts through 40 minutes.

-- Nic Dowd and Evgeny Kuznetsov were the only Capitals without a shot attempt through two periods.

Washington went to a power play early in the third when Robert Hagg was sent to the box for slashing at 3:27.  The Caps converted when Alex Ovechkin took a feed from Tom Wilson at the top of the left wing circle, settled the puck and wristed a laser that beat Elliott cleanly on the short side at 5:10 to make it 6-1, Caps.

Garnet Hathaway was penalized for tripping at 6:25 of the period.  Philadelphia managed one shot on the power play but no goal.

There would be no more scoring, and the Caps held on to first place in the East Division with a 6-1 win.

-- With his second period goal, Anthony Mantha became the 20th Capital to record at least one multi-point game this season.

-- Conor Sheary went 1-2-3, his first three-point game of the season and first since he had a goal and two assists against Tampa Bay in a 6-4 Buffalo loss to the Lightning on New Year’s Eve 2019.

-- Nic Dowd and Evgeny Kuznetsov finished the game with no shot attempts.

-- Anthony Mantha led the team with six shots on goal.

-- Ilya Samsonov ended a troublesome streak of four games allowing four or more goals, stopping 29 of 30 shots, half of those shots faced coming in the final period.

When the Caps beat – and beat up – the Boston Bruins, 8-1, in their previous game, it was a against a team decimated by injuries to the defense and goaltenders.  In this game, they beat a team that looks as if they are planning tee times for May.  Nevertheless, the Caps got two points in each game, and that is the only currency that matters.  Now, on to play the worst team in the league when the Buffalo Sabres visit on Thursday.  But this is no time to get a swelled head about their performance.