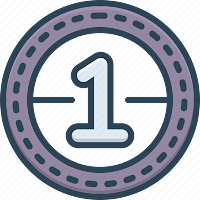 The Washington Capitals hosted the Detroit Red Wings at Capital One Arena on Wednesday night n a matchup of teams at different points on the hockey spectrum.  The Caps are the veteran team with a Stanley Cup in their recent history, a team will skill and grit throughout the lineup.  On the other side, the Red Wings are a team still in a rebuilding phase, looking to return to the elite stratum of the NHL, a position they occupied for a quarter of a century until time and age brought their long run of playoff appearances to an end in 2017.  The Caps scored early on a pair of power play goals, but the Red Wings fought back to force overtime and broke through on a Dylan Larkin strike to earn a 3-2 win.

Detroit went to a power play in the first minute of play, Dmitry Orlov going off for tripping.  Detroit moved the puck smartly, but Vitek Vanecek made a couple of fine stops to keep the visitors off the board.

The teams went back and forth without much in the way of dangerous chances with nothing to show for it, but T.J. Oshie drew a tripping penalty from Sam Gagner at the 17:18 mark.  Alex Ovechkin converted the man advantage when he snuck down to the goal line to the right of goalie Thomas Greiss.  Ovechkin one-timed a pass from Lars Eller across the low slot, but Greiss made the initial save.  The puck rebounded back to Ovechkin, and he made good on the second chance, banking the puck off Greiss and in to make it 1-0, Caps, 19:05 into the period.

Detroit was awarded its second power play of the contest just before time expired, Nic Dowd going off for cross-checking at 19:56.  The last seconds ticked off, though, and the Caps took their one-goal lead into the first intermission.

The Caps denied the Red Wings a shot on goal on the remaining time of the power play they carried into the period.  The Caps then got a power play of their own when Lars Eller went in on a breakaway and was hooked by Danny DeKeyser at 3:56 of the period.  Evgeny Kuznetsov wasted no time converting the man advantage when he slammed a shot off the ensuing face off past Greiss to make it 2-0, 4:00 into the period.  The play was made possible when Conor Sheary stepped into the faceoff circle after the Red Wings won the draw and took possession of the puck, leaving it for Kuznetsov to work his magic.

Detroit halved the lead 9:17 into the period when Filip Hronek took a pass from Vladislav Namestnikov as he cut to the middle, circled around Vanecek and tried to tuck the puck in, but the biscuit slid through the crease for a slam dunk for Adam Erne.

Washington went a man up for the third time in the contest when Troy Stecher went to the box for tripping Alex Ovechkin at 10:39 of the period.  The Caps failed to make it 3-for-3 on power plays and skated on with their 2-1 advantage.  That would be the lead the Caps took to the locker room after 40 minutes.

-- Evgeny Kuznetsov was the only Capitals with a plus winning percentage on faceoffs through two periods (6-for-11/54.5 percent).

Detroit tied the game early in the third period when the Caps could not get the puck out their own end, and then their defense got caught out of position, Martin Fehervary unable to contain Robby Fabbri who was all alone at the top of the paint to nudge the puck past the right pad of Vanecek at 2:03 of the period.

The Caps skated with some more energy after Detroit tied the game, and it paid off when they went on a power play 9:15 into the period, Michael Rasmussen going off for hooking.  Washington did not convert, and the teams played on, tied at two goals apiece.  Neither team could break the tie in regulation, and we went to…

Detroit won when Dylan Larkin used Justin Schultz as a screen from the left wing circle and snapped a shot past Vanecek’s glove on the far side for the 3-2 Red Wings win.

-- This was the first game of the season that the Caps failed to score at 5-on-5.

-- Hendrix Lapeirre had only 12 shifts and 8:01 in ice time, none in the last nine-plus minutes or overtime.

-- This was Vitek Vanecek’s fifth loss in extra time in 23 home games played so far in his career (and third this season).

The Caps just seemed to roll it up after they scored two power play goals and, with the exception of a couple of bursts in the third period, played as if the Red Wings would respect their elders and go quietly.  They didn’t.  They just out-worked the Capitals most of the last 40 minutes, and it paid dividends.  Sure, the Caps are still without a regulation loss in seven games, but they have left two points on the table – at home, against Calgary and Detroit – that they might need later on this season.