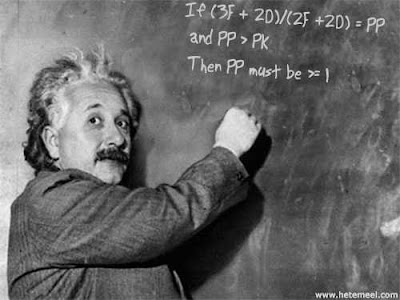 Zis is the vay it's zooposed to verk, ja?
Posted by The Peerless at 9:10 AM 4 comments:

Well, the most exciting frustrating team in hockey let a lead get away for the second straight game, dropping a 2-1 decision to the Phoenix Coyotes, and all of a sudden we’re just about back to where we were at this time last year.

From last night’s game, the “at leasts”…

At least the Caps had a good night in the circle – 64 percent overall, and every Cap taking a draw won more than he lost

At least Jose Theodore had another solid overall game (1.54 GAA, .945 SV since giving up three early goals to Pittsburgh)

But mistakes and bad habits have crept into the Caps’ game lately. Two defensive breakdowns – one a product of judgment, the other the product of awareness – led to the two Phoenix goals. Tyler Sloan made the wrong choice in trying to clear the puck from the Caps’ zone, putting it on the stick of Olli Jokinen, who found Mikkel Boedker cutting down the middle to beat Theodore. Morrison simply lost track of the only Coyote in the area – Peter Mueller – who converted a feed from Martin Hanzal for the winner.

As for the rest, the Caps started reasonably well, only to see the air leak out of the balloon as the game wore on…13 shots…11 shots…eight shots. Even the penalties – of which all four were of the “obstruction” variety (hooking, holding, interference, tripping) – hinted at the lack of focus. And, it’s not as if the Caps put the same sort of pressure on Mikael Tellqvist that the Coyotes put on Theodore. The shot chart suggests the Caps were bombing away from the outside, while Phoenix was getting more chances “in the paint.

One concern might be that the “young guns” are packing cap pistols on this road trip (no pun intended). Alex Ovechkin, Alexander Semin, Mike Green, and Nicklas Backstrom…17 shots, no goals, two assists, -1, last night (25 shots, no goals, three assists, even in the last two games).

The differences between last year and this are that, first, the club doesn’t need to have a change in philosophy to unleash their talent, and second, there isn’t the uncertainty surrounding the question of whether or not they’re good. But no team can just show up and get a win. Like we said, the Caps aren’t sneaking up on anyone this year, and the effort has to match the expectation. The hardest test of the road trip is perhaps to come – Dallas can be a suffocating team. The Caps certainly have the talent and depth to deal with that. But if they visit the Stars and skate a game like this, the question won’t be whether they win, but whether they score.
Posted by The Peerless at 7:03 AM 2 comments: