All Quiet on Fun Street....And That's a Good Thing 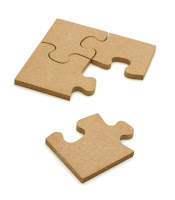 We’re about to head into the Fourth of July holiday weekend, and before the cousins go off to see what they can blow up over the next few days, we caught up with them to talk about the first two days of free agency and what the Caps…


“The Caps signed someone?”
No, Cheerless, the Caps didn’t sign anyone.


“Well, cuz, there is Dany Sabourin.”
“Hey, what happened to the other ‘n?’”
What’s that, Cheerless?

“Focus on what? The Caps haven’t done anything.”
Now, now… it’s early.


“I think he means playoff season, cuz… right?”
“uh, yeah, sure… that’s what I meant.”
Well, anyway, what do you think of the Caps being quiet so far?


“Given what some of those free agents are signing for, the Caps would have to be nuts to have outbid those teams for those players.”
What do you mean, Fearless?

"Yeah, he’s costing the Devils $4.25 million a year – less than a lot of folks thought he might go for – but that doesn’t include what you’re paying that guy who is going to be in his place for 15 games, either.”
I take it he’s not the only one…


“Jordan Leopold… $3 million a year for what, exactly? He’s been a minus player at every stop – Calgary (twice), Florida, Colorado. OK, he was a plus player in 20 games at Pittsburgh. Color us unimpressed. At least not impressed to the tune of $3 million a year.”
And?


“The Penguins bought Paul Martin and Zbynek Michalek. They’re going to pay their top four defensemen $16.25 million next year. They are $2 million under the salary cap and aren’t bringing back a winger who had as many as 40 points last year. On a team with Crosby and Malkin?”
And?


“Henrik Tallinder… nice player. $3.4 million nice? $5.5 million for Sergei Gonchar, who will be 39 in the last year of that deal?”
“Geez, cuz… you’re on a roll.”
“For heaven’s sake, look at the top seven defensemen signed so far – they just so happen to have the seven biggest contracts in total dollars. Those seven defensemen will average $4.2 million a year for the 33 total years of their contracts.”
And?


“There is a real disconnect between what many of these players are worth and what they signed for. Nice players in some respects, but paying a second pair defenseman top-two money? And frankly, once you get past Kovalchuk, this forward class is really, really thin.”
I see your point.


“What were Caps fans expecting, given these signings? They have almost $17 million in cap room and ten roster spots to fill, according to the folks at capgeek.com, if you assume Tyler Sloan is not on the parent roster in October. They have to make signing decisions on Eric Fehr, Boyd Gordon, Tomas Flesichmann, Jeff Schultz, and Andrew Gordon. All of them could be on the opening night roster, and so could Mathieu Perreault. That would be consistent with the aim of promoting from within, and the Caps might have 20-21 roster spots encumbered with maybe $7 million or so in cap room.
“But then again, the Caps will have decisions to make on Alexander Semin, Brooks Laich, Mike Knuble, Matt Bradley, and Tom Poti next summer, not to mention the kiddie goaltenders coming up for renewal. Doesn’t mean the Caps need to worry about the cap space this year as much as term regarding any potential free agents. They can’t have much in the way of long term contracts hamstringing their ability to keep their own – and in many cases better – players.”
I guess in the end, relying too much of free agents is at best a two-edged sword. You’re getting good players – although this seems like a lackluster class, in general – but you’re almost certainly going to overpay. Sometimes you do it because you have a hole, and you don’t have a remedy in your own system. A Mike Knuble for example last year, and you could make a case for the Penguins signing a Michalek or a Martin (although the Penguins signing both leaves them no room to address their winger problem). But it’s almost as if some teams saw that the cap went up by a couple million dollars, and they thought they had to spend the new found money.

We get that the off season has barely started. There are a number of free agents that might yet be a decent fit for the Caps, which is why we cannot get all bent out of shape over the Caps being quiet through the first two days. With signings – of their own RFAs and whatever unrestricted free agents they might acquire – and trades yet to come over the next three months, plus figuring out how their own pieces will fit into their plans for the fall, it’s hard to reach a judgment on how the Caps have done based on two days of work.
Posted by The Peerless at 11:14 PM 3 comments:

About a third of the teams in the NHL sat out signing any unrestricted free agents of note yesterday. The Washington Capitals were one of them. It was as if they were out on the sidewalk gazing in at the sparkling toys and gifts in the window, knowing full well that they were not going to head into the store to make any purchases. Was it surprising? Was it the right thing to do? Well, looking at the individual players that might have been on the Caps radar, let’s look first at the defense and what they signed for...

Verdict?... Look at the terms. Like it or not, the Caps just don't do long term FA deals for other teams’ players, and there was little chance (based on that history, at least), that the Caps were going to offer up five or more years for the younger defensemen on this list. Since the lockout, the Caps have signed two noteworthy defensemen via free agency – Brian Pothier (four years, $10 million) and Tom Poti (four years, $14 million). It is just not the Caps M.O. to go long on terms for UFAs.

There are those who will argue that the situation at center – that being who will center the second line – is a more urgent problem to be addressed by the Caps. At the moment, the candidates for that slot would be: Tomas Fleischmann, Brooks Laich, and Mathiew Perreault. All are capable players in some respect, or (in the case of Perreault) have the promise to be such a player.  None of those possibilities is going to strike fear in the hearts of opponents as a second-line center, even if the Caps are returning the most prolific offense in the NHL for the 2010-2011 season.

As for the players who signed, we think the term for Saku Koivu would have been friendly for the Caps, but $5.0 million just isn’t something that makes a lot of sense, given the Caps’ existing salary structure (edit: well, it wouldn't at that price, but at $2.5 million -- as a commenter pointed out -- it might have been nice). As for Cullen, he’s a nice player in a lot of respects, but he is also a player stuck in the 45-50 point range for the last half-dozen seasons or so, and he will be 34 a month after next season starts. Think he’s going to be a 50-60 point player for the Caps for three years? We are not sold on that conclusion. As for the others, either would likely be an upgrade to what the Caps have to ice right now (although whether Modano would be is not a certainty in that respect; he’s averaged about 50 pts/season since the lockout). This just points how very thin the group of centers the Caps is, at least until Marcus Johansson, or perhaps Mathieu Perreault, are ready to assume the role behind Nicklas Backstrom.

The Caps almost certainly will not go through July without signing a free agent (ok, it looks like they signed Dany Sabourin). They might even sign one today. But it is not a certainty. The fact is, the Caps sign their own soon-to-be free agents to long term deals (Ovechkin, Backstrom, Green). They don’t sign other teams’ free agents to such deals. Their sweet spot for free agents seems to be the second or third tier player at a modest salary to fill a role for a limited term.  Like it or not (and we subscribe to this view), that has been a part of “the plan.” It is not surprising, then, that the Caps did not sign any of these defensemen or centers. It would seem that the Caps have cast their lot in trying out their farm hands for more responsible positions and waiting for trades to shore up deficiencies.

For the record, we think spending lavishly on high-end free agents (and this looks like a thin crop this year) is a fool’s errand in almost all cases. Teams overpay for talent for too long a term that ends up being something of a burden at some point. But as for sitting out Day One being the right thing to do, if Volchenkov wins a Cup in New Jersey, if Hamhuis wins one in Vancouver, or – heaven forbid – Martin and Michalek win a Cup in Pittsburgh before the Caps win one, then at best you would have to question whether the Caps’ plan – either in concept or execution – has a Stanley Cup sitting at the end of it.
Posted by The Peerless at 8:26 AM 5 comments: