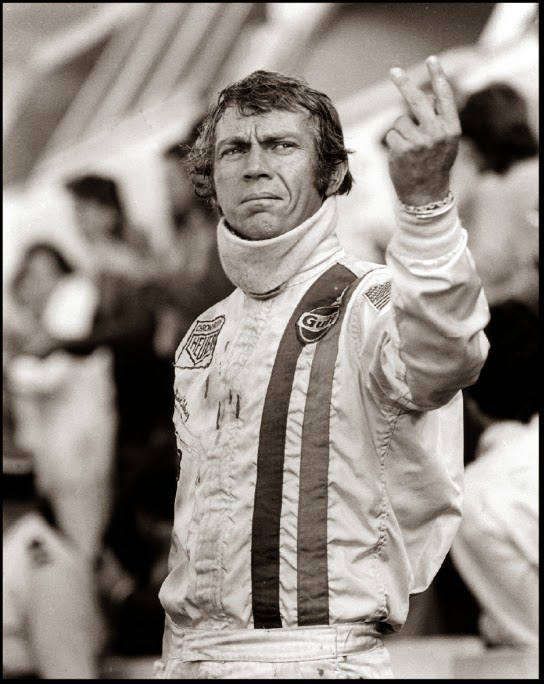 Jazz fans out there might know of a Miles Davis album titled, “Birth of the Cool.”  Last night at Verizon Center, fans of the Washington Capitals might have seen the debut of their own “Birth of the Kool.”  As in “Kuznetsov.”

Evgeni Kuznetsov recorded his first NHL point, an assist on a power play goal by Alex Ovechkin, then added a pair of assists, including a helper on what would be the game-winning goal by Mike Green in the Caps’ 4-3 win over the Vancouver Canucks last night at Verizon Center.

Not that the game was without its tense moments for the Caps.  Joel Ward got things going for the home team mid-way through the first period.  It was a case of something we have not seen the Caps accomplish much lately: speed in numbers through the neutral zone.  Jason Chimera took a pass from Ward at the red line and charged down the left side with Ward and Eric Fehr in tow, backing off the Vancouver defense.  As Chimera got to the far edge of the left wing circle, he threw the puck to the front of the net where Fehr was coming late.  Defenseman Ryan Stanton stuck his leg out to try to interrupt Fehr’s shot.  Goalie Eddie Lack looked as if he was synced to Stanton, sticking his left pad out to defend the shot.  Lack’s move left him lying on his side at the edge of his crease and unable to defend when Fehr’s shot rebounded off the end boards back onto his stick.  Fehr took another swipe at it, pushing the puck to the other side of the crease where Ward had an empty net to shoot at.  Ward slid the puck in, and the Caps had the early lead.

Jordan Schroeder tied the game three minutes later after the Caps had a “Keystone Caps" moment.  Mike Green collected a loose puck in the slot in front of goalie Jaroslav Halak and tried to move it up to Alex Ovechkin circling to head up ice.  The ice traffic controller was not doing his job, though.  Jay Beagle was just a few feet in front of Ovechkin and in his path, and Dan Hamhuis was closing to defend for the Canucks. A mid-ice collision ensued, Ovechkin hitting both Beagle and Hamhuis, sending both to the ice.  In the ensuring confusion, with the puck finding its way to the left wing boards, Zack Kassian found it and backhanded it to Schroeder in the high slot.  Schroeder stepped in and wristed it over Halak’s glove and the game was tied going into the first intermission.

The it became The Kuznetsov Show.  In the ninth minute of the second period and Tom Sestito off for Vancouver on a hooking penalty, Joel Ward won a faceoff in the Canucks’ end to John Carlson at the right point.  Carlson slid the puck to Alex Ovechkin at the left wing circle, but Ovechkin’s one-time went wide off the glass.  Kuznetsov recovered the puck and assumed the Nicklas Backstrom position at the right wing wall looking over the play.  Kuznetsov sent the puck out to Carlson at the point, and Carlson reloaded the rifle on the left wing, Ovechkin one-timed Carlson’s pass past Lack, and the Caps had the lead, Kuznetsov recording his first NHL point.

Four minutes later it was the fourth line’s turn to shine.  One could not have drawn this up any prettier.  Mike Green backed off to his own blue line to control the tempo of the play and then slid the puck across to defenseman partner Jack Hillen.  Hillen sent the puck up to Jay Beagle steaming through the neutral zone.  As Beagle crossed the red line he found Kuznetsov on the left wing at the Vancouver blue line.  Kuznetsov skated down the boards and wound up as if to let fly with a slap shot.  Instead, he sent a slap pass to Tom Wilson skating through the right wing faceoff circle. Wilson deftly handled the hard pass and wristed the puck over Lack’s glove into the top corner, and the Caps had a two-goal lead going into the second intermission.

Two-goal lead…two-goal lead.  You know what is coming.  Vancouver wiped that out in the span of three minutes early in the third period. Chris Higgins got the comeback started when he finessed the puck around defenseman Connor Carrick at the left wing wall in the Caps’ end, then found the late trailer Shawn Matthias for an uncontested wrist shot in the slot that eluded Halak.  Then it was Niklas Jensen taking a pass from Higgins, firing a snap shot under the arm of Karl Alzner trying to block the shot, and celebrating his first NHL goal when the puck found its way past Halak’s blocker to tie the game at 3-3.

The Caps had one more goal in them, though.  It started with Kuznetsov using his skating ability and long reach to circle the puck around the Vancouver net with Alexander Edler trying to separate him from the biscuit.  Circling out from Lack’s right, Kuznetsov snapped the puck to the front of the net where Nicklas Backstrom deadened it with his skate.  Backstrom skated the puck back around behind the net and sent it out to Mike Green in the high slot.  Green dialed up an old favorite, a wrist shot that went high over Lack’s glove and into the top of the net for the game-winner, Caps 4-3.

-- We told of an instance in a recent game against the Pittsburgh Penguins of the Penguins treating the Caps like skating drill pylons, moving the puck among all five skaters in moving the puck the length of the ice for a goal over a six second span.  Well, give credit where it is due.  The Caps did just that on the Tom Wilson goal.  Mike Green, Jack Hillen, Jay Beagle, Evgeny Kuznetsov, and Tom Wilson – the goal scorer – all touched the puck on a play that took eight seconds to complete.

-- Kuznetsov is already tied for 20th on the team in assists.

-- In case you are wondering, Evgeny Kuznetsov is not the youngest Cap ever to record three or more assists in a game.  Not even close.  Nicklas Backstrom, for example, did it eight times by the time he reached Kuznetsov’s age (shoulda come earlier, kid).  But doing it in his third game with the Caps?  Yes, that’s special.

-- The Caps have had their lunch taken and eaten in front of them in the faceoff circle lately.  Last night it was the Caps’ turn to dine at the opponent’s expense, winning 35 of 58 draws (60.3 percent).  Nicklas Backstrom won 13 of 14 faceoffs (92.9 percent).  He lost the only draw he took against Jordan Schroeder for his only loss on the night.

-- The Caps killed all three shorthanded situations they faced.  It made it two games in a row, the first time they were perfect on penalty killing in consecutive games since February 4/6.  And it was there that the Caps established a foothold for success.  Halak turned away five Vancouver shots on two power plays in the first 15 minutes in the first period.

-- Is there something to this keeping shots to the outside thing?  Of the 74 shot attempts allowed to Vancouver, 20 of them came from defensemen.  Then again, the Canucks had 20 shot attempts by defensemen for the evening, the Caps had a total of 21 shots on goal for the game.

-- Tom Wilson… five shot attempts, four hits, three shots on goal, plus-two, one goal.  A partridge in a pear tree was waiting for him in his locker after the game.

-- Kuznetsov gets the kudos for his three-point night, but almost as noteworthy is that nine other Caps recorded points (all singles).  That’s spreading things around.

-- For Mike Green, his goal was his first even strength goal since January 28th and his first game winner since that same date when he had a pair of goals in a 5-4 overtime win over Buffalo.

-- The three goals scored by Vancouver was only the second time they reached the three-goal mark in their last 13 games.  They lost both times (the other a 7-4 loss to the New York Islanders).

They sure made it interesting, more so than perhaps they needed.  But two points is two points.  It means that the Caps have closed to within a point of Philadelphia for the last playoff spot, although the Flyers hold three games in hand on the Caps.  And that means that there is more work – a lot more work – to do.  But Washington might have introduced a new player in the band.  Evgeny Kuznetsov did it with his stick on the Wilson goal and with his skates on the Green game-winner, displaying a virtuosity the club certainly could use going down the stretch.

Posted by The Peerless at 8:07 AM No comments: