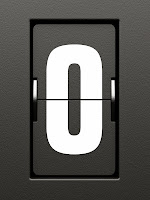 This is where we say, “well, there goes an 82-0-0 season for the Washington Capitals.”

There was, though, something for everyone in the Caps’ 6-4 loss to the Chicago Blackhawks.

If you were inclined toward making Randy Carlyle or Dave Nonis jokes, there was Mikhail Grabovski scoring three times for his tenth career multi-goal game and his first career hat trick.

If you were inclined toward sarcasm about Alex Ovechkin flying to Greece for a ten-minute appearance and flying back to Chicago, so drained by jet lag that he scored the Caps’ first goal of the season, well, consider your wishes fulfilled.

If you were a Mike Green fan, you might have been muttering under your breath about not one, but two goals less than five minutes apart taken away by the official scorer and awarded to Grabovski.

If you have been saying that the Caps had issues on the bottom half of their defensive squad, you will have more to say this morning.

If you had hopes that the teens would be keen… it will have to be another night that your hopes are fulfilled.

If you enjoy Pierre McGuire gushing over, well, anything… he gushed like a well in west Texas.

When Washington took the lead on the Grabovski hat trick goal at 5:16 of the third period, it looked as if the spell had been broken.  Blackhawks goalie Corey Crawford looked uneasy after the goal to the point where it seemed a goaltending change to Nikolai Khabibulin was imminent.  But Crawford stopped the last nine shots he faced, the Blackhawks scored the last three goals (the last a goal awarded when Marian Hossa was tripped by Mike Green as Hossa was skating to an empty net), and the Hawks made their championship celebration night complete.

-- For the second straight opening night, Braden Holtby faced 34 shots.  And, with the same unfortunate results.  Last January, Holtby allowed six goals on 34 shots in a 6-3 loss to Tampa Bay.  Last night, five goals on 34 shots.  Given how he finished his season in 2012-2013, color us unconcerned…for the moment.

-- The Caps grabbed the momentum, so to speak, after the Grabovski hat trick goal at 5:16 of the third period, but let the momentum bleed away after that.  They managed only one shot on goal in the next 10:55 while the Blackhawks scored twice to regain the lead.

-- …which means they were entirely too dependent on the power play.  The Blackhawks outshot the Caps, 25-18, at even strength and outscored them, 5-1.

-- Nine goals is an “Ovechktrick.”  What is nine shots on goal?  Here’s the thing… maybe after a long flight to and back from Greece and a big opening night ceremony, there is a certain adrenaline rush that ensues to keep one going early.  Ovechkin had six shots on goal in the first period, three in the last 40 minutes.  Just spitballin'.

-- We wonder…if it was Brooks Laich scraping behind Corey Crawford and having both feet in the crease as Grabovski was scoring a goal, would that goal have been allowed…last night…in that arena?

-- Holtby will not put this one in the scrapbook (they don’t keep “scrapbooks” anymore, Peerless), but those two saves on breakaways by Jonathan Toews and Patrick Kane were keepsakes (do they have “keepsakes?”).

-- The Kane goal…yeah, the one where Toews had both feet in the crease as the puck crossed the goal line.  That one caught Eric Fehr going in precisely the wrong direction, against the grain of the play.  This was opening night, but more important, the first game Fehr played in the middle.  You thought he would be error-free?

In the end, it was an opening night a bit different from others of recent memory.  There were new players – Grabovski, Tom Wilson, Carrick, Michael Latta.  There were familiar players in new roles – Martin Erat getting fourth line minutes, Eric Fehr playing a new position.  This is going to take some sorting out, particularly at even strength (where, frankly, the Caps looked rather poor).  This is why we opined that the Caps will not win the President’s Trophy or their division.  The first month is likely to look, if not as gawd-awful as last season’s, then one prone to fits and starts.

As the season moves on Holtby will be sharper, Wilson and Carrick will get their sea legs under them, Fehr will become more comfortable with his position, Erat will get more ice time.  At least, that is the hoped for evolution.  Tonight, it was apparent that the Caps have promise, but they also have work to do to grow into their promise.

Posted by The Peerless at 12:46 AM No comments: