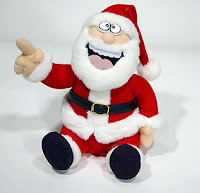 For a game that had just two goals scored in the hockey portion of the contest, the Washington Capitals and the New Jersey Devils had their moments in the Devils’ 2-1 trick shot win.

The scoring was sparse, initiated by the Devils after a scoreless first period.  It was PA Parenteau doing the honors, taking advantage of a giveaway by Evgeny Kuznetsov out of his own corner, trying to find Dmitry Orlov with an ill-advised no-look pass.   The puck slid out to the high slot where Parenteau was filling in.  His shot appeared to nick Orlov on the way through, and it was just enough of a change in direction to elude goalie Braden Holtby to make it 1-0, just 1:05 into the second period.

It took the Caps until the third period to solve Devils goalie Keith Kinkaid, and it came while shorthanded.  It was the product of superb effort by Daniel Winnik to start and end the play, and by Jay Beagle to keep the play alive.  It started with Winnik collecting a loose puck at his own blue line and skating it up the right wing.  Winnik shielded the puck away from Adam Henrique as he closed on the net and managed to get a shot on Kinkaid.  As Kinkaid fought off the shot with his right pad, Beagle was closing on the left side.  He outdueled Yohann Auvitu for the puck, and from his knees he found Winnik at the top of the crease.  Winnik’s first whack at the puck was stopped by Kinkaid, but not the second one. Winnik slid the puck past Kinkaid’s right pad, and the score was tied, 1-1, 3:50 into the third period.

That would be all the scoring, though, and the game went to the freestyle competition.  T.J. Oshie and Evgeny Kuznetsov came up empty, while Mike Cammalleri and Jacob Josefson scored to give the Devils the extra standings point.

-- The 44 shots on goal was a season high for the Caps, topping the 41 they recorded in on Opening Night in a 3-2 Gimmick loss to the Pittsburgh Penguins.  High shot volumes have not been the Caps’ friend this season.  With this loss, the Caps are 5-3-4 when recording 35 or more shots on goal.

-- Winnik’s six shots came in just 12:36 in ice time, and he managed to get all of his shot attempts on net.

-- The Caps had as many shots while shorthanded as the Devils had on their power play (4).

-- Coming into this game, the Caps were 9-0-1 when allowing one or no goals.  This made it two Gimmick losses in such situations, their first this season on home ice.

-- All of a sudden, the power play has gone cold again.  After recording power play goals in five straight games and seven of eight contests, the Caps extended their current drought on the man advantage to four straight games, going 0-for-4 against New Jersey.

-- Meanwhile, the penalty killers are doing just fine.  After shutting out the Devils on four man advantages, the Caps have run off five straight games without allowing a power play goal (15-for-15) and seven of their last eight games (27-for-28).

-- The loss dropped the Caps to 4-5-3 in the Metropolitan Division.

There was a glass-half-full/glass-half-empty quality to this game.  In the full half of the glass was getting 44 shots on goal.  In the empty half was Keith Kinkaid seeing first shots all too clearly and the Caps not doing, or being prevented from doing much about getting to rebounds.  The Devils played to keep shooting lanes clear for Kinkaid to focus on the puck while boxing out Caps from setting screens or jumping on loose pucks.  For a team as offensively-challenged as the Devils (27th in scoring offense) and missing Taylor Hall to boot, it would seem to be the style that gives them the best chance to win.  The Caps did not do enough to shake the Devils out of their protect-the-house style, making a 44-shot volume seem more impressive than it was.  The Caps will get a chance to show if they learned anything when they face the Devils in the back half of the home and home on Saturday afternoon.