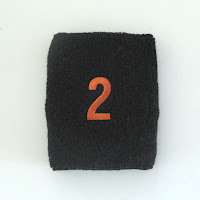 Washington’s 5-4 overtime win over the Anaheim Ducks was a game in three acts. In Act I, the Caps sucked. There really isn’t any way to dress that pig and make it a prom queen. For the first 30:41 on this game, the Caps looked listless, uninterested, and as if they were suffering from some weird strain of group mononucleosis. It wasn’t as if the Ducks were channeling the 1978 Montreal Canadiens out there, but they were opportunistic. The second line of Andrew Cogliano, Saku Koivu, and Teemu Selanne made the Caps pay for three blunders that were turned into three goals in that first 30:41.

Saku Koivu got the Ducks off and running when Caps defensemen Dennis Wideman and Roman Hamrlik played Alphonse and Gaston with the puck. Wideman thought Hamrlik was going to be in position to take a pass behind the Caps’ net, but Hamrlik was in front. Teemu Selanne collected the loose puck and fed Koivu, who stepped around Hamrlik, in something of a no-man’s land just out of reach of the pass. Koivu held the puck for a couple of ticks and snapped a wrister over Tomas Vokoun’s glove to give the Ducks the lead.

Teemu Selanne got two of his own on plays that had Caps fans wondering, “how do you leave a guy who has scored 638 career goals that open on the back side of the play, not once, but TWICE?!” The
Caps did, and Selanne made them pay both times bunting pucks into what was for him an open net each time. Teemu? Hell, Shamu could have scored those goals.

But then the game, as they say, took a turn to begin Act II. It came at 10:41 of the second period, and it looked fairly innocuous at the time. Corey Perry took a penalty, a tripping call drawn by Mathieu Perreault (one of the few Caps to show much energy in the first 30 minutes). The Caps managed only one shot on the ensuing power play, that coming with three seconds left in the man advantage. But one could feel the energy starting to get sucked out of the Ducks. And sure enough, the Caps scored less than a minute after the penalty expired, a sharp-angled shot from near the goal line that Duck goalie Jonas Hiller bobbled between his pads.

Barely three minutes later it was the Ducks’ lack of energy that led to the second Caps goal. Tomas Vokoun beat Bobby Ryan to a loose puck in front and sent it the length of the ice. It caromed off the end wall, leaving Hiller in a position of having to play the puck. Sheldon Brookbank was the only Duck back to try to fend off Joel Ward and Brooks Laich, his teammates slow to get back into the defensive zone. The Caps got control of the puck, Laich picking it up along the right wing wall. He found Dennis Wideman pinching into a gap with the Ducks scurrying about with no clear purpose. Wideman leaned into one and beat Hiller to cut the Anaheim lead to one at the second intermission. In fact, if the period had lasted another 30 seconds, the Caps had the Ducks back on their webbed heels so badly that a goal seemed inevitable.

In the third the Caps took their only minor, a tripping call on Tomas Vokoun for dumping Corey Perry. Perry made him pay 69 seconds later. On what seemed to be his 116th whack at the puck from the post, he beat a prone Vokoun by whacking the puck out of mid-air and into the back of the net to restore a two goal lead.

Troy Brouwer got the Caps within one when he used Sheldon Brookbank for a screen and wristed the puck off Hiller’s glove. It popped loose and crawled over the line, setting the stage for a wild finish in Act III. With the Caps putting six skaters on the ice, Nicklas Backstrom, who spent much of the play circling in and out of the left wing circle, was in perfect position in the circle to collect a rebound of a Jason Chimera shot to wrist it past a diving Hiller with 42 seconds left to tie the game.

In overtime, it was Backstrom one more time on a play started by, of all people, Jeff Schultz, who kept a loose puck in the offensive zone and fed it across the middle. It hit the skate of Alex Ovechkin and ended up on the stick blade of Backstrom all alone in front of Hiller. The Swede did not miss, lifting the puck over Hiller’s blocker and into the back of the net for the improbable win.

-- Much will be made of Alex Ovechkin sitting in that final minute of regulation when Backstrom was centering Laich, Chimera, and Ward, but Ovechkin was misfiring all night, too. Nine shot attempts, five going astray. He had four attempts in the third period, only one reaching Hiller, and that one from 34 feet out.

-- Alexander Semin seemed this close to getting a goal or a good scoring opportunity often in this game, but he still ended with three shots, three misses, and no points.

-- From the “six of one, half a dozen of the other” file, we’re not sure what to make of Anaheim’s offense. True, this was Game 5 on their seven-game road trip, but 15 shots, and 15 others blocked? The Ducks had a total of three shots on goal from players other than the top two lines of forwards. Was that good defense by Washington or inept offense from the Ducks?

-- Maybe the Ducks were just gassed. The Caps outshot them 31-9 in the last two periods and overtime, 24-5 after the Perry penalty that seemed to stop the Ducks’ momentum.

-- Roman Hamrlik was on the ice for all four Anaheim goals. You might be surprised to know that there are 30 NHLers that have been on the ice for more goals.

-- Think on this…the first line and the third line were left more or less intact in this game (with the notable absence of Ovechkin at the end of regulation). Those six forwards were 4-7-11, plus-9. The other six forwards were 0-0-0, minus-3.

-- Jeff Schultz..one hit, one blocked shot, one assist (on the game-winning goal), on ice for no goals against in 16 minutes and change. Just another day in the life…

-- The Caps were a grisly 7-for-20 in offensive zone draws. Marcus Johansson and Joel Ward (Joel Ward?...yes, Joel Ward) were the only Caps over 50 percent. It might have been a sign of how far the ice was tilted that there were only eight draws in the Caps’ end of the ice all night.

-- Both teams had 21 hits, but how they got there was very different. The Caps spread theirs among 13 players; no Cap had more than three (and in some Hallowe’en residue, Alexander Semin was one of them). For the Ducks, Francois Beauchemin had eight of 21.

-- No Caps forward played 20 minutes, even in an overtime game. Spreading the ice time continues.

-- The top line for the Ducks of Bobby Ryan, Ryan Getzlaf, and Corey Perry was held to one goal and was a minus-6 for the game.

-- John Carlson had moments when it looked as if he missed his usual partner, Karl Alzner (Carlson skated with an assortment of partners in this game), but he still skated more than 25 minutes (led the Caps in ice time), had nine shot attempts (tied for team lead), and had five blocked shots to lead the team.

In the end, the Caps were the fresher team, better able to give a high level of effort for 60 minutes. Except, they didn’t. There wasn’t enough juice there to light an appliance bulb in those first 30 minutes. But they made up for it in the last 30 of regulation, and Anaheim wilted. Playing three defensemen – Cam Fowler, Francois Beauchemin, and Toni Lydman -- more than 24 minutes might have had something to do with it, too. Nevertheless, this isn’t the BCS, and two points are two points.

The Caps climbed back over the Toronto Maple Leafs with the win and are back in second place, two points behind Pittsburgh with three games in hand. The schedule gets easier for the next couple of weeks with games against Carolina, the Islanders, Dallas, and a home-and-home against New Jersey. Dallas is the only one of that group that can be said to be playing well at the moment. But if the Caps lapse into 30-minutes games like this one, that could end up being as rough a stretch of games as if they were facing Philadelphia, Detroit, and Vancouver again.
Posted by The Peerless at 11:51 PM No comments: