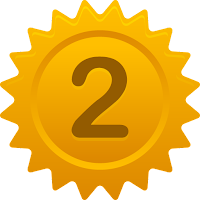 The Washington Capitals fashioned quite the elaborate prison break from a surprisingly stifling Toronto Maple Leaf defense and another unfortunate coach’s challenge result in escaping with a 3-2 Gimmick win over the Leafs at Verizon Center on Saturday night.

Toronto opened the scoring early in the first period when Daniel Winnik seemed to catch goalie Braden Holtby looking for anything other than a shot off Winnik’s stick.  As Winnik entered the Caps’ zone down the right side, it looked as if Holtby was leaning a bit in expectation of Winnik making a pass. Instead, Winnik ripped a wrist shot over Holtby’s left shoulder on the near side, and it was 1-0, Leafs.

That goal held up into the second period, but not long after the middle frame started, Alex Ovechkin tied it on a power play.  The Caps tried to run a set play with Nicklas Backstrom moving the puck down to Evgeny Kuznetsov to the left of goalie James Reimer.  From there, the idea was for Kuznetsov to make a quick pass through the crease to Ovechkin pinching down the left side.  Kuznetsov’s passed was muffled in front, and instead of the puck ending up on Ovechkin’s forehand, it deflected off to his backhand.  He has the presence and skill to shift that way and flip a backhand behind Reimer at the 4:51 mark of the period.

The teams were locked up well into the third period when Nazem Kadri goaded Tom Wilson into taking an extra minor penalty on top of coincidental minor penalties for roughing.  Toronto scored on the ensuing power play, Jame van Riemsdyk tucking in a rebound off the post past Holtby at the 9:27 mark.

The Caps appeared to have tied the game with less than three minutes left in regulation when Alex Ovechkin flipped a no-look backhand from the top of the crease past Reimer.  However, Toronto head coach Mike Babcock exercised his unalienable right to challenge the score, based on his opinion that Justin Williams denied Reimer the opportunity to stop the puck when he brushed past (then was pushed into Reimer by Byron Froese).  After much tablet-gazing, the challenge was upheld, the goal was disallowed, and Caps fans went through the Webster’s Dictionary of Vulgar Phrases and Toasts for Any Occasion.

All of that set up a wild finish to regulation.  It was a play on which every bounce went right for the home team.  With Holtby pulled for an extra attacker, the play started with a centering pass that deflected off of Alex Ovechkin’s stick as he was tied up in front of the Leafs’ net.  John Carlson chased down the loose puck at the Toronto blue line.  He moved it down the wall to T.J. Oshie, who forwarded it down to Justin Williams low in the corner to Reimer’s right.  Williams, a right-handed shot had a passing lane to the front of the net, and he fired as the clocked ticked toward 0:00.  The puck clicked off Ovechkin’s stick once more, but floated up and through the paint to the far side of the net, when Nicklas Backstrom was waiting all alone.  The puck hit Backstrom in the chest, fell to his feet, and he managed to just get the blade on the bottom half of the puck, turned sideways in the air, before it bounced a second time.  The puck seemed to float in slow motion toward the Toronto net, slowly enough that Reimer managed to get his upper arm on the puck.  It was enough to slow further, but not to stop its forward momentum, and the puck settled onto the ice over the Toronto goal line with 0.8 seconds left in regulation.

The overtime had its moments, both goalies turning aside decent chances, but no further scoring ensued.  In the Gimmick, the teams went through their first three shooters without a goal being scored.  That brought it down to Ovechkin in round four, and he converted by deking Reimer to the ice, patiently pulling the puck back and roofing it over the sprawled goalie.  At the other end, Braden Holtby got enough of his right pad on a Nazem Kadri attempt to clinch what ended up being a surprisingly competitive game that ended with the Caps’ tenth win of the season, 3-2.

-- This version of the coach’s challenge has to go.  The process is utterly lacking in consistency, and it uses inferior technology.  Every referee brings a different set of eyes and a different reading of the rule in evaluating a coach’s challenge.  And really, looking at the replay on a tablet?  These make for decisions that are inconsistent and challenge credibility on a case-by-case basis.  The scorecard after this call was 26 challenges league-wide, 18 upheld, now eight overturned.

-- When the Leafs scored first, it was just the third time in 13 games they did so.  When they took their 1-0 lead to the first intermission, it was just the second time they led after one period this season.

-- Correct me if I’m wrong, readers, but that was the third time this season a goal was subjected to challenge in a Caps game.  They had a goal of their own disallowed against San Jose, and they had a Columbus goal upheld earlier this season (edit: The Caps have been involved in four goaltender challenges to date -- the three described above, all ruled against the Caps, and one against Florida in which a Caps goal was upheld.  The Caps are 1-3 in favorable results so far).

-- Evgeny Kuznetsov had no shots on goal in this contest.  Since his seven-shot, three-goal game against Edmonton on October 23rd, he has eight shots on goal over his last six games (two goals).   One of those things players work through.

-- Tom Wilson...seven hits, six penalty minutes, no shots on goal.  Still waiting on a spark out of his offensive game.   And that last extra minor penalty was one he really didn’t need to take (Barry Trotz seemed to think that way…Wilson didn’t see the ice again).  One had the feeling that he’s looking to get a fight out of his system just to have it and move on.

-- We understand Michael Latta not having a shot attempt; it’s what he does (he has no shots on goal in three of the five games in which he played this season).  But Andre Burakovsky?  He was getting a fair amount of second line minutes in this game.  He is now six straight games without a point after starting the season 2-3-5 in his first seven games.

-- Braden Holtby finished the game having allowed two or fewer goals in six straight home games after allowing three goals in each of his first two games on Verizon Center ice.  In his last six home games he is 5-1-0, 1.33, .948.

The Caps looked as if this was a game they were destined to lose.  To their credit, the Maple Leafs played a very good road game given that they played the previous night (losing in overtime to Detroit) and with a talent deficit relative to the Caps.  They were particularly effective stifling the Caps’ ability to set anything up on their power play, despite allowing the Ovechkin goal on a man advantage for the Caps.  Washington managed only five shots in more than nine minutes of power play time, including 61 seconds of 5-on-3 power play time.

Now it’s off on a two-game road trip with the Red Wings and the Flyers on the schedule.  Neither is having a swell time of it lately, but both pose challenges for the Caps, who certainly did not bring their “A” game to the rink against the Maple Leafs.  But this isn’t a beauty contest, and two points is two points.