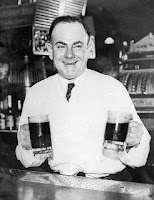 The Washington Capitals wrapped up the pre-Christmas portion of their schedule in a nice bow with a 2-1 win over the Carolina Hurricanes on Monday night in Raleigh, North Carolina.  In what was a surprisingly low-scoring contest, the Caps rode a 31-save effort from goalie Philipp Grubauer, and timely goals from Michael Latta and Jason Chimera to the win.

Carolina dominated the pace and geography of the contest in the early going, but it was Washington getting on the board first.   Latta started the play he would finish, taking a pass from Dmitry Orlov in the neutral zone and skating the puck to the Carolina line.  There, he left the puck for Andre Burakovsky who fired a shot at goalie Cam Ward.  The shot was stopped, but the rebound was left in the slot where Latta, skating hard toward the net, swiped at it in stride and sent it past Ward to make it 1-0, Caps, at the 15:52 mark of the first period.

That would be how the score remained until midway in the second period.  It was a case of simple things done well paying off for the Caps.  Jay Beagle won a faceoff to the left of Ward, drawing the puck back to John Carlson.  From the right point, Carlson sent a low drive to the net that clicked off the skate of Jason Chimera and past Ward’s right pad to make it 2-0 at the 12:49 mark of the period.

From there, it was up to Grubauer, who was spelling Braden Holtby for this contest.  Grubauer was solid, allowing a solitary goal when a shot by John-Michael Liles caromed hard off the end boards to Kris Versteeg at the side of the net.  Versteeg pulled the puck to his forehand, and from a difficult angle flipped the puck over Grubauer’s right pad to halve the lead.  That would be as close as the Hurricanes would get, though, and the Caps skated into the holidays with a 2-1 win, their sixth straight.

-- Jay Beagle did it again.  His assist on Jason Chimera’s goal and the ensuing win makes the Caps 33-0-4 in the last 37 games in which Beagle recorded a point.

-- The pace of this game was amazing.  Nowhere is that revealed more clearly than in the faceoffs.  There were only 43 draws in the game, the Caps winning 26 of them.  Beagle shined here, too, going 14-for-18 (77.8 percent).

-- Grubauer’s win was his first in a game he started since October 31st (a 26-save effort in a 2-1 win over the Florida Panthers).  Along with the 7-for-7 performance in relief of Braden Holtby in the Caps’ 5-3 comeback win over the Tampa Bay Lightning last week, he is 38-for-39 in his last two appearances (.974).  Four periods is not a trend, but it is welcome nonetheless.

-- Possession numbers are still a problem.  The Caps had 40 shot attempts at 5-on-5 to 64 for Carolina.  It was the third worst shot attempt differential at 5-on-5 of the season, and the alarming thing is that the two instances of worse shot differential came in the last ten days – a minus-25 against Tampa Bay on December 12th and a minus-27 against Pittsburgh on December 14th.  Yes, the Caps won both games (numbers from war-on-ice.com).

-- John Carlson extended his point streak to seven games with his assist on the Jason Chimera goal.  He is 2-6-8 over those seven games and is 2-12-14 over his last 13 games.  He is now tied for fourth in scoring among defensemen in the league (6-21-27).

The Capitals do find a way.  Where the first line dominated the comeback wins over the Tampa Bay Lightning and the New York Rangers leading up to this contest, it was the grinders and the backup goalie leading the way in this game.  That kind of 20-man effort has overcome possession issues that have been hanging around for more than a month.  It makes one wonder just how dominant this team might be if they would just solve that problem.

Happy Holidays, Caps fans!
Posted by The Peerless at 7:26 AM No comments: