Washington Capitals -- Mikhail Grabovski: The Virtues of Patience and Our Next Contestant

“Marry’d in haste, we may repent at leisure.” 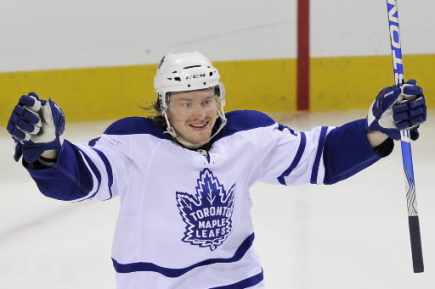 Today’s signing of center Mikhail Grabovski by the Washington Capitals serves as an example of the virtues resisting the temptation to “marry in haste.”  Jim Matheson of the Edmonton Journal had this question yesterday about a potential Grabovski signing…

“If it’s true as a radio report in Belarus says that the much-maligned ex Maple Leafs’ centre Mikail Grabovski is signing a one-year $3 million deal with the Washington Capitals…what took the Caps so long to jump on this guy after losing Mike Ribeiro to Dallas as a free-agent with Mathieu Perreault and Jay Beagle as the No.  2 and No. 3 centres behind Nicklas Backstrom?”

In his Dump and Chase post earlier today on what was, in fact, Grabovski’s signing by the club, Mike Vogel had the information that serves as the answer…

Ribeiro, Weiss, Bozak, Filppula, and Roy are all fine players.  You might debate whether Grabovski is on a par with them (we think at the very least he compares favorably).  Nevertheless, Grabovski fills a perennial urgent need for the Caps – someone to provide reliable and productive minutes as the second line center.  One would think that he will assume the role of Mike Ribeiro at both even strength and, perhaps, in Ribeiro’s role as the trigger man on the power play from the goal line-extended in head coach Adam Oates’ scheme.  He is sturdier and better defensively; he is likely to be a more effective five-on-five player.

That is the obvious benefit of Grabovski’s signing.  The less obvious one has to do with patience.  In a salary cap world, teams cannot just go out a buy up talent (the New York Rangers’ apparent operating plan of a decade or so ago).  Dollars have to be stretched, and if a club can save a million or two dollars in cap room by evaluating the contours of the market, recognize the potential in waiting, and then still fill a need with a player who might have gone for that million or two more in July, that has to be a good thing.

Why?  It’s not just getting a bargain signing in Grabovski.  It is what that bargain allows the club to do.  That extra million dollars (or two) can be put to productive use – fitting Marcus Johansson comfortably under the salary cap on his new deal (whenever that happens), obtaining the services of a depth forward, holding the cap room in reserve for the time when a trade might have to be made later in the season to fill a need or find a missing piece to the playoff puzzle.  The team has options on the ice in how Grabovski's signing affects the rest of the lineup; the club has options on how to address needs as they might arise as the season unfolds.

Grabovski is a fine player who looks even better under the cold light of possession data.  Signing him will make the Caps better.  But it is that extra cap room found by waiting that might be a valuable asset down the road, too.  Keep that in mind in the weeks and months ahead.

There is a “but,” however.  If you look at this deal in the here and now, it looks like a clear win for the Caps.  Grabovski has talent, and the team has saved cap room while plugging the second line center hole with a real second line center.   As we suggested, the signing opens up many more options among the forward lines that head coach Adam Oates can ponder and evaluate.  In 2013-2014, the Caps suddenly look much more capable of competing in the Metropolitan Division.

If one looks at the front office in the light of this deal, one has to conclude that it not only was the right move to make, but that the timing was impeccable.  It makes one wonder, how is it that deals such as this (and it is not an isolated circumstance) look so good – make the front office look so good – yet the Caps still struggle in the spring?

The position has been one cobbled together with the hockey equivalent of spit and baling wire for the last half dozen years, a series of experiments, rentals, and one-year deals.  In that context, Grabovski is the latest wad of spit or loop of baling wire.  His signing is already being framed as a chance to secure a bigger payday (presumably with another team) if he performs well for the Caps.  Well, that’s what Mike Ribeiro did, too.  In the end, what good did it do for the Caps last spring?

In this context, the theme might be less the musings of a 17th century playright on marriage but the opening to that old panel game show of the 1950's and 1960's, "What's My Line?"...

"...Will the next contestant enter and sign in, please?" 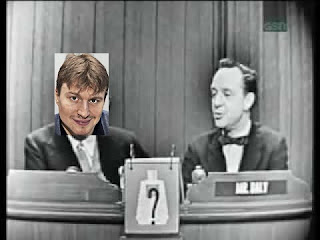 We do not mean to splash cold water on the good time Caps fans are having at the moment.  This deal on its own merits has no apparent down side, and Grabovski will make this club better.  Adding to this era of good feeling is the role of Adam Oates in the signing, described in some detail in Mike Vogel's post.  Oates knows what he wants to do and has a plan for Grabovski's role in it.  One has to admire and take as a good sign this kind of organized thinking.

However, when we (or anyone else) says that Grabovski will make this club better, the operative phrase there is "this club" -- the 2013-2014 edition.  There is never a permanent (meaning: more than one year) solution to this problem the club seems to face every year.  We have seen this movie before.  The earlier releases of it did not have happy endings.  Perhaps this sequel will have that happy ending.  It is a happy beginning.

Countdown to Opening Night by the Elements: Number 39

It is 39 days to Opening Night of the 2013-2014 season, and that can only mean one thing in our countdown of the elements.  Take it away, Fearless…

Yttrium -- atomic number 39 -- is often described among chemists as being a “transition metal.”  It is also described as a “rare earth element.”  In fact, it is name for a village in Sweden – Ytterby – that is the site of a quarry where, in 1787, Carl Axel Arrhenius (whose day job was in the army, but who found time to practice a little chemistry) found a heavy black rock.  He thought it was an unknown mineral containing tungsten, itself only recently discovered.  He named the mineral “ytterbite.” Alas, “yttrium” would not be isolated in its elemental form until more than 40 years later.  Seems Arrhenius thought he had one thing, when in fact it was something else.

It is a soft, silver-metallic, lustrous and highly crystalline metal that is stable in air.  If finely divided, it can spontaneously ignite in the presence of very high temperatures.  Seems it needs some help to get fired up, so to speak.

Yttrium has a variety of uses.  In its oxide form it is used as a component of the phosphors used to produce the red color in television picture tubes. The oxides also have potential use in ceramics and glass. It can be used as part of materials to filter microwaves and as transmitters and transducers of acoustic energy. Yttrium is used as a catalyst in the polymerization of ethylene (we looked this up).

Let’s see… discovered in Sweden… a “transition” metal that can be used as a catalyst… shows up in red on television… described as soft, but stable… needs to be in the presence of something very hot to ignite… thought to be one thing, say, a center, when it turns out to be something else (maybe a left wing).