By now, more pixels have been devoted to the Alex-Ovechkin-knee-on-Tim-Gleason-knee hit last night than the health care policy debate, the White House party crashers, and Tiger Woods' driving habits combined. Every conceivable angle of the play has appeared on video somewhere from YouTube to…

“No…you don’t have any film from the Grassy Luxury Suite.”

Let me guess, you are… 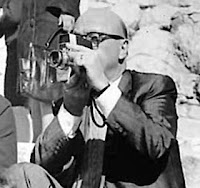 I gather from the Bell and Howell camera you’re holding. Most folks have graduated to digital.

“Yeah?... any of those folks more famous than me?”

Good point. So, you captured the infamous moment on 8mm film, I take it.

“That’s right, and the frames are quite revealing.”

Well, here are the stills captured from the telecast… 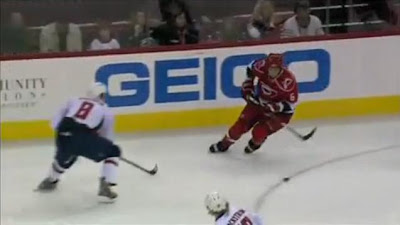 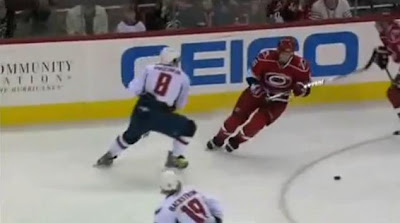 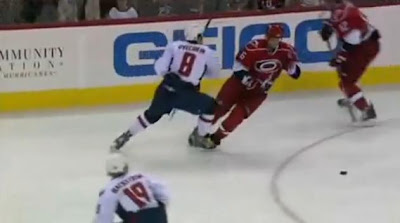 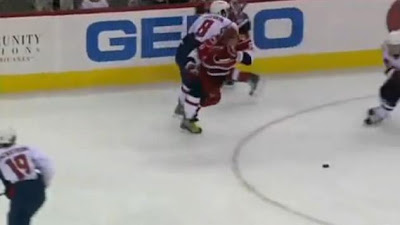 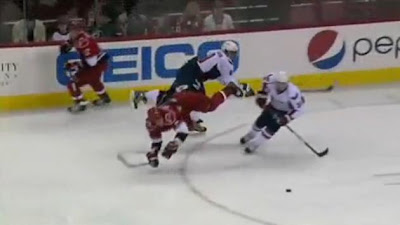 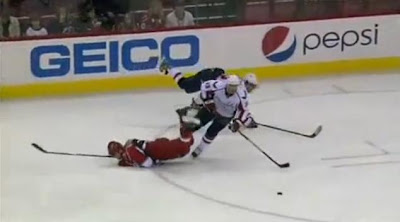 “Ah, but they miss so much. Let’s look at the critical frames from the film I shot from near the Grassy Luxury Suite. Here are the teams skating in the Carolina zone. You can clearly see Ovechkin on the right closing on on Tim Gleason carrying the puck. All is well here, just another play…" 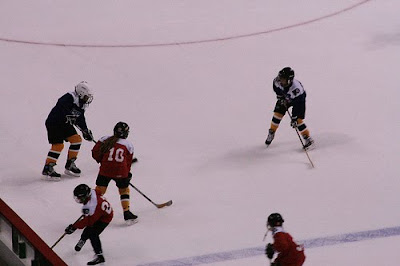 "But then the players close on one another, and they brace for contact. It is obvious from this angle that Gleason sees Ovechkin coming, and prepares for the hit. It’s also obvious that both players spent too much time at the pre-game all-you-can-eat barbecue at Bubba’s House of Pig…" 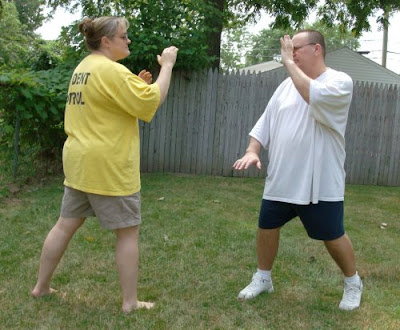 "We’re almost to the kill-shot in this frame. Ovechkin opens up his knee to prepare to give Gleason a fatal blow. You can see how vulnerable Gleason is to the imminent hit. It also appears that Ovechkin’s helmet is exploding…" 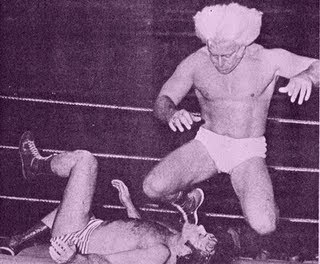 "Just an instant before impact in this frame. Gleason is clearly unable to avoid Ovechkin’s knee and whispers in his ear, “what’s your problem?” Ovechkin doesn’t have time to translate this from English to Russian and back to English to tell Gleason that he’s a goober…" 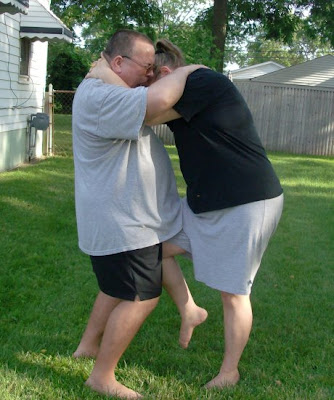 "And now, the critical moment. Ovechkin’s right knee is clearly extended, and by the quivering lips you see on Gleason, you can tell instantly that it hurts and that he is dazed by the collision as his head goes back, and to the left…" 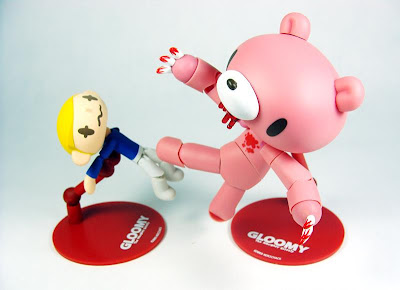 "But here is the key frame, the one that the league obviously didn’t have when it handed down Ovechkin’s two-game suspension. You can see here that Gleason is merely playing to the crowd, milking the play for all it’s worth, but he is clearly not so injured as the other angles of the play would have led you to believe…" 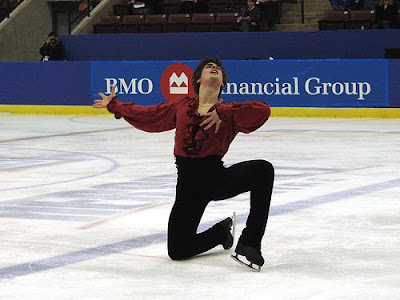 "And finally, here is Ovechkin, having skated to the penalty box, where he is being told by the referee that his evening is over, having been docked with a major penalty and a game misconduct. Ovechkin is obviously confused by the decision…" 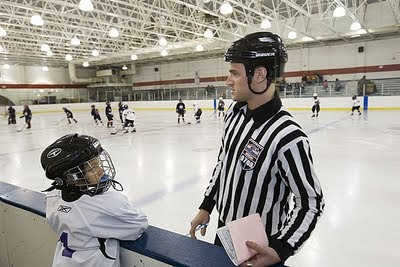 My my… Those frames are rather conclusive evidence that Ovechkin should not have been penalized so severely. Wouldn’t you agree?

“I can’t give you an opinion on that, but I have read about some conspiracy theories and even that there was a second hit-man. I’m sure there will be enough to fuel conspiracy theorists for years to come.”

Well, thank you, Mr. Zapruder, and thank your Bell and Howell for shedding some badly needed light on this historic moment in hockey history.