The Peerless Prognosticator is ON THE AIR -- So, you want cheese with that? 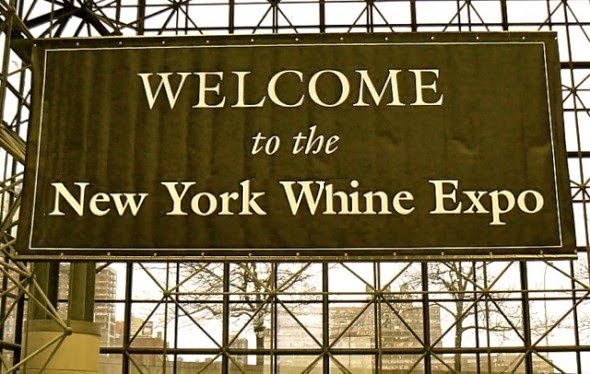 “I just saw Boyle on the ice after it, but some of the guys saw [the hit] and it sounds like a charge… His back is turned the whole way, and he’s just standing there freezing the puck. He takes a run at him. It seems cheap.”

“There should have been a penalty called against Backstrom, but the greater misfeasance belonged to the Blueshirts, who seemed to freeze at the lack of a whistle, and presented no opposition to the ensuing winning play on which Alex Ovechkin’s beauty of a centering feed against the grain found Ward all alone to the goaltender’s left.”

“I saw Boyler get hit and go down, and I kind of hesitated just to kind of see…I knew he was down, and I thought they were going to blow (the whistle)."

To be fair about it, if that was Derek Stepan leveling Mike Green in the corner in that manner before a Ranger goal, a lot of Caps fans, players, and local journalists might be uttering words similar to those uttered after last night’s game.  And, there are folks on the Ranger side of the divide who think the Backstrom hit was within the rules, a “hockey” play in the critical dying seconds of regulation time.

But this is the playoffs, and this is for the Cup.  It was quite a finish to the start of this series between two teams and fan bases that need no further encouragement ramp up the intensity.
Posted by The Peerless at 9:10 AM No comments:

There is always that phrase, “play a full 60 minutes.”  The Washington Capitals took that measure to its full extreme, less 1.3 seconds, on Thursday night as Joel Ward scored with that much time left on the clock in regulation time to give the Capitals a 2-1 win in Game 1 of their Eastern Conference semifinal series at Madison Square Garden.

The game-winning play started innocently enough with Alex Ovechkin skating the puck into the Ranger end.  He tried a curl and drag move, but the puck rolled off his stick where Ryan McDonagh collected it.  He was unable to control it, though, and the puck slid into the corner to the left of goalie Henrik Lundqvist.  Dan Boyle skated in to retrieve it for the Rangers, but he was checked hard against the glass by Nicklas Backstrrom.  The puck squirted free once more, Ovechkin finding it below the Ranger goal line.  He skated along the wall behind Lundqvist, and as Derek Stepan closed on him, Ovechkin dropped the puck back for Joel Ward trailing the play.  Ward had nothing but open ice in front of him, and he wasted no time getting off a shot that slid under Lundqvist’s left pad and in to give the Caps a win in Game 1.

Before that it looked as if the teams would take their battle to overtime, having exchanged single goals over the first 59 minutes.  The Caps opened the scoring in the first period on a power play simply executed.  John Carlson started the play skating out from behind his own net.  As he reached his own blue line, Carlson sent the puck up to Ovechkin along the left wing.  Ovechkin took the puck at the red line and skated down the wing, backing off Boyle into the Ranger zone.  Ovechkin called his own number, wristing a shot through Boyle’s legs and over Lundqvist’s blocker to give the Caps a 1-0 lead at the 18:13 mark of the first period.

That goal held up for almost 40 minutes, but the Rangers tied the game late in the third period.  Capitalizing on pressure in the Caps’ end, Boyle retrieved a loose puck in the corner to the left of goalie Braden Holtby and tried to center the puck.  Jay Beagle got a stick on it, but not enough to clear the zone.  Kevin Hayes grabbed the puck high in the offensive zone and fired a shot through a screen of bodies in front of Holtby.  One of those bodies was Jesper Fast, who redirected the puck past Holtby’s blocker to tie the game at a goal apiece with just 4:39 left in regulation.

It might have been enough to send the contest into extra time, but there was still the matter of there being 60 minutes in regulation, and the Capitals used almost all of them to take Game 1.

-- The New York Rangers still do not have an answer for Alex Ovechkin.  This was the sixth straight game in which Ovechkin scored a goal against the Blueshirts, dating back to January 2014.

-- In what might be the strangest Ovechkin statistic of the night, he was one of three Capitals not credited with a hit.  Marcus Johansson and Curtis Glencross were the others.

-- Nicklas Backstrom had a “heavy” game.  He tied for the team lead in hits with five (with Tom Wilson).

-- The win was only Braden Holtby’s second in eight tries on Madison Square Garden ice in the post season.  He beat the Rangers, 3-2, in Game 2 of the 2012 Eastern Conference semifinals.

-- Four of the last six games for the Caps have ended in 2-1 scores, the Caps winning three of them.  There would have been a fifth but for an empty-net goal by Cal Clutterbuck in a 3-1 New York islanders win in Game six of the first round.  Hey, it’s the playoffs.

-- Joel Ward scored on what would be his only shot of the game.  He had three misses, including one off the post behind Lundqvist that might have rendered his late-game heroics unnecessary.

-- How many times does a player go into a corner to retrieve a puck, brace himself for the hit he knows is coming, takes it, and skates away no worse for wear?  Dan Boyle failing to skate away from the hit he took from Nicklas Backstrom was the subtext of the game-winning play.  Was it “boarding?”  Not as much as it was circumstance.  But for the fact that there were less than five seconds left in regulation, Boyle might have moved that puck along the boards, turned away from the hit, and played on.  However, he tried to freeze the puck for those last few seconds, willing to take a hit to make sure that a loose puck did not find its way to a Capital’s stick.  Backstrom finished the play the way players are taught.

It’s first to “four,” not first to “one.”  As nice as this win was, and it certainly was, there is that last time the Caps held a 1-0 series lead on the road, the result of a 3-0 shutout of the Tampa Bay Lightning in 2003.  The Caps won Game 2 of that series, too, to bring a 2-0 lead back to Washington, only to fritter it away, losing the next four games.  We do not mean to rain on anyone’s parade here, but there isn’t any parade, yet, either.

All that aside, the Caps demonstrated that they can compete with the Rangers and take the best they have to offer.  And unless the Rangers can find an answer for Alex Ovechkin, this could be a very difficult series for them.

Posted by The Peerless at 2:09 AM No comments: