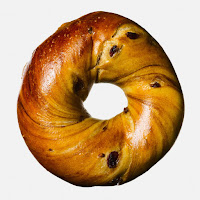 The Washington Capitals dropped their fourth straight game on Friday night, a 2-0 loss to the New York Islanders in former head coach Barry Trotz’s first return to Capital One Arena as head coach of the Islanders.  It was the sort of game that will not lure new fans to hockey, a largely grind-it-out, zone-to-zone affair that wore down the beleaguered Caps and left them looking up from a standings position they have not occupied in quite a while.

The first period resembled a chess match between players using the same strategy.  Hardly surprising given the principals behind the respective benches, but it made for the sort of hockey that only hockey x’s and o’s geeks could love.  There were few scoring chances, and fewer of a truly dangerous variety as the clubs jockeyed for position and possession.

Neither team could find the back of the net in the second period, making it the first time this season that the Caps went to the second intermission in a scoreless game.

The Islanders scored two goals less than three minutes apart, Josh Bailey redirecting a Mathew Barzal drive and Cal Clutterbuck finishing off a 2-on-0 break with a snap shot past goalie Braden Holtby.  And that, as they say, was all she wrote.

-  The Caps were 7-1-0 when recording fewer than 25 shots on goal going into this game.  They finished with 19 shots on goal.

-  The 19 shots on goal was the first time this season they recorded fewer than 20 shots in a game.

-  The 19 shots on goal was the first time that the Caps finished a home game with fewer than 20 shots on goal since they had 17 in a 4-2 win over the Columbus Blue Jackets last February 9th.

-  The Caps had only ten shot attempts in the third period of this game.  Given that the Islanders were playing in the second-half of a back-to-back set of games (they are now 7-0-0 in such games this season) and their fifth game in seven nights, that's equal parts bizarre and inexcusable.

-  This was only the fourth game this season in which the Caps allowed an opponent 25 or fewer shots on home ice (the Islanders finished with 25 shots).  It was the Caps third loss in those games (1-2-1).

The Caps now find themselves in third place in the Metropolitan Division, behind the Columbus Blue Jackets and the surging first-place Islanders.  They are only five points ahead of the Buffalo Sabres, who are in ninth place in the Eastern Conference.  That is an uncomfortable place to be for the defending Stanley Cup champions, and waiting for the All-Star Game break to get their second wind might not cut it.