The Only Standings Caps Fans Need to Consult

Division Leader
Conference At-Large eligible
Posted by The Peerless at 7:02 AM No comments: 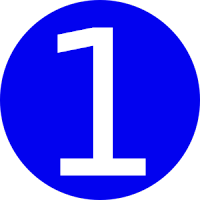 It was as if you were someone who has not ridden a bicycle in years getting on the seat and trying it once more. There was a familiarity to it, but an uncertainty and an unsteadiness about it, too.

That was the Washington Capitals last night, looking at times like the team that averaged almost four goals a game two years ago, pumping 49 shots at Carolina Hurricanes goalie Cam Ward. But the explosiveness, the ability to overwhelm opponents was not there. Unfortunately, the ability to give up odd-man chances at the other end was, and the Caps fell in overtime to the Hurricanes, 4-3.

It looked good for a while. The Caps outshot the Hurricanes, 17-12, in the first 24:11 and took a 2-0 lead on goals by Troy Brouwer and Jay Beagle. A 2-0 lead, some secondary scoring, goals on second chances – Brouwer by picking up a loose puck off his own shot and tucking it high inside the far post on Ward, Beagle on a rebound of a Dmitry Orlov shot.

And then it fell apart. Carolina got one back just 40 seconds after the Beagle goal on a goal by Jiri Tlusty, who snuck past Brouwer and had an open path to the net and a tap-in off a pass from Jerome Samson. Less than four minutes later, the lead was gone. Tim Gleason fired a shot from the top of the zone that sailed wide. But it caromed hard off the end boards to goalie Michal Neuvirth’s right. Jeff Schultz marked Jeff Skinner as the latter was moving across the crease, but it left a hole that Chad LaRose filled when the puck bounced back. Mike Green did not get back to defend LaRose, and it was a wide open net into which LaRose deposited the puck.

Less than two minutes into the third, the Canes had the lead on one of those “if only” kids of plays. It started when Alex Ovechkin had a clean look at the Carolina net, but was foiled on a wrist shot by Ward. When the loose puck came to the Caps’ blue line, it was bouncing. Dennis Wideman took a swing at it and missed. It was all Brandon Sutter needed to chase down the puck and head in on a breakaway. He didn’t miss, and the Hurricanes had a lead.

At that point it looked grim for the Caps, despite having launched 29 shots at Cam Ward to that point. After the Sutter goal they would send another 14 shots at Ward before hitting on their 15th. Brooks Laich and Marcus Johansson executed a nice give and go, Laich getting the redirect of the return pass past Ward to tie the game with less than three minutes in regulation to tie it.

The Caps didn’t get the second point, though. Four-on-four in overtime means more open ice and the chance that small mistakes will be magnified. It happened to Marcus Johansson three and a half minutes into the extra time. He carried the puck from the Caps’ end into the Carolina zone, but as he crossed the blue line, the puck rolled off his stick. Denis Wideman pinched in to try to pick up the loose puck but missed. Carolina then took possession, and with Johansson and Wideman deep on the play in the Carolina zone, it was Sutter and Justin Faulk on a two-on-one break, Mike Green back for the Caps. Sutter held the puck just long enough, slid it over to Faulk, and Faulk buried it past Neuvirth.

One point gained, one point lost, and the Caps were still wobbling their way down the stretch.

-- Jay Beagle… a goal, three shots, a hit, a takeaway, and he very nearly had a second goal but for the horn going off at the end of the second period. It would have given the Caps a lead at the intermission. The Caps are 19-0-0 when leading after two periods. If only…

-- You could argue that all four goals for Carolina came on misplays by Caps. Brouwer losing Tlusty on the weak side. Green not getting back into position to defend LaRose after his partner took Skinner. Wideman taking a high-risk swipe at a bouncing puck with only open ice behind him for a breakaway. Johansson, Chimera, and Wideman caught deep in the offensive zone leading to a 2-on-1 at the other end for the game-winner.

-- The flip side of that is that it is hard to say with certainty that there were any of those goals that Neuvirth should have had. But sometimes your goalie has to make a save or two he shouldn’t. And if Neuvirth makes one of those saves on either of the last two goals, everyone might be feeling a whole lot better this morning.

-- Last night was only the 19th time in 66 games in which the Caps led at the first intermission. They had the second highest winning percentage in the league when doing so. Now, they are third (16-1-2).

-- The Caps had shots from everywhere and everyone. Four Caps had at least five shots on goal: Brooks Laich (seven), John Carlson (six), Alex Ovechkin and Jason Chimera (five each). Only Keith Aucoin and Jeff Schultz did not have a shot on goal.

-- It is one thing to be angry over what you perceive as being slew-footed. It is another to shove an official who is trying to keep you from getting at the player you think did it. Hopefully, Dmitry Orlov learned something when he spent his 12 minutes of quiet time. He was the only Caps defenseman not on ice for a goal against, though, so there is that.

-- With this loss the Caps are now 4-5-2 in their last 11 games on home ice. Three of the losses have been by shutout.

In the end, it is a point not earned. Four games of a five-game home stand and three points earned. The Caps have not won a game in regulation time on their own ice in the home stand. Blowing a 2-0 lead on home ice is not the profile of a team fighting desperately for a playoff berth. And there is no cavalry coming to the rescue. They are going to have to do it themselves and do it largely on the road, because they have squandered five points at home in the past eight days – five points that would have had them in first place in the Southeast Division.

How many times can a playoff spot be handed to this team and have it turn those chances down?
Posted by The Peerless at 6:35 AM 1 comment: