He's not paid $124 million to use his knuckles

In the midst of all this Kovalchuk contract talk and the amazing, unprecedented, awe-inducing spectacle of Sidney Crosby hitting the 30-goal plateau, there is a lingering story gliding beneath the radar.

That story would be the saga of "Alex and the Bodyguard." The issue would be whether, during a 7-4 loss to the Tampa Bay Lightning, Alex Ovechkin should have manned-up and dropped gloves with Lightning forward Steve Downie, with whom Ovechkin had a collision earlier in the contest, when the two exited the penalty box after serving their coincidental penalties stemming from the hit. Even though Ovechkin dropped his gloves and removed his helmet to answer the bell, teammate Matt Bradley inserted himself -- loudly and rapidly -- between Ovechkin and Downie, assuming the position as Downie's dance partner. Bradley ended up with four penalties for 27 minutes and an early exit from the contest, Downie got 17 minutes, and Ovechkin got only a single minor for unsportsmanlike conduct.

In the wake of the episode, many seem to have an opinion about Ovechkin's conduct -- unsportmanlike or not. Today, Allan Muir of Sports Illustrated weighs in on the matter of Bradley coming to Ovechkin's defense...

"It was yet another hit on a resume that could be interpreted as crossing the line between cheap and dirty. A minor confrontation followed and both players were penalized. When they exited the box, hostilities resumed. It was at that point that Bradley decided Ovechkin couldn't, or shouldn't, defend himself and took it upon himself to attack the player who'd originally been wronged.

We all know why Bradley felt the need to take action. Do the Caps want to see their franchise sidelined by a broken hand, separated shoulder or any other injury that has a remote chance of occurring any time two players square off?

Of course not. But that's hardly the point, is it?"

Well, it's precisely the point. The predicate for the argument is that the original hit was dirty. This is, itself, in no small amount of dispute in that the most-often quoted assessment to that end comes not from the wronged party -- Steve Downie -- but teammate Jeff Halpern, who said:

Having watched the clip of it several times, Ovechkin enters the zone lining up Downie to be sure, but he is coming at him in a manner where his legs are at least shoulder width apart, and as he makes contact with Downie appears not to make any particular movement with either leg to impede Downie's movement (i.e., throw a knee out at him). As a Caps fan, I'll acknowledge that your interpretation of the events may differ, but what seems not to be debatable is that you have to assume the hit was dirty (an extension of the narrative that seems to have gained momentum that Ovechkin is a "dirty" player) and, therefore, something to be answered for.

And Ovechkin seemed willing to answer his call to The Code and do battle with Downie. Bradley intervened, and Muir seems to think this violates a code of accountability, the real point of the matter in his view.

Well, no. If Matt Bradley had been the perpetrator of the hit, Downie and Bradley almost certainly would have had their dance without intervention from a third party. But the point is precisely that "the Caps [don't] want to see their franchise sidelined by a broken hand, separated shoulder or any other injury."

Ovechkin represents a $124 million investment by the club in recognition that he is the most important piece in any run the Caps might make toward a Stanley Cup, and the risk of his being sidelined by an experienced pugilist of no other particular consequence from a hockey standpoint such as Downie is a no-brainer sort of decision. Matt Bradley -- to his everlasting credit -- recognized this instinctively, asking Coach Bruce Boudreau to put him on the ice, because Bradley knew that Downie would go looking for Ovechkin.

There is even a bit of recent history in this with respect to Ovechkin to drive home the point. On November 1st in a game against Columbus, Ovechkin was involved in a scrum at the Blue Jackets' bench, getting tangled up with Jason Chimera (now, perhaps ironically, a teammate) and Jared Boll. Ovechkin injured his shoulder and missed six games.

This isn't the black-and-white era of hockey. Elite players are very expensive investments. And while hockey is and should remain a high-contact sport where players should expect to be hit when they themselves engage in the practice, the sheer economics of the current game argue against players such as Ovechkin (or Crosby, or Kane...) expanding the potential for risk by engaging in score-settling fights with journeyman players at the end of games long-decided.

Muir missed "the point" entirely in his article, and there are $124 million reasons why.
Posted by The Peerless at 3:42 PM No comments:

In Honor of "National Hat Day!"

Today is "National Hat Day," an opportunity to show your allegiance loudly (sometimes too loudly) and proudly.

You could wear a traditional, if jaunty, baseball cap... 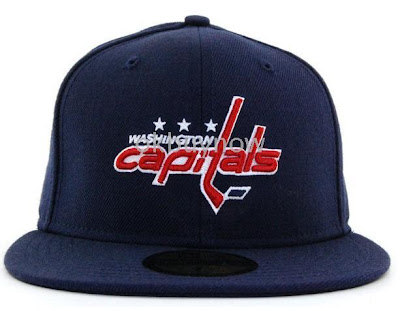 ...or maybe you celebrated the holidays with this little number. 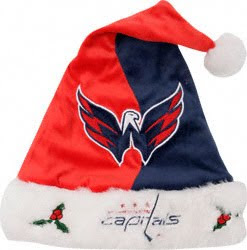 Something for the ladies, perhaps (although real female hockey fans would probably cross-check you right in the Koho) 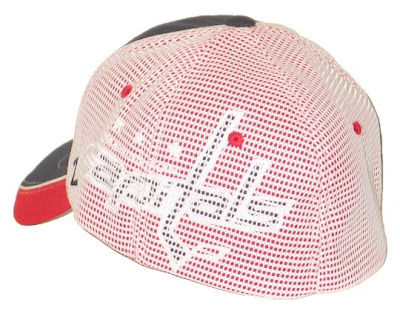 Or maybe something "old school" (I have one of these from the old days that is my lucky "mow the lawn" hat...really, I mow the lawn wearing one of these) 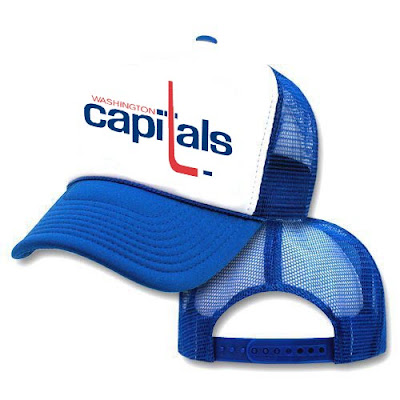 And for those of you who admire the "lunch pail" skills of hockey...

...and those who exhibit those skills.

Or something for when you're shoveling the snow or standing on that frigid Metro platform... 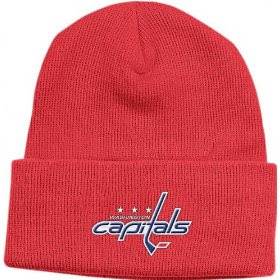 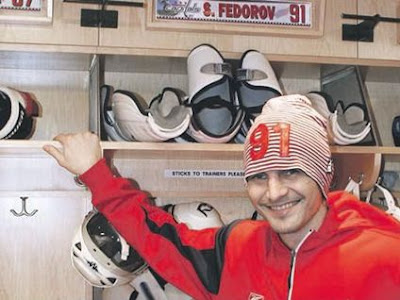 And then there is the "sort-of" hat for those warm days when you're out for a run. 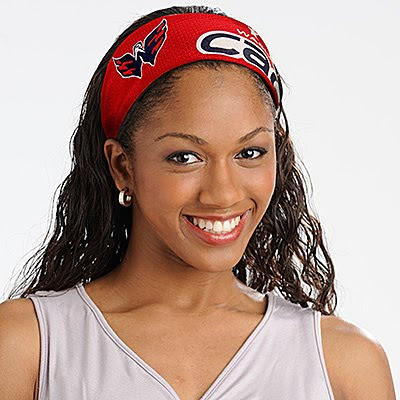 Or strolling along the Verizon Center concourse. 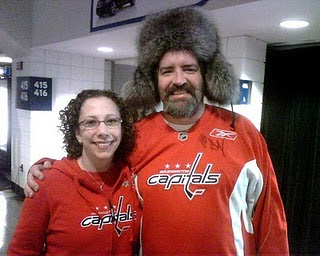 But we all know what Caps fans' favorite hats are, don't we? 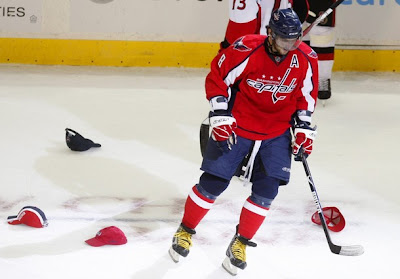 The Peerless Prognosticator is ON THE AIR!!! -- Caps vs. Maple Leafs, January 15th

Well, we had some other chores to take care of, so we’re going to let the cousins handle this prognosto… Take it away, guys…

So who we playin’ tonight, cuz?

No kidding? That reminds me of a talk we had when we were kids. You remember that, cuz? 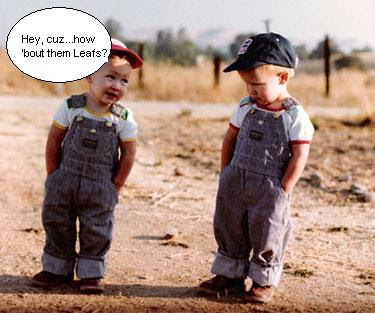 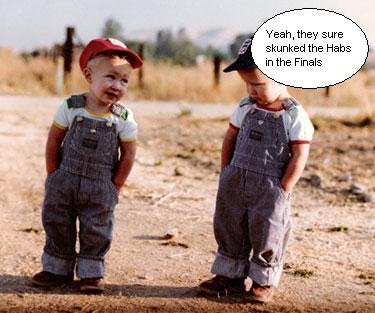 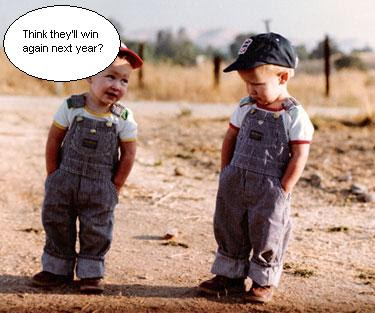 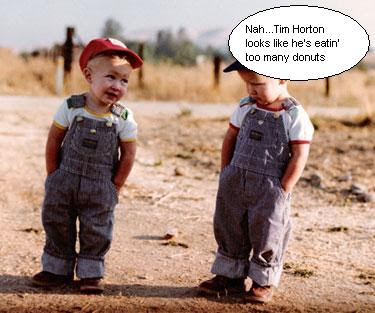 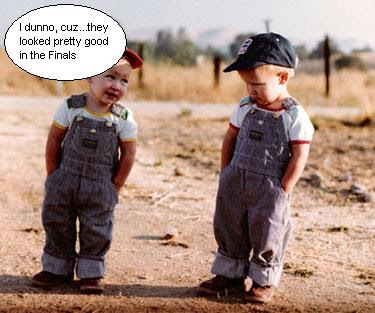 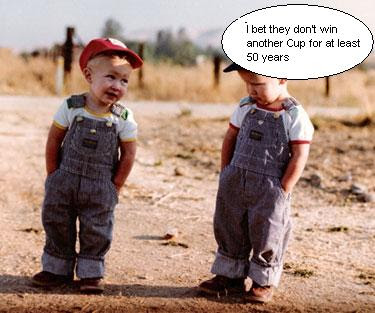 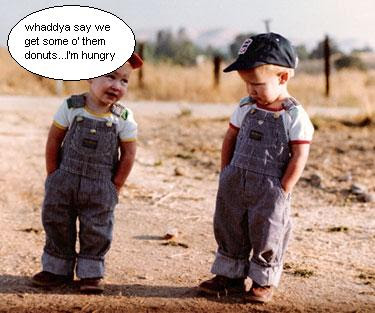 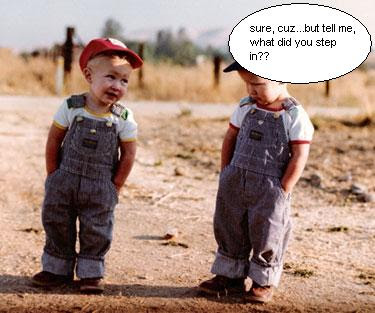 …those were the days, eh cuz?

Yeah, and you never did tell me what you stepped in…

But speakin’ o’ “nets,” who are the Caps going to start in goal tonight, Jim Carey?

Don’t take the Leafs lightly – they might not have a great record, but they can score goals passably well. They’re 16th in the league in goals per game and 12th in 5-on-5 play.

Geez, cuz, now you’re sounding like that geek cousin of ours.

Excuse me for reading… but back to the Leafs, what they aren’t is special – 19th on the power play, dead last in penalty killing. How do you play 48 games in this league and have a PK of less than 70 percent (68.9 percent, actually)?

It is a mystery, cuz… but you missed something. Bet you didn’t know that the Leafs are actually eighth in road power play conversions – 20 percent. Trouble is, their PK is even worse on the road – 66.7 percent.

Nah, that columnist for the Post told me that, the one that likes 90 percent of Caps fans? What a hockey mind! He oughtta work for the NHL Network.

Let’s not get silly… but back to the Leafs, they’ve had their troubles lately – since Christmas they are 3-6-0 and have lost four of their last five.

Yeah, but they shutout the Flyers the other night.

True, that… but they’re still having trouble scoring goals. In those nine games since Christmas they have only 22 – 2.44 a game.

Looks like those correspondence courses in arithmetic did the trick.

Yup… now I can start the fourth grade classes.

You look at that bunch and wonder… a defenseman leads the team in scoring (Tomas Kaberle). But then it gets even stranger – three defensemen have at least 20 points for the Leafs (Ian White and Francois Beauchemin being the others).

Sounds like those Caps of 92-93, the team that had three defensemen with at least 20 goals and 50 points apiece.

That columnist give you that nugget, too?

Nah…I was leafin’ through the media guide whilst I was takin’ care of my mornin’ business.

Spare us the details. So who are you going to be watching for tonight for the Leafs?

Phil Kessel. He came into the season with pretty poor numbers against the Caps – 2-2-4 in 10 games. But he’s 1-2-3 in two games so far this year. What makes him interesting to watch is that he’s got only one goal in his last 14 games. Not good in a town where everyone wants to know what color your poop is if you’re a hockey player.

I’m going to be looking at Matt Stajan for the opposite reason. He’s on a bit of a roll lately – points in five of his last six games (2-4-6), and he was 2-1-3 with the game winner the last time he faced the Caps back in December. How about for the Caps?

Gotcha!... No, actually Jose Theodore. He’s come on in relief the last two games. One was Bad Jose (three goals on 21 shots), and one was Good Jose (15-for-15). I’ll be on the edge of the milk crate wondering which one shows up.

I’ll be watching Alex Ovechkin. He had a goal against Florida last timeout, and that might be the signal that he’s going to go on one of his runs. He should be sort of broken in as captain by this point, and he can just let Ovie be Ovie. Besides – 17 goals in 18 career games against Toronto? What about keys?

They’re on the chiffarobe, next to the pouch o’ Red Man.

Keys to the GAME, you putz…

Oh, well, I think the key is for the Caps to score more than the Leafs.