A Look at a Last Gasp: The Owners and Players Meet 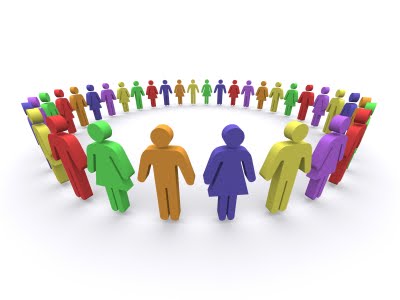 The eyes of hockey will be glued to their mobile devices today, waiting for the faintest glimmer of news about a meeting scheduled to be held between six owners of NHL clubs and six players on NHL teams with minimal staff and no league or union principals in the room.  It is what might be a last gasp to nudge the sides to a solution to a labor agreement.  No one knows what the agenda is, not even who will be representing the NHLPA.
But we at Peerless Central do have our sources, and we have obtained a transcript of what is likely to transpire during the meeting based on experts in labor negotiation, business management, and meeting facilitation.  Here is what we expect to unfold…

Good morning, everyone.  I am your meeting facilitator, and I want to welcome each of you to this meeting.  As all of you are aware, this meeting is entirely voluntary.  You are here because you are interested in reaching an agreement on some very important, but some very contentious issues.  I hope that even if we do not come to agreement today, that we will have respect for each other’s points of view and that we will have made progress toward an agreement.

Now, the first order of business is that I ask everyone to turn off his mobile device.  Has everyone turned off his device?...Good, now I would like to go around the table and have each person introduce themselves and offer a few words on what they would like to accomplish in this… yes, you have a question, sir?

“You’re a new kid on the block here, aren’t you?  You should probably let those of us who are the Chairman of the Board of Governors do the talking.”

Oh, you must be Jeremy Jacobs…they told me about you.  Well, I am the meeting facilitator here, and talking sort of goes with the job.

“Very well, but make it short.”

“Uh, ok… like I said, my name’s Mark, and came all the way from Winnipeg, and HOLY CRAP, IS THAT SIDNEY CROSBY?!”
We’ll let the players introduce themselves in a moment, Mark.  Now, if we can continue…

“Hi, my name is Ron, and I’m a contractaholic…”

“I signed a player to a 12-year contract for $104 million, and I keep seeing his face in my dreams, and HOLY CRAP, THERE IT IS!!!”
Ron, Ron, that’s Sidney sitting over there…he’s really here… OK, if we can settle down, there are a few more on the owners’ side of the table who should introduce themselves…

“My name is Murray…”

Settle down, now…please go on Murray.

“My name is Murray, and I’m here from Calgary…”

“Sorry, we were just getting in the spirit.”

Wait, this is a meeting of National Hockey League owners and players.  Aren’t you the owner of the Philadelphia Eagles?

Jeff Loria, you say?  I thought you were the owner of the Miami Marlins.

Hold on…don’t you own the Boston Red Sox?

“No, Murray, he owns an Arena Football team.”

“No, or yes…I’m on the Board of Directors of the Liverpool Football Club over in England, and I do own the Tampa Bay Storm, but…”

So what are you doing here?

OK… We’re off to a good start.  Now lets’ go around to the players.  First, Mr. Crosby…and will you please be seated?

“Sorry, I was just hovering above my seat.  It’s part of my angelic presence.”

Guess that accounts for the celestial glow, too.  Can we dial it back a notch or two?

“Ryan Miller…Hold on.  Sid, can you pass me a donut…rats!  Through the legs again!”

We have to keep things moving here, so who’s next?

Whoa… I thought that was a mannequin… you haven’t blinked since we started.  Next up is…

“You can call me Mr. Parros.” – cracks knuckles again, menacingly –

I’m sorry, Mr. Aucoin, but this is a meeting for NHL owners and players, and you…

“Play for the Columbus Blue Jackets…right.”

Do they PLAY hockey in Columbus, Mr. Aucoin?

We’ll just continue.  Finally we have…

Well, Mr. Iginla, welcome.  Now, if we can get started, we have a great deal to accomplish and very little time in which to do it.  Yes, Mr. Jacobs?

“I just wanted to let my colleagues know that I will be speaking for them for the remainder of the proceedings.”

Well, if the other owners are agreeable…

“No, you don’t understand.  I will be doing the speaking for BOTH sides of the table…”

“Sorry guys, time’s up, we have a Board of Governors meeting to get to.”

Well, then we’ll pick it up on…