OK, Which is the Hockey Player... 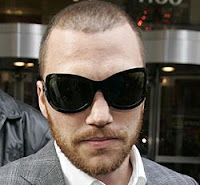 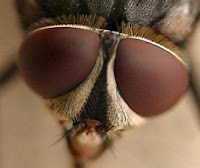 A team unlike any other 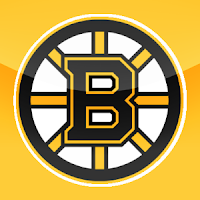 A lot of attention is being paid to the San Jose Sharks and their 22-3-1 start (14-0-1 at home), deservedly so. But there is another team out there that is quite suprising in its own right.
The Boston Bruins sit atop the Eastern Conference (tied in points with the Rangers), we think because they are unlike other teams. For instance...
The Bruins, like the Capitals, have lost only one game in regulation at home (9-1-1), but unlike the Caps, they win on the road (8-3-3 versus 4-8-2 for Washington).
The Bruins are the best 5-on-5 club in the league, but unlike the second place Devils, the Bruins also have a very effective power play (22.7 percent versus 13.4 percent for New Jersey).
Boston is fourth in the league in scoring (3.32 goals/game), just ahead of the Flyers. But unlike Philadelphia, the Bruins keep pucks out of the net (2.08 goals/game allowed versus 3.00 for Philadelphia).
Boston is, oddly enough, not particularly successful when scoring first, winning 68.8 percent of the time...same as the Flyers. But unlike those same Flyers, the Bruins can come from behind (winning 66.7 percent of the time when trailing first versus 11.1 percent for Philadelphia).
The Bruins are undefeated in three-plus goal games, having blown out six opponents while not suffering the same fate themselves. Chicago, is close-by, having won six of seven such games. But unlike the Blackhawks, the Bruins are competitive on one-goal games, too (7-3-4 versus 3-3-6 for Chicago).
We're just about at the one-third mark for the season, and to date you couldn't say that the Bruins are a fluke. They've done a lot of things well (they have only one more loss in regulation than the Sharks). It isn't that they're like anyone else, it's more that they are a team unlike any other that has pushed them to the top of the Eastern heap.
Posted by The Peerless at 10:42 AM No comments:

A Quirk of Scheduling

Having said that, it's worth noting that while the Caps are 5-6-0 against Western Conference clubs, they are 9-3-3 against the East. And, they have a 4-0-2 record against what some think is the toughest division in the league, the Atlantic.

Email ThisBlogThis!Share to TwitterShare to FacebookShare to Pinterest
Labels: schedule

It was Don VanMassenhoeven, uh…hot dog night at Verizon Center, and the Caps applied the hot mustard in a 5-2 win to get back to the normal course of events – winning – at the Phone Booth.

DVM apparently got a great deal on a whistle, because he certainly blew it enough (he and his partner – Kyle Rehman – called 15 minor penalties, nine of them on the Caps). But is was merely a speed bump as the Caps played the python to the Islanders gazelle, wrapping their coils around the Islanders and crushing the life out of them before the final horn (thus ends our nature walk metaphor for the morning).

Viktor Kozlov (our pick as the Caps’ “player to ponder”) was the first star of this contest, but he was hardly alone. Frankly, we were taken by the play of Sami Lepisto, who after having a rather grisly game against Florida on Tuesday, gave a clearer indication of what his contributions might be when his game develops some more. Lepisto attempted 11 shots (three of them getting to the net) and showed what we think European defensemen probably do better than many of their American counterparts – find shooting lanes. With the bigger ice sheet in Europe, defensemen might have the luxury of space to find better angles, and the bigger space might afford them some more time to move into that space. Since the lockout, when the dimensions of the NHL rink changed to provide a larger offensive zone area, the defensemen have a little more room to operate, and Europeans – who might have more experience in this area – seem to be able to take advantage of it. Hey, it’s a theory, but Lepisto certainly was finding room to get shots off from a variety of angles (ok, it isn’t a perfect theory…Lepisto also had five attempts blocked).

We thought, given the Islanders’ gruesome even-strength results this year, that the Caps would have a distinct 5-on-5 advantage. But it was the power play that got the Caps off early, converting on two of their first three opportunities to take a 2-0 lead. Alex Ovechkin netted the first when left all alone on the left side to walk in and snap a wrist shot under goaltender Joey MacDonald’s left arm. The ensuing goal celebration left one with the impression that Ovechkin wasn’t feeling right. Usually one to leap into the boards upon scoring, he barely nudged the glass. He then left Caps fans with their hearts in their throats when he later took what looked like a glancing blow from an Islander at the blue line and left the ice to walk directly to the locker room.

After a Kozlov goal, the Caps got a bit sloppy, giving up yet another first/last minute goal (Mark Streit, on the power play, with 36 seconds left in the first period) and a bang-bang pass-and-a-goal from Andy Sutton to Trent Hunter when Lepisto tried to swat the puck out of the air with his hand, but failed to control it, then lost his footing.

The most interesting play of the night, though, came on the game-winning goal. Karl Alzner wasn’t able to find a shooting lane from the left point. With an Islander in his line of sight, he just shot the puck wide to goaltender Joey MacDonald’s right and off the end boards, where it came back to a clot of players at the right post. Donald Brashear used his reach to push the puck past MacDonald’s left pad, and the Caps had their lead back. It was a creative way for Alzner to get his first point in the NHL. As for Brashear, he described the puck appearing at his feet…”It looked like a big piece of cheese to me.”
Do we now call Brashear, "The Big Cheddar?"

After that, Eric Fehr swooped in and cleaned up the trash by flipping a backhand like a burger at McDonald’s (get it?... McDonald’s?... MacDonald?... I kill me) into the open net for the Caps’ fourth goal. Nicklas Backstrom closed out the scoring by taking a feed from Alex Ovechkin, who passed up a shot of his own for the assist, for an empty-netter.

OK, it was a student discount night, and there were dollar hot dogs. But 18,130 on a Thursday night against a team that isn’t naturally a big draw is pretty good.

Was there a special at Modell’s on fishing equipment? Six hooking penalties were called (three for each club).

If the Caps were, as a team, displeased with their effort on Tuesday, they took things more seriously in terms of effort in this one. Here is your fun number – 20. That was the longest distance a puck traveled off of a Washington stick for a goal...and that was Backstrom’s empty netter. Ovechkin – 11 feet. Kozlov – 14 feet. Brashear – eight feet. Fehr – 13 feet. It might have been the Caps’ best game this year for going to the net.

Only Bryan Helmer and Milan Jurcina failed to register a shot on goal.

Much might be made of Ovechkin’s steady march up the scoring rankings, but Nicklas Backstrom is 7-13-20 in his last 14 games.

It was a shooting gallery out there. How do we know this? Matt Bradley had five shots in less than 11 minutes. The best Islander on the ice was, in fact, their goaltender. If not for MacDonald’s play, that could have been really ugly for the Islanders.

Shouldn’t a team get more than five hits by accident? Just by skating into someone when they’re not looking? The Caps had five hits…two after the first period. Ovechkin didn’t have any of them (something ain’t right here).

An example of putting faith in youth…your leading defenseman in ice time on the penalty kill – Alzner, with 5:31. And Tyler Sloan was right behind him with 5:22. Alzner and Bryan Helmer took the most shifts of anyone with 32 apiece. Tell us you saw that coming a month ago.

Ovechkin’s shot total was interesting…11 shots in all, but six of them came in the third period. As clear an image as one might need of a player who was not shy about trying to put the team on his back.

In their last dozen games, the Caps are 16-for-49 on the power play (32.7 percent). They have at least one power play goal in ten of those games.

All in all it was, as Coach Boudreau put it afterward, “a business game.” The Caps stuck to what they do well – skate hard and pound goalies with shots – and did not wilt when the Islanders made a game of it in the second period. It’s a good way to head off to Toronto to start a short (two game) road trip. Nicely done, guys.