“Enthusiasm is the mother of effort, and without it nothing great was ever achieved.”
-- Ralph Waldo Emerson

If you can find a picture of Washington Capitals defenseman Nate Schmidt in which he is not grinning, keep it.  They are rare and might be worth something someday.  You could go back, perhaps to the dawn of franchise history, and not find a Capital who included a smile on all but permanent display.  You almost can hear him utter the famous Ernie Banks quote about his love and enthusiasm for the game… “It’s a beautiful day for a game, let’s play two.”

It even goes back to when he was a sophomore at St. Cloud Cathedral High School in Minnesota, an outfielder/pitcher whose favorite TV show was “Family Guy (according to the Caps media guide, it still is).” 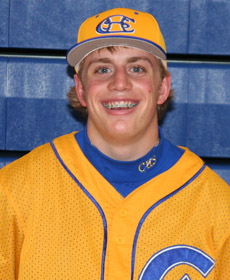 And why shouldn’t he be happy?  He was not drafted by an NHL team, but he played three seasons in his home state for one of the storied programs in NCAA hockey at the University of Minnesota.  He signed a free agent contract with the Washington Capitals, and split time between the Caps and the AHL Hershey Bears for two seasons before sticking full-time with the Caps last season.  In 2015-2016, Schmidt set a personal best in games played (72), tied a career-high in goals (two), tripled his career assist total (14; he had seven going into the season), and more than doubled his career point total (16; he had ten when the season started.

It was also a case of the more ice time Schmidt got in 2015-2016, the better the Caps did.   Washington was 18-3-3 in games where Schmidt skated more than 20 minutes, 31-15-4 in games in which he skated less than 20 minutes.  That might be an effect of the Caps leading in games and having more of a luxury to give a third pair defenseman like Schmidt more ice time than they would if they were trying to come from behind, but neither Schmidt nor the Caps suffered with more ice time.

Schmidt has not been a dominant possession player, but he has been a consistent one.  In each of his three seasons with the Caps, he finished the year over 50 percent Corsi-for at 5-on-5.  He was at 50.60 percent in 2015-2016, fourth among Caps defensemen with at least 100 5-on-5 minutes (numbers from Corsica.hockey).  And that smile isn’t plastered on his face all the time.  Schmidt logged the first two fighting majors of his career in 2015-2016, one against Tampa Bay’s J.T. Brown on December 12th, the other against Arizona’s Max Domi on April 2nd.  They were the first fights for Schmidt since his USHL days in 2009-2010.  He had only six penalty minutes all season outside of those fights, and he had only two penalty minutes at home all season, and that was a delay-of-game penalty against Montreal the day after Christmas.  Small wonder he got a third-place vote in the Lady Byng voting for most gentlemanly player, even with the two fights.

Another case of, “yeah, and what did you do during the playoffs?”  Ten games, one point (an assist), minus-3, no shots on goal in six of the ten games in which he did play, just nine minutes of ice time in Game 5 against Pittsburgh in the second round, and he was benched for the Caps’ next game –their last of the season – the overtime loss to Pittsburgh in Game 6.  It was an extension of the tail end of his regular season in which he was 0-5-5, minus-1 in his last 35 games.  That’s 0-6-6, minus-5 in the last 45 games in which he played last season.

The Big Question… Is Nate Schmidt now a permanent fixture on the Caps’ blue line?

In three years with the Caps, Nate Schmidt has made modest progress toward becoming a permanent member of the top-six on defense.  His games played progressed from 29 to 39 to 72, and he got his first taste of postseason action last spring.  There is, however, the matter of his performance over the last half of the season.  It was not a major step backward, but his progress seemed to have stalled.  Perhaps it was a product of the season’s length, his playing in more games in the NHL that in his first two seasons combined and more minutes (about three more minutes per game at even strength than in 2014-2015).

It is all but certain that Schmidt will be penciled in on the third pair and will fill that role on a regular basis, absent injuries.  It is a situation that should suit the Caps and Schmidt well, the team being talented and deep enough to accommodate Schmidt’s continued progress up the ladder of development and experience.

Nate Schmidt is a “young” 25 years old in terms of his NHL experience to date – 140 regular season and ten postseason games.  He has a good foundation under him, and he has made progress in sufficient amounts and timing to suggest that he is not done improving.  This season will open a little bit differently for Schmidt in that there is little question at the top that he’s in the top-six.  Given the Caps’ situation once they get past the top-six, it will be important to solidify his position and improve on the gains he has made.

The biggest part of that is going to be, as it will be for a number of young Capitals who underperformed late in the season and in the playoffs, avoiding a late-season swoon.  A third-pair defenseman is not going to carry the club for any length of time, if at all, but neither can he disappear at that time of year, either.  If Nate Schmidt can make timely, if not a high volume, of contributions late in the season and into the spring, he and the Caps will have a lot to smile about over next summer. 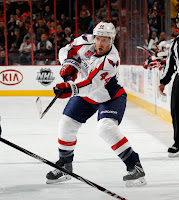 Ah, when to the heart of man
Was it ever less than a treason
To go with the drift of things,
To yield with a grace to reason,
And bow and accept the end
Of a love or a season?”
― Robert Frost

Thirteen seasons, 822 regular season games, 112 postseason games , ten trips to the playoffs, two trips to the Stanley Cup finals, one Stanley Cup.  Since he played his first full season in the NHL in the 2003-2004 season, only a dozen defensemen have appeared in more regular season games, and only ten defensemen have appeared in more postseason games.   But when the 2015-2016 season ended, Orpik was in the top 15 on another list.  He was the 13th oldest defenseman in the NHL.

Orpik’s 13th season in the NHL was unusual for its brevity.  The 41 games he played was the fewest he played in any season since he appeared in six games for the Pittsburgh Penguins in his first year in the NHL, in 2002-2003.  He missed 40 games to a cracked femur.  Then, in the playoffs, he missed three games as the result of a hit he took from Ryan White in the first round against the Philadelphia Flyers, then he missed three more games in the second round against the Pittsburgh Penguins for his hit on Penguin defenseman Olli Maatta.

His three goals in 41 games did not make him a Bobby Orr as an offensive defenseman, but the 0.07 goals per game was a career best, more than doubling his previous per-game goal scoring high (0.03 goals-per-game with Pittsburgh in 2005-2006).

Brooks Orpik was the only defenseman in the league appearing in at least half of his team’s games who averaged at least 3.0 hits and at least 2.5 blocked shots per game.  He also had his personal best season of Corsi-for at 5-on-5, posting a 52.55 percent mark, a substantial improvement over the 49.64 percent mark he recorded for the Caps in 2014-2015 and second-best among Capitals defensemen last season (numbers from Corsica.hockey).  Only once in 41 games did he post a plus-minus worse than a minus-1 (it was a doozy – a minus-4 in a 5-2 loss to the New York Rangers on November 3rd).  And there was an odd fact about his presence in the lineup.  The Caps did not lose a game in regulation in which he skated more than 21 minutes (12-0-3).

Quality of competition seemed to be an issue for Orpik this season.  In 11 regular season games against Eastern Conference playoff qualifiers he did not have a point and was a minus-5.  Add in his performance in six playoff games, and it is no points and a minus-8 in 17 games against playoff-qualifying teams.  And, for a player whose contributions tend to the more physical and defensive side of the ledger, it did not seem to matter much.  In games in which Orpik recorded four or more hits, the Caps were 11-4-2, 15-7-2 when he recorded fewer than four hits.  Washington was 10-4-2 when Orpik recorded three or more blocked shots, 11-7-2 when he had fewer than three blocked shots.

The Big Question… Can Brooks Orpik be the physical and emotional anchor of the defense?

When Brooks Orpik was signed to a five-year/$27.5 million contract on July 1, 2014, Capitals general manager Brian MacLellan said, “We feel Brooks’ leadership and experience will greatly enhance our defense for years to come. Brooks plays tough minutes against the opposition’s best players.”  Assistant coach Todd Reirden said, “His maturity, he’s won Stanley Cup, he’s been a part of good defensive team and his leadership I think would be a great fit for any team. I’d like it to be here as well.”  He was a player with more than 700 regular season games on his resume and two trips to the Stanley Cup finals, winning once.  And, he was durable, never having appeared in fewer than 60 games in a full season in his career, save for the six game cup-o’-coffee he got as a first year player.

However, his appearing in only 41 regular season games last season due to a serious leg injury, then missing three playoff games due to a head injury in the postseason, when combined with his age (36 on Opening Night) raises the question of whether he can be that night-in, night-out anchor of stable and dependable defensive play this season he was counted on being when that contract was signed.  This could be an important issue for the Capitals, whose talent on the blue line drops off rather precipitously after the top-six and is not especially deep after their top-seven.

The 2015-2016 season might be the best opportunity for the Capitals to win a Stanley Cup for a while.  They have the mix of skill and grit, of youth and experience, to make that a possibility.  For Brooks Orpik, it could be his last career opportunity to win a Stanley Cup.  Looming over this season for him is the possibility that he would be exposed in the expansion draft when the new Las Vegas entry in the NHL begins to assemble its roster.

On this team, he could very well be given third-pair minutes, depending on how the Caps choose to use Dmitry Orlov.  It would provide some relief from stiffer competition, and the fewer minutes (based on last year’s 5-on-5 ice time among Caps defensemen, perhaps 1-2 minutes per game) could leave Orpik perhaps just a bit fresher in the spring.  In any case, for at least one more season, Brooks Orpik will be doing no bowing to or accepting of his career winding down.

Posted by The Peerless at 1:01 AM No comments: