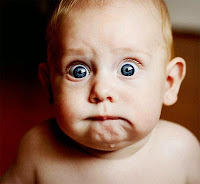 They call a seven-game series a “long” series, but it can all change so quickly.  Last night, the Washington Capitals went from being within two minutes of ending the season for the New York Rangers to facing the possibility that they will be playing their last game of the year on home ice on Sunday.

Taking a 1-0 lead into the final 120 seconds of the game, the Capitals suffered Chris Kreider one-timing a lightning bolt that snuck through goalie Braden Holtby’s pads to extend the Rangers’ season to at least an overtime.  In that overtime, a classic mistake – a turnover at their own blue line – led the Caps allowing the Rangers to attack in numbers, and it was Ryan McDonagh taking a pass from Derek Stepan and wristing a shot past Holtby to push the series to a Game 6 in Washington on Sunday.

-- So often in the heat of a playoff game, a player can go from hero to goat.  Last night’s most recent example was Curtis Glencross.  It was his goal mid-way through the third period that put the Rangers on the brink of elimination.  His first goal of the playoffs came on a second effort.  It started with Tom Wilson poking the puck off the stick of the Rangers’ Kevin Klein as the latter was winding up to take a shot.  The puck slid to the boards where Matt Niskanen beat the Rangers’ Keith Yandle to the prize.  Niskanen swept the puck into the neutral zone where Glencross was already off to the races.  Breaking in alone on goalie Henrik Lundqvist, he fired the puck into the goalie’s glove.  Lundqvist did not handle the shot cleanly, and the puck landed at his feet.  Glencross followed up his own shot, chipping it over the falling Lundqvist and over the goal line.

-- Then Glencross became the goat.  In the tenth minute of overtime he took a pass from Mike Green at his own blue line.  He tried to move it along, cross-ice, but Jesper Fast knocked down the attempted pass and skated the puck down the right wing boards.  He found Stepan entering the zone late, but instead of taking the shot himself, Stepan left the puck for McDonagh coming into the play after jumping off the bench.  McDonagh leaned into a shot and it appeared to hit Caps defenseman Tim Gleason before whistling past Holtby to give the Rangers another chance to extend the series on Sunday.

-- In series clinching games in the post-2005 lockout era, the Capitals are 3-10.  On the other hand, the Rangers won their ninth straight game on home ice when facing elimination.

-- Part of the Capitals’ problem in this game was not so much shots as who was getting them.  Of the Caps’ 29 shots on goal, nine of them came from Joel Ward (5) and Jason Chimera (4).  No other Capital had more than two.  It was balanced, but not in the sort of way that could – or did – lead to much offense.

-- Slow starts continued to plague the Caps.  The Rangers out-shot Washington by an 11-2 margin in the game’s first 8:14.

-- Marcus Johansson, Brooks Laich, and Troy Brouwer came into this series with a combined 166 games of post season experience.  None recorded a point last night; none have a goal in this series.

-- Alex Ovechkin was 4-4-8 in his first nine games of this post season but is without a point in his last three games.

-- Nicklas Backstrom was held without a point last night has had only an assist in his last eight post season games.

-- Odd Calendar Fact… the loss last night made the Caps 0-4 all-time in playoff games on May 8th.  All four losses were on the road.

Last night it was a case of the Rangers getting just enough from skaters from whom they need contributions – Derek Stepan (two assists), Chris Kreider (game-tying goal), and Ryan McDonagh (game-winning goal).  The same could not be said of the Caps, who got no points from Alex Ovechkin, Nicklas Backstrom, Marcus-Johansson, Troy Brouwer, or the precocious kids (Andre Burakovsky and Evgeny Kuznetsov).

If this is a goaltenders’ series, which it certainly has been to date, Capitals fans have to be pleased with the play and development of Braden Holtby.  But lurking is the thought that at the other end of the ice is a goaltender who might be more likely to extend that run of fine play.   The Caps had a chance to drive a stake into the heart of the Rangers and deny Henrik Lundqvist any more opportunities to frustrate the Caps.  They could not take advantage of that opportunity.  That opportunity will come knocking again on Sunday evening.  This time, the Caps had better answer the door.

Posted by The Peerless at 7:06 AM No comments: