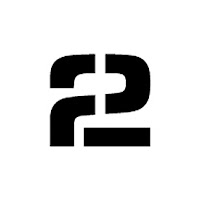 On Friday night, Caps fans saw what might have been a season in microcosm. On the outside, it was a pedestrian 3-1 win on the road against the New Jersey Devils, but there was a lot going on here…

-- There was the old and the new. The old – Alex Ovechkin (scary to think that, isn’t it?) – got the Caps even after Adam Larsson scored his first NHL goal for the Devils. But he did it in, what for him, is something of a new way. Nicklas Backstrom won a faceoff (gee, what a concept!), the puck ending up on the stick of Dennis Wideman. The defenseman ripped a shot toward the Devils’ net where it hit Ovechkin and dropped at his feet. From the edge of the crease to goalie Martin Brodeur’s right, Ovechkin swatted it into the back of the net.

-- The “new” was Marcus Johansson and Jason Chimera potting their sixth and fifth goals, respectively, of the season. These are two players one is not accustomed to seeing at the top of the goal-scoring list for the Caps, but there they sit – second and third after tonight’s game. Chimera scored what would be the game-winner while shorthanded, leaving three Devils in his wake, beating them with speed, and pulling Brodeur to the ice as he showed him the puck while crossing in front, then he pulled it away and lifted it over the prone Brodeur for the score. Johansson added insurance by circling back to the net as the puck skittered out to Karl Alzner at the point. Alzner fired, and the puck ricocheted to Johansson’s backhand. Once more Brodeur went to the ice, and Johansson had only to flip the puck over him for the last score of the evening.

-- The scoring might have been secondary news. Mike Green got tangled up with Ryan Carter along the boards and took a knee-on-knee hit. Green limped off, He tried to return, but would end the evening early in the second period with only 7:44 in ice time and the pronouncement of a new injury status. Bruce Boudreau said of Green’s injury, "It’s a day-to-day thing, not a three week, day-to-day thing. It’s an actual day-to-day thing.” So, his official status is “actual day-to-day.” Write it down.

-- Then there is Alexander Semin. His evening consisted of 11 shifts, one of which ended in New Jersey’s lone goal (don’t blame Semin for it), another three of which ended in penalties. Only one of them was his – another offensive zone hooking penalty. But it was that penalty that started a downward spiral that ended with him sitting on the bench for the last 24:19 of the game. Except for the penalty, Semin’s line on the score sheet was pristine. No shots, no shot attempts, no hits, no takeaways, no nothing, It was almost as if it was a leisurely skate taken while a hockey game was going on around him.

-- Lost in the continuing dramas of Mike Green’s health and Alexander Semin’s state of mind was the performance of Tomas Vokoun. Shaking off some recent, well…shakiness, Vokoun was solid. The only goal he allowed came through a maze of players, but he did stop the last 27 shots he saw, including 16 in the third period. Given the Caps’ recent adventures in the third period of games, his ability to shut the door was perhaps the most welcome performance of the evening.

-- Games involving the Devils are almost always aesthetic nightmares. This game was no different. The Caps had only three shots on goal in the first 19 minutes, and they had only 30 shot attempts for the game. Only two Caps had as many as four attempts (Ovechkin and Chimera). Only 11 skaters registered shots on goal (Chimera led with four). The Caps had a total of 20 shots on goal, but only 14 of them came at even strength. The Devils had that many shot at even strength in the third period.

-- 11:37 and 10:08. That would be the time Brooks Laich spent skating at even strength and on special teams, respectively. And that 10:08 special teams number was split into 4:33 on the power play and a team high 5:35 in shorthanded ice time.

-- It was the same kind of night for Dennis Wideman, picking up the slack with Mike Green hobbled. A total of 27:11, broken up into 16:23 at even strength and 10:48 on special teams. And the special teams ice time was almost split down the middle – 5:28 on the power play, 5:20 in shorthanded time.

-- The Caps were 8-for-19 on defensive zone draws, and one of the losses led to the New Jersey goal nine seconds later. These things happen, but they matter, too.

-- Maybe it’s a local scoring thing, but there were a total of only 11 turnovers recorded for the entire game for both teams combined (Caps with six, Devils with five). Fewer than 80 shot attempts, 11 turnovers, only 46 faceoffs.  That made for a lot of skating. Or, given that these are the Devils – a lot of skating in the neutral zone because they spend so much time clogging it.

In the end, there we have it…a sluggish start followed by late scoring (three goals in the last 23 minutes), another injury to Mike Green, wondering just how engaged Alexander Semin is these days, the new guy in goal slamming the door after letting one by early on, and the coach trying one more time to convince these knuckleheads that “hey!...this time I mean it” with regard to accountability. It all worked out in the end last night…now, do it again tonight.
Posted by The Peerless at 3:19 AM 2 comments: