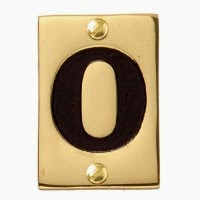 The Washington Capitals have had a persistent problem in recent years of playing down to the level of their competition.  They did that, and then some as the Caps lost to the Buffalo Sabres, 2-1, at Verizon Center.  The Caps failed in an attempt to win their third straight game for the second time this season, while the Sabres skated off with their third win in succession.

The scoring was sparse, neither team lighting the lamp in the first period.  It was Buffalo who scored first, taking advantage of springy boards behind the Caps’ net.  A drive by Tyler Ennis went wide of the Caps’ net to the right of goalie Braden Holtby, but the puck rebounded hard off the end boards and out the other side.  Matt Moulson happily accepted the good fortune and chipped a shot that seemed to hit both John Carlson’s stick and Holtby’s before floating over the line at the 10:15 mark of the second period.

That would be the only scoring in the second period, but Matt Niskanen tied it for the Caps in the sixth minute of the third period on a power play.  With Mike Green out with an upper body injury suffered earlier in the game, the Caps were hemming the Sabres in their own end on the man advantage.  The puck finally made its way to Nicklas Backstrom at the top of the right wing faceoff circle.  Backstrom laid the puck out for Niskanen, who one-timed a shot that hit the shaft of defenseman Tyler Myers’ stick and was redirected past goalie Jhonas Enroth’s glove.

The Caps could not get that second goal though, and Buffalo made them pay for it.  With the clock running down past the eight minutes to play mark, Buffalo’s Mike Weber chipped the puck from the red line across the ice and into the far corner to the right of Holtby.  John Carlson and Torrey Mitchell got tangled up fighting for the puck, giving Brian Gionta a chance to step in and take control  Gionta circled out and darted across the crease hoping to tuck the puck around around Holtby’s left pad.  Holtby got a pad on the puck, but it squirted out to his right where Mitchell was lurking.  He cut between Carlson and Jason Chimera to stuff the puck into the open side of the net, and the Sabres had what was the game-deciding goal in the 2-1 win.

-- Braden Holtby stopped 24 of 26 shots, making it six straight games in which he has allowed two or fewer goals, tying a career high.  He has a .942 save percentage in those six games, and his is also just 4-2-0 with this loss.

-- Evgeny Kuznetsov and the amazing shrinking ice time.  Kuznetsov came into this game having skated less than eight minutes in his previous two games.  He failed to reach the eight-minute mark for the third straight game, skating just 7:07.  He had five shifts in the first period, three in the second period, and two in the third period.

-- The Caps had one power play and scored on it.  They have had only five power plays in their last four games.  At the other end, they faced only one shorthanded situation and killed it off, making it 14-for-14 in their last six games.

-- Marcus Johansson, who had gone dormant shooting the puck in recent games, rediscovered his trigger finger.  He had five shots on goal, the most since he had a season high eight shots back on Veterans Day against Columbus.

-- This was the tenth time this season that the Caps held an opponent to 26 or fewer shots.  Their record in those games is 4-3-3.

-- The fourth line of Kuznetsov, Michael Latta, and Eric Fehr had one shot on goal among them (Fehr).

-- This was the fifth consecutive one-goal decision between these two teams.  The Caps are 2-1-2 in those games.  The four previous decisions went to extra time, three of them to the Gimmick.

-- On the other side, the Sabres have allowed only four goals on 108 shots over their last three games, only two of those at even strength.

What did we say in the prognosto?

There is no way… no way… that the Sabres should win this game.  What that means is that after passing a test of sorts on the road by scoring late goals to win one-goal decisions on the road, the Caps have to avoid a tendency of playing down to the level of their opponents.  The trouble with playing down to the level of the Sabres is that the dive will be so steep and so quick that they are likely to crash and burn.

The 44 shots was misleading.  Yes, Jhonas Enroth played very well, but for all the volume, the Caps didn’t pay much of a price to get those second chance, greasy goals.  The poor ice, a product of a basketball game played at Verizon Center earlier in the day, made getting the sweet tic-tac-toe goal more unlikely.  And absent that, the Caps didn’t have much of a “Plan B.”  And in the NHL, that’s a recipe for giving away points.  The Caps did just that tonight.

Posted by The Peerless at 10:41 PM No comments: