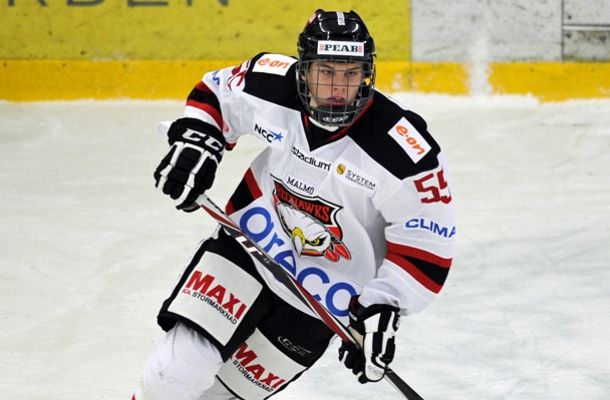 With their first round pick (23rd overall) in the 2013 NHL Entry Draft, the Washington Capitals selected Andre Burakovsky of the Malmo Redhawks of HockeyAllsvenskan in Sweden.  Observers of the Capitals are hardly surprised.  The Caps have worn a path between Arlington, Virginia, and Sweden over the years in their search for amateur talent.  Here is the history of draft picks from Sweden since 2000…

Of the last ten first round draft picks taken by the Caps, starting with Nicklas Backstrom with the fourth overall pick in 2006, five come out of teams in Sweden.  The early returns on draft picks from Sweden at the beginning of the 2000’s was not very good, owing largely to those picks coming in later rounds.  But three of four first round picks before Burakovsky, starting with Backstrom, either played significant numbers of games for the Caps (Backstrom, Marcus Johansson), or they (“they” being Filip Forsberg) yielding a solid veteran in trade.
Burakovsky might be a year or two away from coming to North America, but the path he takes to get here is a familiar one in recent Caps history.

Posted by The Peerless at 7:58 PM No comments: