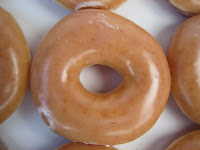 From the 8:53 mark of the first period until the 13:40 mark, the Montreal Canadiens recorded seven shots in the space of 4:47, scoring on three of them.  That was the difference in the Canadiens’ 3-2 win over the Washington Capitals at Verizon Center on Friday night.

Travis Moen got things going on a play that had more than enough suck to go around for the Capitals.  It started with an iffy clear from the defensive zone by defenseman Alexander Urbom that trickled off the end of Mikhail Grabovski’s stick just outside the Capitals’ blue line.  Michael Bournival picked up the loose puck, turned up ice and fed Moen.  From the top edge of the left wing circle Moen let fly with a wrist shot that goalie Michal Neuvirth misplayed off the bottom of his catching glove and into the net.

Three minutes later David Desharnais doubled the Canadiens’ lead when he redirected a Josh Gorges drive out of the air and over the right shoulder of Neuvirth.  The play went to video review to confirm that Desharnais did not redirect the puck with his stick over the plane of the crossbar.  Desharnais being 5’7”, that seemed an unlikely judgement.  It was, the goal counted, and the Habs has their 2-0 lead.

Daniel Briere closed the Montreal scoring 1:47 later on a power play when he had a slam dunk off a shot by Gorges that pinballed off players in front of Neuvirth and squirted to his left, where Briere was all alone.

Alex Ovechkin got one back in the last minute of the period on a power play when he took a rebound of a John Carlson shot off the end wall and flicked the puck through the legs of both Gorges and goalie Peter Budaj from a severe angle to Budaj’s right.

The second period went without any scoring, but the Caps closed to within a goal in the third when Ovechkin outdueled defenseman P.K. Subban for position in front of Budaj and redirected a Carlson drive though Budaj’s pads.  That was as close as the Caps would get, though, and it made for a second consecutive home loss.

-- Alex Ovechkin’s two goals make it 42 in 44 games and the fifth time in 21 games this season that he recorded a multi-goal effort.

-- Through two periods the second line of Martin Erat, Brooks Laich, and Troy Brouwer had two shot attempts, neither of which was on goal.  They finished with six shot attempts, two on goal.

-- Yes, Peter Budaj had a fine night in goal for Montreal.  It seemed every shot the Caps recorded was a scoring chance.  But the Caps had 22 misses to go with their 27 shots on goal.

-- The second period, which had been the Caps’ strength this season (most second period goals in the league), betrayed them.  No goals, only three shots on Budaj.

-- Weird numbers… the Caps had 66 shot attempts for the game.  Of that number, 28 came from the defense, 25 from the top line of Marcus Johansson, Nicklas Backstrom, and Alex Ovechkin. That left 13 shot attempts – not shots – from nine other forwards.

-- Adam Oates shortened his bench in the third period.  Fourth liners Michael Latta and Tom Wilson each had two shifts in the third period, the last one they played together (along with Aaron Volpatti in his last shift of the game) ending 2:43 into the period.

-- By the time Michal Neuvirth allowed the third Montreal goal, he had allowed seven goals on 34 shots over a period of 73:40 to the Canadiens on Verizon Center ice.  He made a game of it after that, stopping Montreal’s last 19 shots, but it was too big a hole, one that he took the first shovelful in digging with a weak glove hand on Travis Moen’s goal to start the scoring.

-- Mike Green did not lead the Caps’ defensemen in ice time, as he usually does, but of his eight third-period shifts, five of them were more than a minute in length (he averaged 1:01/shift for the period).

In the end, yes, it is nice that Alex Ovechkin is piling up all these goals, but we have seen that movie.  Over the last five games he has six goals, the rest of the roster has seven.  They have to get something other than empty minutes out of their nominal second line.  They could use some more pressure from the blue line than just John Carlson (who now has five of the six goals from defensemen currently on the roster).  The Caps have not had a losing week since Week 2, but they are in jeopardy of finishing with just such a week if they fall to Toronto on Saturday. It has been nothing but setbacks since the Caps took a short-lived division lead earlier in the week.   It is time to nip that in the bud.

Posted by The Peerless at 10:48 PM No comments: