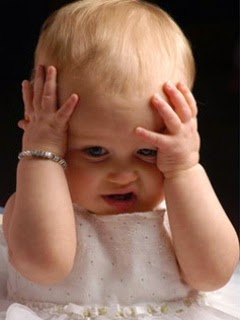 The Washington Capitals and the New York Islanders met on Sunday afternoon to break a 1-1 series tie in their Eastern Conference Quarterfinal matchup at Nassau Veterans Memorial Coliseum in Uniondale, New York.  It took extra time to break that tie, but precious little of it as the Islanders scored 15 seconds into overtime to take a 2-1 decision and a 2-1 series lead over the Caps.

The game held to form in one important respect in that the team that dominated the possession numbers skated off with a win.  The Islanders did just that from the drop of the puck, dominating in shots in the first period, 16-5 overall, and in shot attempts, 29-13.  If not for the effort of Caps goalie Braden Holtby, who returned to action after missing Game 2 to illness, the game might have been over early.  Holtby stopped all 16 shots he faced to allow the Caps to escape to the first intermission in a scoreless tie.

It would be the Islanders breaking on top, though, when Lubomir Visnovsky wired a shot from the top of the right wing faceoff circle that Kyle Okposo redirected past Holtby to make it 1-0 12:37 into the second period.

The Caps were unable to solve Islander goalie Jaroslav Halak in the first 40 minutes, but they broke through late in the third period.  Nicklas Backstrom started the scoring sequence from behind the Islander net.  He chipped a pass to Mike Green backing through the right wing circle, Green returning the puck to Backstrom circling out and around the faceoff circle in Green’s wake.  Backstrom curled out to the high slot where he fired a shot that snaked its way through a maze of bodies screening Halak and into the back of the net to tie the game with 6:06 left in regulation.

That did it for the scoring in the 60 minutes of regulation.  But on a day that was the 28th anniversary of the end of the four-overtime “Easter Epic” between these teams, extra time would end in a blink.  Johnny Boychuk fired a shot into the Caps’ end that was gloved down by Holtby, who swept the puck off to John Carlson in the corner to his right.  Carlson received the puck and in one motion sent it up the right wing boards, but not out.  Nick Leddy kept the puck in at the blue line and fired it toward the cage from the point.  Nikolai Kulemin tried to redirect the puck past Holtby, but Holtby managed to steer the puck off to his right.  As luck – Caps luck – would have it, the puck ended up on the tape of John Tavares who snapped it back behind Holtby’s back and into the far side of the net to give the Islanders a 2-1 win on the scoreboard and a 2-1 lead in games.

-- The end in overtime is always like a thunderclap, but in this instance it was a lot of little things that went wrong for the Caps and right for the Islanders in those 15 seconds of overtime.  There was John Tavares beating Nicklas Backstrom on the draw to open the overtime (Backstrom was 5-for-13 against Tavares on draws for the game).  There was John Carlson’s no-look sweep of the puck up the boards into traffic.  There was Joel Ward along the wall, unable to deflect the puck up and out of the zone past Nick Leddy.  There was Brooks Orpik getting a stick on the rebound of Kulemin’s redirect that Holtby kicked out, forcing Holtby to kick his right pad out once more and sending the puck down the goal line to his right.  There was Carlson neither getting a body on Tavares nor tying up his stick before Tavares got his shot off.  There was Holtby, leaving just enough room off the near post after having to defend the puck twice in bang-bang fashion for Tavares’ shot to sneak through.  It was a sequence that you couldn’t duplicate, but one that could loom large in this series.

-- Alex Ovechkin finished with 14 of the Caps’ 57 shot attempts overall.  He was held, however, to just three shots on goal.  He has one goal on 15 shots and 36 shot attempt in three games.  13 of those shot attempts were blocked, nine of them in this game alone.

-- This was the first time this season that Braden Holtby faced more than 40 shots in a game (he saw 40 shots in a 3-2 win over Chicago on November 7th).

-- Eric Fehr skated two shifts and just 1:19 before going out with an upper-body injury.  It appeared to be a re-injury of his shoulder, a problem for Fehr over the late stages of the regular season.  Marcus Johansson went out late in the first period when he appeared to have taken a skate blade to his calf, but he returned for the second period and finished the game.

-- On the other hand, 16 of the Caps’ 57 shot attempts came from the defense, nine of them on goal.  Brooks Orpik was the only defenseman not to register a shot on goal.

-- A statistic you do not want to see associated with Nicklas Backstrom.  The Islanders have nine goals in this series; Backstrom was on ice for six of them, including the game-winner in this game (but as an observer, not a culprit, except for losing that draw to open overtime).

-- The Caps returned to that whole “one goal” thing against Jaroslav Halak.  He has held the Caps to a single goal in five of his last six games against Washington.

The Islanders outplayed the Caps over more and over longer stretches of this game, particularly early in the contest, than vice versa.  In that respect the result is not surprising.  However, this was a game that was lying in plain sight, waiting to be stolen.  There is nothing to suggest that panic is in order, but on the other hand the Caps have been asleep at the start of games twice in three contests.  And now they have to deal with the possibility of the loss of a valuable, versatile forward in Eric Fehr.

Falling behind two games to one, losing a forward to injury, letting a chance to steal a game get away, uneven play from the big guns, inconsistent production from the secondary scorers.  A team often has to deal with adversity and overcome it on their way to a deep playoff run.  Well, this is what adversity looks like for the Caps.  We will see if they deal with it any better than they have in past playoff seasons when they take the ice for Game 4.

Game 3...The Canary in the Coal Mine?

The Washington Capitals have played 33 "Game 3's" in their post season history (in seven-game series).  It is a point in a series in which the Caps have not been very successful.  Of those 33 instances, they lost 23 times.  And in those series in which they lost Game 3, their series record is 6-17.

Washington has lost Game 3 in each of the last five post season series in which they played, winning two of those series (in five games against the New York Rangers in 2011 and in seven games against the Boston Bruins in 2012).  They lost Game 3 three times in those last five instances, going on to lose in a four-game sweep to Tampa Bay in 2011, then twice losing in seven games to the Rangers (in 2012 and 2013).

Winning Game 3 is kinder to the Caps.  In the ten instances in which they won Game 3 in a playoff series, the Caps have a 5-5 record in the series.  The thing here is, the Caps have only two Game 3 wins out of 13 Games 3 played since they beat the Buffalo Sabres in Game 3 of the 1998 Eastern Conference final and went on to defeat the Sabres in six games to advance to the team's only Stanley Cup final.  They defeated the Rangers in Game 3 of their 2009 meeting, the Caps going on to win the series in seven games.  The Caps beat the Montreal Canadiens in Game 3 of their 2010 series, but it was the Canadiens who would advance, winning that series in seven games.

One thing that fans might count on, the game will be close.  Six of the last seven Games 3 played by the Caps were one-goal games, one of them a three-overtime loss to the Rangers in 2012.

Decades of history are not the best predictor of results today; after all, many of these players had not been born when the Caps lost Game 3 of the 1984 Patrick Division final to the New York Islanders (a series the Islanders won in five games).  Still...it would be a lot better winning this game than losing it, but you knew that already.
Posted by The Peerless at 8:56 AM No comments: