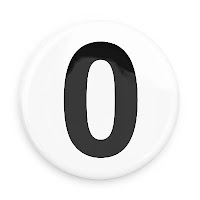 The Washington Capitals will not go 48-0-0 this season.  No one harbored such fantasies, we are sure.  But we wager there were a fair number of folks who thought that the Caps would come roaring out of the gate, offensive talent unleashed, new systems spinning opponents into circles on the ice, and helmet taps abounding after beating opponents.

That might happen down the road, but the Caps' 6-3 loss to the Tampa Bay Lightning last night served clear notice that there is work to be done before happy days are here again.

The Caps were behind the eight-ball all night, allowing the first, third, and fifth goals of the game – tying the contest after each – before finally wilting under a barrage of three third-period goals by the home team.

We noted before the contest that Steven Stamkos would get his goals this season, perhaps even a goal last night (he didn’t), but the Caps couldn’t let the Nate Thompson’s or the Benoit Pouliot’s beat them (they didn’t get any goals, either).  The point was that the Caps could not let themselves be beat by the character actors on the Lightning.  That is just what happened, though, 6:24 into the game when Eric Brewer matched his goal total of each of the past two seasons (one), scoring on Tampa Bay’s first shot of the season by taking a simple feed from Matt Carle and wristing the puck past goalie Braden Holtby’s glove.

Two minutes later Joel Ward put his name in the book as the Caps’ first goal scorer of the 2013 season, the product of bulling his way to the net to stuff in a loose puck off a scramble in front.  Tom Poti notched the secondary assist on the play, his first regular season point since the Caps beat the New Jersey Devils, 5-1, on December 21, 2010.  How long ago was that?  It was the night Andrew Gordon (remember him?) scored his first NHL goal.

The teams exchanged goals twice more over the first 40 minutes – the more familiar names of Vincent Lecavalier and Martin St. Louis for the Lightning, Joel Ward again – his first two-goal game in the regular season since March 18, 2009 (how long ago was that?...Chris Pronger was playing for Nashville’s opponent that night, the Anaheim Ducks) – and Wojtek Wolski responding.

A 3-3 tie after 40 minutes was not the worst thing for the Caps, given it was opening night in a rival’s rink, and they were trying to work the kinks out of their new approach to hockey.  But then they were beaten again by the supporting cast.  Not at first; Martin St. Louis got his second of the game on a power play.  But for their insurance, the Lightning got goals from Cory Conacher (who looked so small out there his number “89” on the back of his jersey seemed to wrap around his ribs to the front of his jersey) and Eric Brewer – again, his first two-goal game since March 7, 2004.  How long ago was that?  Adam Oates was skating alongside him with the Edmonton Oilers.

-  Braden Holtby allowed six goals on 34 shots in 59:48 of ice time (a .824 save percentage).  The six goals allowed were as many as he allowed on a total 108 shots of in the last 203:49 he played against the New York Rangers in the Eastern Conference semifinals last spring (a .944 save percentage).

- The six goals allowed by the Caps was the first time they allowed more than five goals in game since dropping a 6-3 decision to the New York Rangers on November 25, 2011, in what would be head coach Bruce Boudreau’s penultimate game.

-  The top line to start the game was Nicklas Backstrom centering Alex Ovechkin and Marcus Johansson.  They finished the game with eight of the team’s 30 shots on goal and 14 of the team’s 50 shot attempts.  They also finished with no points among them.

-  Joel Ward gets the team’s first star for his two-goal performance, but on a night when the defense and goaltending was suspect, John Carlson gets a stick tap for logging more than 25 minutes, finishing plus-2 with four blocked shots, a hit, and a takeaway.

-  The Caps took eight minor penalties for the evening, a different player logging each one.  Almost half the skaters being sent to the box?  Not quite the team building stat one might have been looking for.

-  Troy Brouwer took ten faceoffs on the evening, winning six.  He took a total of 83 draws in 82 games last season.  He won all four draws he took in the offensive zone.  Maybe there is a “why” in that… his center – Mike Ribeiro – was 0-for-4 on offensive zone draws.  In other faceoff news, maybe Matt Hendricks has a “paralyzer” move in the dot – he was six for six.

-  Jack Hillen skated only 3:29 in ice time last night, the low minutes a product of his being shoved rudely into the end boards by Vincent Lecavalier.  He skated off under his own power, but favoring his left shouder.  It is described as an “upper body injury.”

-  Mathieu Perreault skated only 3:52 in ice time last night, only one shift in the last 27 minutes (hey, only four shifts in the first 33 minutes).  And on that last shift, he took a penalty.  On a team that dressed only 11 forwards for the game, that is a significant development, and probably not a good one.

In the end, it was not pretty, but if one was expecting “pretty” in Game 1, it might be time to dial down the expectations.  The Caps should be better this time next week than they are now, and better this time next month than they are next week.  That is why it is called a learning curve.  There were things to take away from this game, not the least among them is that this team is clearly more dynamic in all three zones than they were under Dale Hunter last season.  Breakdowns that created seams in the defense that the Lightning could exploit are what doomed the Caps in this game, especially on the penalty kill that went only 4-for-7.

The errors and shortcomings were obvious and seem correctable with time.  The problem is that there really is not a lot of time to glide up that learning curve.  It is going to have to be steeper.  And that means improvement Tuesday when the Caps hold their home opener against Winnipeg.

Posted by The Peerless at 8:26 AM No comments: