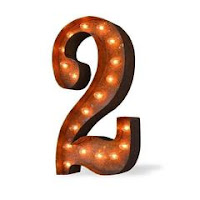 The Washington Capitals headed to the road on Wednesday night to face the Philadelphia Flyers at Wells Fargo Center.  The Caps were dominating early, but they struggled to solve young Flyer netminder Carter Hart, doing so but once.  Braden Holtby kept the Caps on top with his play at the other end until the Flyers scored a power play goal in the third period to force overtime.  The Caps took the contest to the Gimmick, where they won it, 2-1, on goals by T.J. Oshie and Evgeny Kuznetsov.

The Caps owned the territorial advantage early, and it paid off in the seventh minute.  Keeping the Flyers pinned in their own end, Nic Dowd circled out of the right wing corner with the puck and fed John Carlson at the top of the zone for an open look at the Flyer net.  Carlson let fly with a shot that was deadened in front of goalie Carter Hart, but Brendan Leipsic was standing strong at the top of the crease to collect the loose puck, spin, and tuck it around Hart before the defense could close on him.  The Caps took the first lead 6:13 into the period.

The Caps were awarded the first power play of the night when former Cap Matt Niskanen was sent off for holding T.J. Oshie 9:23 into the period.  The Flyers has a golden chance to tie the game when the puck slid past a Cap and through the neutral zone.  If did not have enough pace for goalie Braden Holtby to skate up and sent it out of danger, and the Flyers had a potential 2-on-none.  But Nicklas Backstrom got back in time to foil a cross-ice pass, and the Caps escaped.

The middle third of the period was dominated by Hart, who seemed single-handedly to keep the Flyers close, denying Richard Panik and Leipsic on excellent scoring chances.  He bought enough time for the Flyers to get their first power play of the night with a chance to tie when Jakub Vrana went off for slashing at the 15:26 mark.  The Flyers managed a lone shot on goal as the Caps killed off the penalty.

Washington got its second power play opportunity with less than a minute left in the period, Travis Sanheim going off for hooking at 19:02.  The Flyers killed the first 58 seconds of the penalty as the period ended with the Caps up, 1-0.

-- The Flyers were not credited with a single takeaway in the period.

The Caps’ power play failed to convert on the last 62 seconds of the advantage carrying over into the second period, and they Jakub Vrana had the ill fortune of having a shot hit the inside of the post behind Hart and rebounding out, the Flyers still trailing by a goal.

The Flyers got their second power play of the contest 5:46 into the period when Panik was shown to the box for high-sticking.  The home team recorded one shot on goal in a power play that came up empty.

The Caps got the next man advantage chance 10:47 into the period when James van Riemsdyk skated to the penalty box to serve sentence for tripping.  The Caps failed to convert on their chance and promptly gave one to the Flyers when Vrana took his second slashing call of the evening 13:01 into the period.  Philly finished the power play unsuccessfully, and the teams played on.

Neither team would solve the other’s goaltender over the remainder of the period, and the second frame ended as did the first, the Caps leading 1-0.

-- The Flyers tilted the ice toward the Caps’ end in the period with a 17-13 advantage in shot attempts and a 12-6 edge in shots on goal.

-- Richard Panik led the Caps with five shots on goal.  No other Capital had as many shot attempts, save for Radko Gudas (that is not a misprint), who had five (one shot, two attempts blocked, two misses).

-- Jonas Siegenthaler had an odd line on the score sheet… not a single mark under any category in 11:03 of ice time.  Perhaps stranger still, he led the team in shorthanded ice time (3:46).

The teams extended their mutual scoring frustration into the third period, six minutes passing before the Flyers were put on their fourth power play of the evening, Nic Dowd going off on a tripping call.  The Flyers finally converted when Jakub Voracek cut inside of Radko Gudas and slid a pass under Jonas Siegenthaler to Claude Giroux, who redirected the feed under Holtby’s pad to tie the game, 1-1, 6:38 into the period.

The goalies took over from there, ramping up their respective games from what was already a high level in this game.  They kept their teams in it until the end of regulation, which ended in the 1-1 tie.

Back and forth, up and down, side to side… no goals.

-- The Caps extended their points streak to 13 games.

-- Alex Ovechkin skated one shift in overtime… it lasted 3:08.

-- Michal Kempny had five blocked shots to lead the Caps in that category.

-- Richard Panik led the Caps with six shots on goal.

The Caps started strong, faded, and absent the sparkling play of Braden Holtby in goal might have let this game get away to a team they clearly had on their heels in the first ten minutes.  But, two points are two points.  No one remembers in March how you got them in November.  But with the Islanders keeping pace with the Caps (12-0-1 in their last 13 games, including a win over Toronto tonight) and holding three games in hand, the Caps will need to raise their game as the schedule turns to a pair of Atlantic Division foes – Montreal and Boston – later in the week.