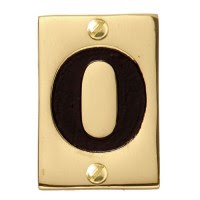 The Washington Capitals took SPAM and almost made filet mignon out of it, but their comeback against the Carolina Hurricanes fell short, 4-2, in Raleigh on Thursday night.

The loss ended the Capitals’ winning streak at nine games and came three weeks to the day after their previous loss, a 4-1 decision in Florida against the Panthers.

One might have had a feeling early on that this would not be the Caps’ night.  Although the first period ended scoreless, the Hurricanes enjoyed a 24-13 edge in total shot attempts and an 11-8 edge in shots on goal.  The pressure got to the Caps early in the second period when Phil DiGiuseppe converted a cross-ice feed from Joachim Nordstrom, one timing the puck off goalie Philipp Grubauer’s stick and arm, and into the back of the net.

The Caps tied the game barely two minutes later when Nicklas Backstrom took a feed from Karl Alzner at his own blue line, worked his way op ice into the Carolina zone, and when the defense gave him space, he wristed a sneaky shot past goalie Eddie Lack to make it 1-1 at the 9:49 mark.

That is the way the score stood going into the second intermission, but it did not stay that way for long into the third period.  Eric Staal broke the tie at the 51 second mark…barely.  A Kris Versteeg shot was kicked out by Grubauer, but it was a long rebound into the slot.  Elias Lindholm took a whack at it, and the puck took a couple of odd bounces, eventually sliding to the top of the crease to Grubauer’s right where Staal found it.  Staal had nothing but an open net to shoot at, but his shot was knocked down by Grubauer’s stick.  The referee signaled no goal, and the teams played on.  Play continued for another 28 seconds until the horn stopped play.  After review, it was clear that while Grubauer knocked the shot out of the air with his stick, the puck fell to the ice behind the goal line, a good goal.

Jeff Skinner made it 3-1 a little more than four minutes later when Riley Nash worked the puck around the back of the Washington net and fed it out to Skinner in front for a one-timer that beat Grubauer cleanly.

The Caps took advantage of sloppy Carolina play in front of their own net to close the margin to one goal.  Defenseman Noah Hanafin sent the puck forward to Brett Pesce along the right wing wall.  Pesce’s return pass to Hanafin was deflected into the air by Brooks Laich.  Hanafin looked torn between gloving the puck down and letting it fall to the ice.  He chose the latter.  He chose poorly.  He lost track of the puck, and it was just enough for Alex Ovechkin to dart in, take possession, and rifle it over Lack;s glove  to make it 3-2 at the 14:16 mark.

Try as they might, and the effort was considerable, the Caps could not get the equalizer.  Andrej Nestrasil closed the scoring with an empty net goal with 17.8 seconds left to clinch the 4-2 victory for the Hurricanes.

-- Three of the Caps’ seven losses in regulation this season have come on Thursday nights, against the Dallas Stars, Florida, and now Carolina.

-- Small things, good and bad, that loomed large..  On the Ovechkin goal, as Noah Hanafin was wrestling with the idea of gloving the puck down or letting it fall to him, Zach Sill jumped up to pester him and perhaps give Ovechkin the split second he needed to get to the puck before Hanafin could recover.  On the other side, shortly before the empty-net goal by Andrej Nestrasil, Matt Niskanen was unable to negate an icing call as Eric Staal caught and passed him to get to the puck and keep play going.  Had there been an icing, the Caps might have taken advantage of a time out to plot their last bit of strategy.

-- The “500 goal” watch can now begin in earnest.  Alex Ovechkin’s goal was his 496th career goal, and puts him one big night from reaching the milestone (he has three four-goal games in his career).

-- Philipp Grubauer deserves credit for playing a fine game.  He allowed three goals on 36 shots, and on none of them could he be fairly described as leaky.

-- The rest of the defense?  Well, they were pretty leaky in terms of letting Carolina run around in the Caps’ zone.  They held a 69-53 advantage in total shot attempts, and while the attempts at 5-on-5 were relatively close for the game as a whole (57-52, Carolina), the Hurricanes held a 43-27 edge over the first two periods at 5-on-5 (numbers from war-on-ice.com).

-- Brooks Laich was credited with an assist on the Ovechkin goal, not the prettiest of passes, but a fine effort on his part to harass Brett Pesce into having to make a return pass to Noah Hanafin that he got his stick on.  The assist was his first point since December 3rd, ending a 12-game streak without one.

-- Karl Alzner had four shots on goal (second on the team in this game).  That might not sound too impressive, but it is his high for the season and the first time he had that many shots on goal in a game in more than two years (December 30, 2013, when he had five in a 3-1 loss to the Ottawa Senators).

-- For the second time this season, the Capitals did not have a power play.  The first time was on November 19th in a 3-2 loss to the Dallas Stars.  They have had only eight power play opportunities over their last five games.

-- On the other side, the penalty killers were a perfect 3-for-3, the fifth straight game in which the opponent was denied a power play goal.  That is their longest streak of the season.

This loss stings a bit, given that they Caps lost to a team that looked inferior on paper (even with the Caps’ injury situation), but streaks end.  The team did not lack for effort, but a combination of three games in four nights, injuries to key personnel, Carolina having a good night, and the sheer unlikelihood of putting up double-digit game streaks all worked against the Caps.

It was not the best way to start a five-game road trip, but the Caps get a chance to start the new year off right with another streak when they visit Columbus on Saturday.
Posted by The Peerless at 3:24 AM No comments: