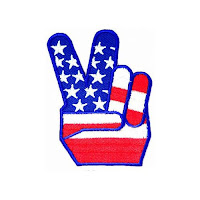 The Washington Capitals became the first team in the NHL to clinch a playoff berth this season when they defeated the Carolina Hurricanes, 2-1, in overtime last night at Verizon Center.

The teams played to a scoreless first period, but less than two minutes into the second period the Caps broke in front.  Jason Chimera circled the puck out and around the top of the right wing faceoff circle and fired a shot at the Carolina net that was kicked out by goalie Eddie Lack.  Defenseman Michal Jordan swatted the rebound into the left wing corner, but Chimera, who had circled all the way over to the other side of the ice, collected the loose puck.  He sent it to the top of the crease where Justin Williams had inside position on Nathan Gerbe.  Williams had only to get the blade of his stick on the puck to flick it past Lack to give the Caps a 1-0 lead 90 seconds into the period.

Carolina tied it mid-way through the period on a feat of strength by Jordan Staal.  Carrying the puck through the right wing faceoff circle while wearing Jay Beagle like a fur stole about his shoulders, he still managed to get off a shot on goalie Braden Holtby.  His initial shot was stalled in front, but Dmitry Orlov’s attempt to clear it was a whiff.  It allowed Staal to follow up his own shot and from the edge of the left wing circle he was true on his second attempt, snapping the puck past Holtby’s left shoulder at the 10:50 mark of the period.

That would be the extent of the scoring in regulation.  Overtime was another matter.  It was a matter of two players playing their primary roles.  Alex Ovechkin started the last sequence by fighting off Brett Pesce in the Olympia corner and sliding the puck to Evgeny Kuznetsov behind the Carolina net, then crossing in front of him to take up station in front of Lack.  Kuznetsov held the puck for an instant, then floated a saucer pass over the stick of defenseman Noah Hanafin and out to Ovechkin backing into the right wing circle.  Ovechkin one-timed the puck under Lack’s right arm and into the back of the net, giving the Caps the 2-1 win and the first postseason clinch in the league this season. 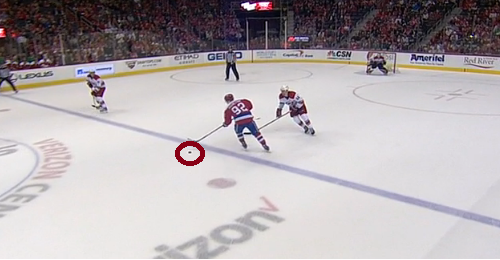 -- Alex Ovechkin’s goal snapped a five-game streak without one, his longest drought of the season.  His 517th career goal leaves him one behind Dale Hawerchuk for 35th place in NHL history.

-- The Jay Beagle Experiment had mixed results.  Playing top-line minutes (only Alex Ovechkin had more even strength ice time among forwards), Beagle had just one shot attempt (a miss), two takeaways, and he won the only faceoff he took.  And, he was outmuscled for position by Jordan Staal on the Hurricanes’ lone goal.

-- Hey, did we call it?  We noted in the prognosto that Justin Williams might be ramping up for a strong stretch run with points in his previous three games.  Well, make it four and goals in his last two with his goal on Tuesday night.

-- This was the fifth game this season in which the Caps and their opponent combined for three or fewer power play opportunities (Carolina had two, the Caps had one) and the second time the Caps did it against the Hurricanes.  The teams combined for three power play chances on New Year’s Eve (Carolina getting all of them).  Tuesday night was the Caps’ first win this season in such a situation since they defeated the Chicago Blackhawks, 4-1, back on October 15th.

-- Jason Chimera is not generally known for a high volume of assists, but he did break a ten-game streak without a helper when he assisted on Justin Williams’ goal.

-- Evgeny Kuznetsov became the 16th player in Capitals history to record 50 or more assists in at least one season.  He is the first not named Nicklas Backstrom or Alex Ovechkin to do it since Mike Green had 57 assists in the 2009-2010 season.

-- Braden Holtby was solid in goal for the Caps.  But for a singularly noble effort by Jordan Staal (or a little more support from Dmitry Orlov clearing a puck in front of him), he might have had a shutout in this one.  In his last three games he is more Holtbeastly 2-0-1, 1.90, .929.

No, it wasn’t pretty.  Maybe that was to be expected, what with the forward lines a bit of a fruit salad.  But it was a win like a lot of others this season, finding a way to squeeze out a one-goal margin.  And make no mistake, the Caps were playing a team that is still fighting to stay in playoff contention; they were no pushover.  What they did on Tuesday that they haven’t done much of lately was hold a team without a first period goal and then getting the game’s first goal for themselves.  That’s the sort of thing folks need to see more often, so in that respect consider this game a success.  Oh yeah, and for the win, too.