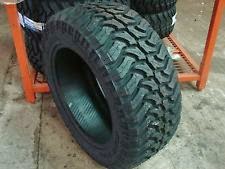 Washington Capitals fans knew that the team was not going to go 82 games without a loss in regulation time, but they probably did not anticipate that the Caps’ streak would end at the hands of the Edmonton Oilers, but that is just what happened last night as the Caps dropped a 3-2 decision to the Oilers at Rexall Place.

The teams exchanged first period goals, the Oilers drawing first blood on a goal by defenseman Justin Schultz 6:53 into the game, and the Caps tying it less than four minutes later. On a power play Nicklas Backstrom laid a pass out for John Carlson at the point, and Carlson one-timed the puck into the top corner of the net at the 10:15 mark.

The Caps took the lead less than five minutes into the second period. From the Edmonton blue line Mike Green flipped the puck into the right wing corner. Andre Burakovsky beat Nikita Nikitin to the puck and sent it back into the high slot where Green was filling in. Green hammered the puck past goalie Ben Scrivens, and the Caps took their first – and as it turned out, only – lead of the evening.

Ryan Nugent-Hopkins took advantage of Alex Ovechkin whiffing on a wrist shot attempt from the left point to tie the game, picking up the puck, racing the length of the ice, and beating goalie Braden Holtby to the long side to make it 2-2.

Nikitin made up for his earlier blunder on a power play in the 17th minute of the second period when he one timed a puck past Holtby on a power play to make it 3-2 after 40 minutes. That would do it for the scoring as the Caps fell to 3-1-2 in the first game of their western tour of Canada.

-- The difference was Ben Scrivens in goal, who stopped 32 of 34 shots overall and 29 of 30 at even strength. Thirteen of his total saves came in the third period.

-- Alex Ovechkin did not record a shot on goal until the 45th minute of the game. He had only two for the evening. After recording 24 shots on goal and five goals in his first four games, he had four shots on goal in his last two games without a goal.

-- The five games the Caps went without a loss in regulation time was the second longest in franchise history, eclipsed only by their 7-0-0 start in the 2011-2012 season.  Barely a month later in that season, Bruce Boudreau was relieved of his head coaching duties.  We do not foresee that happening to Barry Trotz.

-- Nicklas Backstrom gets the coupon for the all-you-can-eat buffet.  An assist (his 500th point in his 501st game), a shot on goal, four shot attempts, three hits, a blocked shot, and ten wins on 19 faceoffs.

-- Andre Burakovsky’s assist on Mike Green’s power play goal lifted him into second place in rookie scoring (six points), one point behind Los Angeles’ Tanner Pearson.  He has points in five of six games so far.

-- Every Capitals recorded a shot on goal except for Michael Latta, who did record three hits in eight minutes of play.

-- Liam O’Brien got his money’s worth out of his minutes in this game.  In seven minutes and change he had seven minutes in penalties (interference, fighting) and six hits with a shot on goal on the side.

It was not necessarily the three goals allowed that was disappointing, but allowing one on a power play to a team that was 0-for-11 with the man advantage in their previous four games.  At the other end, Ben Scrivens played a lot better than the defense in front of him, because he had to.  If the Caps get 66 shot attempts (34 on goal) in a game, they will win more than they lose, especially when they hold an opponent to 36 shot attempts (20 on goal).  The Oilers had only five in the second period, but two found their way in, and this seems to be a feature that creeps into goalie Braden Holtby’s game once in a while.  The lack of frequent work in a period occasionally results in his giving up the odd goal (or two).

It took the strange contradiction of shots taken and goals scored, plus the off-kilter period Holtby had, for the Caps to lose a one-goal game on the road.  Granted, Edmonton is not a very good team, and this is a game the Caps should have won, but there should be no gnashing of teeth over this one.  The trick will be to keep one from becoming two in Calgary on Saturday.