The Peerless Prognosticator is ON THE AIR!!! -- Game 50: Senators at Capitals, January 21st

The Washington Capitals return home on Tuesday night after a listless three game road trip in which they failed to secure a standings point.  The losing streak, which has now reached five games and counting, means that extraordinary measures might have to be taken to change the range, reverse the curse, flip the slip.  And no one knows more about such things than retired major league baseball superstar, Pedro Cerrano.  Pedro, tanks for stopping by. 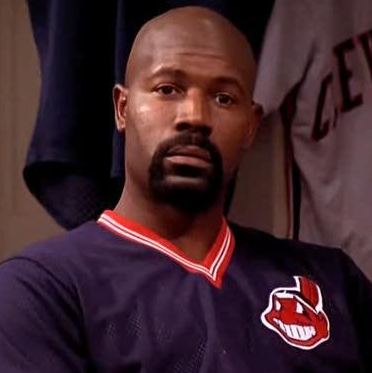 “Peerless, my great and good friend. How’r you doing?”

Fine, Pedro, and I hope things are well with you.

“So good.  You tell me the Capitals are on a losing streak.”

Right you are my friend, and things are getting desperate.  Five losses in a row, dropping in the standings, can’t buy a goal, and when they do score, they seem to get them disallowed for this reason or that.

“You know what problem is, don’t you?”

Well, no…that’s kind of why I asked you to stop by. 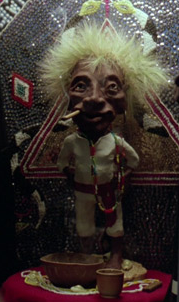 “Sticks, they are sick. They cannot make slap shot.  Missed shot, blocked shot, they do it very much. Slap shot, sticks are afraid. I ask Jobu to come, take fear from sticks. I offer him cigar, rum.  Tim Horton’s.  He will come.”

You know, I heard that they might think about taking Sidney Crosby as their savior instead of fooling around with all this stuff.

“Ha, very funny.  Is very bad to steal Jobu's Tim Horton’s. Is very bad. Maybe problem is what my great and good friend Isuro Tanaka said… ‘they have no mah-bles.’” 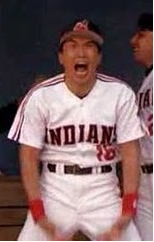 Well, if not, they’d better find them, and quick!

The immediate task at hand while the Caps search for their “mah-bles” is to stop the bleeding.  And that means taking a bite out of the Ottawa Senators at Verizon Center Tuesday night.  It will not be easy.  First, Ottawa has won the last six meetings between the clubs.  That includes a pair of wins this season, a 6-4 loss to the Senators on the day before Thanksgiving at Verizon Center and a 3-1 loss in Ottawa on December 30th.  The Caps have not defeated Ottawa since they took a 5-3 decision in Ottawa on December 7, 2011.

Second, the Senators come into this game on a 6-1-2 run over their last nine games.  They have outscored their opponents by a 26-24 margin over that span.  The narrow goals scored/goals allowed spread reflects the fact that the Senators played to six one-goal decisions in that span with a record of 4-0-2.  In decisions settled by more than one goal Ottawa is 2-1, including the 3-1 win over the Caps on December 30th.

Erik Karlsson is once more doing what he did to win the Norris Trophy as the league’s top defenseman in 2012.  His 1-8-9 scoring in the Senators’ recent 6-1-2 run has propelled him to the top of the scoring rankings among NHL defensemen (11-35-46).  There is a certain resemblance to another offensive defenseman of yesteryear with whom Caps fans might be familiar.  Those 46 points are accompanied by a minus-12 rating (including minus-2 in this recent streak of Ottawa good fortune).  On the power play, though, he has been dominant.  Karlsson leads all NHL defensemen in overall points (21) and has a wide edge in power play assists (19) over second place Duncan Keith (15) of the Chicago Blackhawks.  Karlsson is 2-11-13 in 14 career games against Washington.

On the forward lines, Kyle Turris has been the trigger man of note in the 6-1-2 run for the Senators.  With seven goals in those nine games Turris has more than a quarter of the team’s output in that span.  And, with those seven goals he has doubled his goal output for the season and established a career high in his seventh season.  Turris had a four-game goal scoring streak broken in the Senators’ last game, a 4-1 loss to the New York Rangers (Rangers seem to work well with that score lately).  He is 3-2-5 in seven career contests against the Caps.

Here is how the teams compare, numbers-wise... 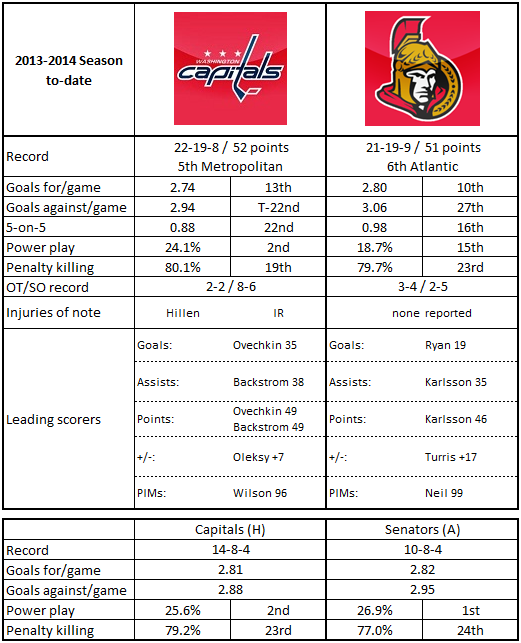 3.  Ottawa has spread things around lately on offense.  Fourteen players shared in the goal scoring over these last nine games, 27 goals in all.  Nineteen players had points.

5.  Ottawa comes into this game in the middle third of the possession statistics – 15h in Fenwick-for percentage in 5-on-5 close score situations, 11th in Corsi-for percentage .  The ranking difference reflects that Ottawa is not your big shot blocking team, the difference between Corsi (which includes blocks) and Fenwick (which does not).  The Senators are 27th in blocked shots in the league, last in the league in blocked shots in road games.

2.  Strange thing, this six-game losing streak to Ottawa.  The Caps have only 11 goals in those games, and those came from 10 different players.  Only John Carlson has two.  Two players – Mathieu Perreault and Mike Ribeiro – are no longer with the club.  Twenty different players have recorded points in those six games, Jason Chimera leading with three (all assists).  Five of those players are no longer with the club.  In addition to Perreault and Ribeiro, there is Alexander Semin, Matt Hendricks, and Wojtek Wolski.

4.  Playing within the rules has been a challenge for the Caps.  Washington has taken more minor penalties (196) than all but five teams.  Only three teams have been docked with more penalty minutes per game than the Caps (13.0).  Perhaps uncharacteristically, the Caps are tied for fifth in the league in fighting majors (27).  Last year, the Caps ranked 28th with only 16 fighting majors, and they were 26th the year before that.  The Caps have not ranked in the top-ten since they finished ninth in fighting majors (40) in 2006-2007.  That year included Alex Ovechkin’s first fight in the NHL, Buffalo’s Paul Gaustad being his dance partner.

5.  For you possession mavens, the game against the Rangers on Sunday featured one – count ‘em, one – Corsi/Fenwick event at 5-on-5 tied situations.  Yeah, that game was over early.

OK, kid, it’s you’re net again.  Or so it would seem.  With Michal Neuvirth in good health again and playing reasonably well, with Philipp Grubauer being reassigned to Hershey, and with Holtby looking sharper than he did in weeks in stopping 17 of 18 shots in what was, admittedly, a mop-up operation against the Rangers on Sunday, Holtby can re-assume his place as the number one netminder for the Caps.  Until he isn’t.  He is going to have to be sharp to help stop the bleeding the Caps have experienced in the standings the last month.  It is likely to be a challenge.  Holtby is 0-2-0 in two career appearances against the Senators (3.55, .909), one of those losses coming this season when he allowed five goals on 40 shots in a 6-4 loss to the Senators on November 27th.

1.  Start better, better start.  All those goals scored and allowed by the Senators in the first period of games has made for an unhealthy mix.  Ottawa has the fourth worst record in the league when leading after one period (11-5-3).  The good thing here is that they do not lead often (19 times in 49 games).  On the other hand, they don’t trail much, either (16 times with a 2-10-4 record).

2.  Back to basics.  When in a hole, stop digging.  That means no soft pass in your own zone (Dmitry Orlov, this means you), no high risk through the middle pass through your own zone (pick a defenseman), no odd drop passes, behind the back passes, or any of the other fancy nonsense that leads to 2-on-1 or 3-on-2 rushes the other way.

3.  Don’t shoot just to shoot.  Craig Anderson has a strange profile in his shots faced outcomes.  When facing more than 30 shots he is 12-4-5.  When facing 30 or fewer shots, he is 3-6-1.  Make him work, but be smart about it.  Lobbing grenades from outside is likely to end up being lot of duds.  Get pucks in tight, make him fight for saves.

When the Caps took it in the teeth at Madison Square Garden on Sunday, it was reminiscent of their enduring the same fate at Madison Square Garden in the midst of their eight-game losing streak in 2010.  In their next game that season they manned up and played the Anaheim Ducks close before dropping a 2-1 overtime decision.  Then they played the Bruins tight in Boston, almost coming back from three-goals down in the first period before losing, 3-2.  Then they ended their losing streak – against these same Ottawa Senators – and took off on a 6-0-2 run, including a 3-1 win in the 2011 Winter Classic in Pittsburgh.

Things can turn, but sometimes it is slow to come.  The team might “play” better before the results manifest themselves in the standings.  The Caps had a string of fine possession efforts with nothing to show for it before being jumped by the Rangers on Sunday.  It is time to turn that kind of fundamental play into wins.

Posted by The Peerless at 10:33 PM No comments: