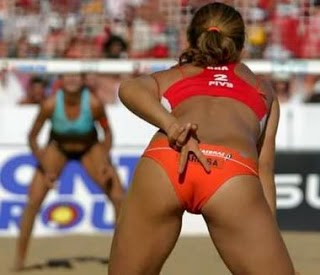 Well, they do know how to close a show.

Although the Washington Capitals have been eliminated from post-season competition, they are making sure that in their last act for the 2013-2014 season they are still belting out tunes popular with the fans.  On Friday night those show-stoppers included a pair of goals from Jay Beagle, a two-point effort from Alex Ovechkin (including his 51st goal of the season), a two-point game from Nicklas Backstrom, and a 34-save effort from goalie Jaroslav Halak, who recorded his first shutout with the Caps in Washington’s 4-0 win over the Chicago Blackhawks.

Chicago put itself in a hole early when Marcus Kruger was caught holding Backstrom 63 seconds into the game.  Just 61 seconds after that, John Carlson took a divot out of the ice on an attempted shot at the top of the offensive zone. The puck squirted to Ovechkin, who returned it to Carlson.  On the reset, Carlson slid the puck back to Ovechkin who one-timed it past goalie Corey Crawford to give the Caps the lead.

From the predictable to the incredible... In the tenth minute Evgeny Kuznetsov skated the puck around the back of the Blackhawks net with Ben Smith trailing in his wake.  Kuznetsov skated out from behind the net to Crawford’s left and from the faceoff circle found Dmitry Orlov at the opposite point.  Orlov walked into the left wing faceoff circle looking for a shooting lane but found Beagle just below the right wing hash marks.  Beagle took one swipe at the puck, then another.  The second one slid into the open net vacated when Crawford stepped out aggressively to challenge the anticipated shot from Orlov.

That would be how the first period would end, but just 79 seconds into the second period the Caps all but ended the competitive portion of the game.  Karl Alzner foiled an attempt by Brent Seabrook to clear the puck off the boards and out of the Chicago zone.  Ovechkin collected the loose puck at the top of the left wing circle and slid it down to Nicklas Backstrom in the corner.  From a severe angle, made more so because Backstrom is a left-handed shot, he threw the puck at the net where it squeezed between Crawford's left pad and the near post, giving the Caps a 3-0 lead.

Back to the incredible… With the second period winding down, Jay Beagle backhanded a loose puck down the left wing wall into the corner to Crawford’s right.  Joel Ward eased the puck on its route along the wall to Jason Chimera behind the Chicago net.  Chimera turned and whipped a no-look pass in front where Beagle had circled from the left wing wall.  Beagle eluded a half-hearted attempt by Patrick Sharp to tie him up to one-time the puck past Crawford for his second goal of the game and the final tally of the Caps’ 4-0 win.

-- Jay Beagle’s two goals represent his first two-goal game in the NHL.  The last two-goal game he had was with the Hershey Bears in the AHL back on April 3, 2010, a 6-1 win for the Bears over the Syracuse Crunch.  It also happened to be Beagle’s first two-point game in the NHL.  He tied a career high in goals with the pair.  Four goals on the season matched the four he had in 41 games in 2011-2012.  He now has nine points on the season, a career high.  Big night for the big dog.

-- The Caps are only the second team this season to score four or more goals against the Blackhawks twice.  The Ottawa Senators are the other.  The Caps scored four in a 6-4 loss in Chicago on Opening Night.

-- Tyson Strachan skated 21:26 in ice time, making it three games in four that he topped 20 minutes, averaging just a shade under 22 minutes a contest.

-- For Jaroslav Halak it was his fifth shutout of the season, tying him for third place in the league.  More important, it broke “The Curse of the Mask.”  It was his first win in the red, white, and blue mask he donned after shedding his all-white lid after a 3-2 win in Anaheim on March 18th.  In six games with the fancy helmet he is 1-2-3, 2.27, .928.

-- Connor Carrick and Tyson Strachan tied for the team lead in hits?  Sure, each had only three, but still.

-- The Backstrom-Ovechkin-Grabovski line had 13 of the Caps’ 27 total shots on goal for the game.  Evgeny Kuznetsov was the only other Capitals with more than two (3).

-- On the other side, every Blackhawk skater recorded at least one shot on goal.  Marcus Kruger led the visitors with five shots on goal.

-- Fancystatting…  Yeah, the Caps lost the fancystats again, getting out-Corsi-ed at 5-on-5 close and out Fenwicked.  But remember, there were less than nine minutes of 5-on-5 close score in this game and only 15 Corsi events.  Not much of a night to look at the underlying metrics.

It was a look back at the way things used to be.  Power play goal, a good night from what is left of the Young Guns, a big night from a hard-working pug who deserved a spotlight, some fine goaltending.  It might not have meant a lot in the larger scheme of things, and that made it a little bit sad.  But it was certainly entertaining, and it was a professional job done by guys who struggled sometimes this season with just such a thing.

Posted by The Peerless at 7:36 AM No comments: