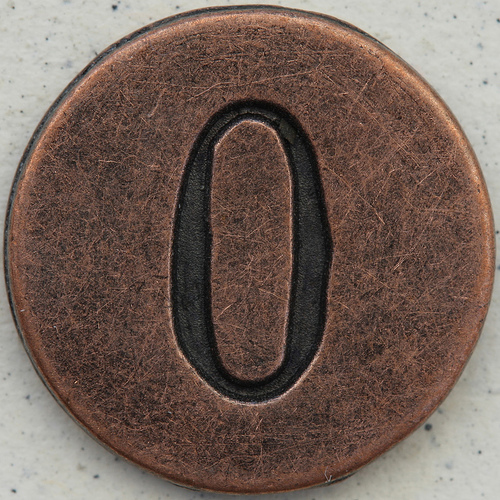 The Washington Capitals saw their five-game points streak end in a spectacular way on Saturday night, dropping a 7-1 decision to the Montreal Canadiens in Montreal.  On Tuesday the Caps took their one-game losing streak to Winnipeg for the first of three visits to Manitoba this season.

The Jets were looking for their first win of the season, carrying a 0-4-0 record into Tuesday night’s contest.  One of those losses was a 3-1 loss to the Caps at Verizon Center just last Friday.  Winnipeg followed that game up with a 4-3 loss in Philadelphia despite unloading 47 shots at Flyer goaltender Ilya Bryzgalov.

The Caps, meanwhile, had two full days off – their longest hiatus of the young season – to lick their wounds.  Having a chance to ponder the defensive meltdown in Montreal paid some early dividends for the Caps in this contest.  The visitors resorted to the style that served them well in the opening round playoff win over Boston last spring.  Winnipeg had difficulty getting shots to the net, leaving goalie Braden Holtby unchallenged for long stretches of the opening period.  At the ten-minute mark of the period the Caps had twice as many blocked shots (six) as shots on goal allowed (three).

By the same token the Caps were mounting little pressure on Jets’ goalie Ondrej Pavelec, getting his fifth straight start in Winnipeg’s crease.  The Caps went almost 14 minutes between shots on goal, but they seemed happy, at least in the early going, to trade the lack of chances with the home team.  The teams went to the locker room scoreless after 20 minutes, the Jets leading on the shot meter, 6-3.

The second period looked a lot like the first in the first few minutes – few shots, fewer scoring chances, with the sense that both teams were content to counterpunch.  The Jets were presented an opportunity in the period’s fifth minute.  Karl Alzner was whistled for a hooking penalty that both he and the Caps’ bench argued.  Alzner, who had a total of 63 penalty minutes in 220 career games, was charged with his first career misconduct penalty, getting an extra ten minutes for his effort.

The Jets not only had a power play, but arguably the Caps’ best shutdown defender on the bench for most of the remainder of the period.  The lack of offensive rhythm in the gameto this point seemed to play havoc with the Jet’s ability to mount any power play pressure.  Specifically, the Jets kept sending shots wide of goal, piling up half a dozen missed shots on the power play but only a single shot on goal that was turned away by Holtby.

With the Caps dodging that bullet, they got a chance of their own mid-way through the period when Tobias Enstrom went off for holding.  The Caps, however, had the same problem as the Jets in terms of their ability to direct shots on net.  Their problem was compounded by equipment malfunctions, Alex Ovechkin breaking two sticks on the man-advantage trying to take one-timers.

The teams exchanged power plays once more before the end of the period – Brooks Laich going off for slashing and Dustin Byfuglien for the same infraction – but neither team could convert the opportunity into a goal.. The teams went off scoreless after 40 minutes.

The third period offered more of the same – few scoring chances, infrequent shots on goal, and no changes on the scoreboard.  One had the feeling this game might go all the way to the trick shot competition to decide a winner.  However, with the clock winding down under ten minutes Winnipeg finally grabbed some momentum and started putting pressure on the Capitals’ net.   The Jets had an excellent opportunity to break the deadlock when Evander Kane was open for a shot to Holtby’s right. The puck hit the post on the near side and rebounded to the far side of the crease.

Olli Jokinen was about to pounce on the loose puck when Mike Green appeared to sweep the puck out of the crease with his hand.  The referee whistled play dead and immediately pointed to center ice, awarding the Jets a penalty shot for covering the puck in the crease with a gloved hand.  Green argued his case to referee Kelly Sutherland to no avail, and Jokinen was picked to take the free shot.  Jokinen beat Holtby by pulling him to the ice and deking to his backhand, giving the Jets a 1-0 lead at the 10:13 mark of the period.

That goal might have held up, but for a defensive breakdown by the Jets late in the period.  Zach Bogosian and Ron Hainsey got their signals crossed exchanging passes at the top of the Caps’ zone, and Hainsey whiffed on a return pass to Bogosian.  The puck was picked up by Alex Ovechkin, who took it down the left side with Hainsey trying to maintain position in front of him.  As Ovechkin crossed the blue line he feinted a cut to the middle, and Hainsey bit on the move.  Ovechkin chipped the puck to his backhand and circled around Hainsey to the net.  With Pavelec hugging the near post, Ovechkin flicked a backhand that snuck under Pavelec’ left arm on the far side and into the Winnipeg net to tie the game.

The game looked set to go to extra time, but with the clock running out the Jets fired the puck around the end boards, the puck coming out to Byfuglien at the point.  The big defenseman fired a shot that appeared to be going wide, but it was low to the ice, and Jim Slater managed to deflect the puck behind Holtby at the far post to give the Jets a 2-1 lead with just seven seconds in regulation.