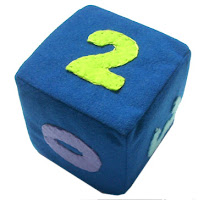 The Washington Capitals took a while on Friday night, but they finally grabbed a lead with just over five minutes in regulation and held on for a 3-2 win over the Minnesota Wild at Verizon Center.

The game-winner came on a slippery individual effort by defenseman Dmitry Orlov.  Taking a cross-ice pass from Andre Burakovsky as he was entering the offensive zone, Orlov was challenged by Nino Niederreiter.  Orlov slid the puck through his own legs to his backhand, worked his way around Niederreiter, and flicked a shot that hit the stick of Jared Spurgeon and squeaked between goalie Darcy Kuemper’s left pad and the post for what would be the game-winning goal.

Until that moment, it looked like any number of recent nights for the Caps.  They allowed the game’s first goal on a power play in the last minute of the first period when Mikko Koivu wristed a shot from the top of the right wing circle that looked as if it got just a bit of defenseman Karl Alzner’s leg as it was going through, altering its path just enough to squirt between goalie Braden Holtby’s pads at the 19:18 mark.

The Caps tied the game in the first minute of the second period with the help of some luck.  From below the goal line to the right of Kuemper, Nicklas Backstrom sent a pass into the middle looking for Alex Ovechkin skating through the low slot.  The pass came all the way through, though, and it was Brooks Orpik who flagged it down at the top of the right wing circle.  Orpik tokk a step up and snapped a shot that was going wide to Kuemper’s left.  However, the puck struck the shaft of the stick of Marco Scandella and was redirected behind Kuemper to make it 1-1 just 49 seconds into the period.

The tie did not last five minutes.  Niederreiter put the Wild back in front when the Caps got caught too deep in the Wild zone.  With all three Caps forwards below the Minnesota goal line, Spurgeon poked the puck up the boards to Jason Pominville.  When Nate Schmidt pinched in down the boards, Pominville slid the puck into the middle where Ryan Suter was starting up ice.  Suter moved the puck out to Niederreiter at the red line.  With Taylor Chorney the last man back and in pursuit of him, Niederretier protected the puck with his body, faked going across the slot, then shot back across his body over Holtby’s glove to make it 2-1 at the 5:05 mark.

Trailing going into the third period, the Caps got their only power play of the game when Kuemper was whistled for delay of game, dislodging the net.  The Caps made good on the opportunity using a tried and true formula.  Nicklas Backstrom patiently looked over the situation from the right wing wall and slid the puck out to Matt Niskanen at the top of the zone.  Niskanen, playing on the top power play unit because John Carlson was out with an injury, laid the puck off to Ovechkin in the left wing circle.  His one-timer found its way between Kuepmer’s body and his blocker, and the Caps were tied, 2-2, 4:35 into the period.

All that remained was for Orlov to display his puck-handling and shooting skills for the game-winner, and the Caps had their 45th win of the season, 3-2.

-- If you’re betting on scores with the Caps, take “3-2.”  This was the 11th time this season that the Caps won a game by that margin, tops in the league for that particular score.

-- Ovechkin’s goal gave him 40 on the season.  He is one of 10 players in NHL history to record eight or more 40-goal seasons and one of seven players to record that many in his first 11 seasons.  Only Wayne Gretzky (11 times), Mike Bossy (9), and Mario Lemieux (9) did it more times in their first 11 seasons.

-- Ovechkin extended his points streak to five games (5-4-9), four of those games being multi-point games.  He has not gone consecutive games without a goal in more than a month (January 14 and 16 against Vancouver and Buffalo, respectively).  Since December 18th, when he recorded two goals against Tampa Bay, Ovechkin has 26 goals in 29 games.

-- Nicklas Backstrom ended a three-game streak without a point with a pair of assists.  It was his first multi-point game since he had three assists in the 4-3 win over Minnesota on February 11th and his 15th multi-point game of the season, tied for eighth-most in the league.

-- Brooks Orpik’s goal set a career best for goals in a season (3).  He also has nine points in 20 games this season, second among Caps defensemen in points per game (0.45) to John Carlson (0.66).  He also had eight hits and five blocked shots.  He had a rich and full (and sore) evening.

-- Brooks Laich played just one shift in the third period.  His total ice time of 6:25 was his lowest of the season.

-- Minnesota won the shot attempt contest at 5-on-5, 57-51, but the second period was telling.  After the Wild dominated the first period in shot attempts at evens, 19-8, the Caps and Wild split 46 attempts down the middle in the second.  The volume of attempts in the middle period, coupled with the Wild playing the previous night in Philadelphia, might have contributed to their wearing down in the third when the Caps scored twice and had a 20-15 edge in 5-on-5 attempts  (numbers from war-on-ice.com).

Five wins in six games, ten wins in 12, both of the losses of the one-goal variety.  Best record in the league by a dozen points, top scoring offense, top power play, top goal differential.   First, top, best.  Then why do these recent wins look so…bleh?   Falling behind early in games, taking early penalties (eight first period penalties over their last three games, including three tonight), it has been a struggle for the Caps to get going in games lately.  This game was was no exception.  It is one thing to do it and come back against a team outside of the playoff mix that played the previous night.  It will be another on Sunday when the Caps head to Chicago for a national-telecast game against the Blackhawks, a team that when they jump on sluggish teams early, generally stay on top of them.

Posted by The Peerless at 11:12 PM No comments: