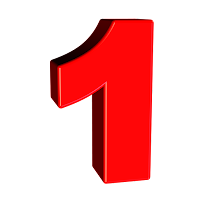 The Washington Capitals wrapped up their season series with the Vancouver Canucks on Saturday afternoon at Capital One Arena.  It was a close-fought game, beginning to end, with the teams exchanging single goals in the hockey portion of the contest.  After 65 minutes the teams went to the Gimmick, where it took seven rounds before a goal would be scored.  Unfortunately for the Caps, that goal was scored by the visitors, and Vancouver skated off with a 2-1 win.

It was not a first minute goal, but the Caps didn’t waste much more time getting the early lead.  Lars Eller outmuscled Quinn Hughes to get possession of the puck and position out of the left wing corner and along the boards.  It enable Eller to slide a pass to Jakub Vrana in the left wing circle, and Vrana one-timed the puck over goalie Jacob Markstrom’s left shoulder to make it 1-0 just 2:22 into the game.

There was a lot of back and forth with not a lot of production, but the Caps got a chance to change that when Jake Virtanen was sent off at 10:29 for high-sticking Lars Eller.  Marstrom kept the Caps at bay though, first stopping a one-timer from Alex Ovechkin and then, just as the power play expired, snuffing out a flurry at the top of his crease.

The Canucks got their first power play chance when Chandler Stephenson was charged with interference right off a faceoff at the 12:42 mark.  Just 62 seconds later, Elias Petterson drew a second penalty, a tripping call to Richard Panik to put the Caps down two men for 58 seconds.  It got worse when Michal Kempny lost his stick off a faceoff, giving the Canucks what amounted to a 5-on-two and a half advantage.  It allowed J.T. Miller to circle out unchallenged to the top of the zone, where he fed Pettersson for a one-timer that beat goalie Braden Holtby over his right shoulder at the 14:00 mark to tie the game.  Although the Canucks had a late chance on the 5-on-4 portion of the power play, Holtby flashed a pad on an attempted redirect to keep the game tied and get the Caps out of the man disadvantage.

The Caps had a late flurry in the Vancouver zone, but nothing that got all the way to Marsktrom, and the teams went to the dressing room tied after one period, 1-1.

-- Evgeny Kuznetsov won six of eight faceoffs in the period.

-- Alex Ovechkin had a pair of shots on goal and a pair of hits…no goals.

-- Radko Gudas led the Caps with four credited hits; Tom Wilson had three.  They, and Ovechkin, were the only Caps credited with hits in the period.

Early in the period Vrana almost had his second goal, a shot from the right wing that slithered through Markstrom and toward the goal line.  But Tyler Myers swooped in behind Markstrom and swept the loose puck off the goal line to preserve the tie.

It was not the last chance Vrana had in the period, he had a fine one in the ninth minute, but shortly thereafter Siegenthaler was sent off on a hooking call, the penalty coming at 8:37.  As the penalty was expiring, the Canucks had a chance, a shot by Tanner Pearson sneaking though Holtby, the puck lying behind him.  But his teammates came to the rescue as Holtby spun and covered the puck to keep the game tied.

Washington had their own chance coming out of a television timeout, an Ovechkin shot redirected by Evgeny Kuznetsov off the post to Markstrom’s left and out.

Late in the period, Eller and Petterson got locked up inside the Vancouver blue line, and it was Eller sent off for hooking at 16:20 to put the Canucks on their fourth power play of the afternoon.  The Caps killed off that penalty, and then Tom Wilson drew an interference penalty at the end of his shift from Tyler Myers with 46 seconds left in the period.  The Caps had a chance to convert in the dying seconds when an Ovechkin one-time slap-pass was redirected by Kuznetsov just wide to Markstrom’s left.  The teams went to the second intermission tied, 1-1.

-- The Canucks flipped the script in the second period, recording 11 shots to the Caps’ seven, reversing the first period result, leaving the teams even at 18 shots apiece through two periods.  Vancouver had 23 shot attempts to the Caps’ 16 to take a 37-35 edge in that department.

The Caps opened the period with the last minute and change on the power play that carried over from the previous period, but they could not solve Markstrom.  It set the stage for some further threatening activity by the Caps in the Vancouver zone that paid off with the Caps drawing an interference call on Pettersson 4:43 into the period to put the Caps on a power play.  Washington had a couple of fine chances, including a pair of unsuccessful one-timers by Ovechkin, but Vancouver skated off the shorthanded situation, and the game remained tied.

The teams went back and forth, but Markstrom and Holtby turned everything reaching them aside, and the Canucks foiled a breakaway by T.J. Oshie in the last 15 seconds.  The teams went to overtime tied, 1-1.

Evgeny Kuznsetsov was sent off 1:25 into the extra frame on a hooking call, and the Caps went shorthanded for the fifth time in this game.  The Caps’ penalty killers were up to the challenge though, Holtby turning away two shots, and the teams played on.  Neither team could score, though, and it went to the freestyle competition.

Six rounds, nothing.  Dmitry Orlov denied in Round 7, Bo Horvat wins it for the Canucks.

-- Going to extra time, Washington avoided consecutive losses, maintaining their streak of games without consecutive losses to 25 this season.  If you are thinking that is impressive, consider that the Caps went the entire 2015-2016 season without losing consecutive games in regulation.

-- This was the Caps’ third loss to a Pacific Division team this season.  All of them have come in extra time.  The others were to Arizona (in a Gimmick) and Edmonton (in overtime).

-- The Caps finished the hockey portion of the contest with a 33-32 edge in shots on goal, but Vancouver had a 64-61 advantage in shot attempts.

-- Alex Ovechkin led the team with seven shots on goal and 12 shot attempts.

Whether it is missing Nicklas Backstrom, Nic Dowd, and Carl Hagelin, or it is just part of the ebb and flow of a long season, the Caps are in a bit of a funk.  They are now 3-2-2 in their last seven games after going 10-0-1 in their previous 11 games.  Backstrom’s absence is felt in a lot of ways, disrupting the line assignments for the other centers, while his absence on the power play had obvious effects.  And, the New York Islanders are within striking distance – four points back with five games in hand – of the top spot in the Metropolitan Division that the Caps occupy.

The team now has a few days to get straight with their game and hopefully get healthier before the Thanksgiving wrap around games against Florida and Tampa Bay later in the week.  For now, just give thanks that the Caps are still grinding out points, even if they are one at a time.

Posted by The Peerless at 3:53 PM No comments: