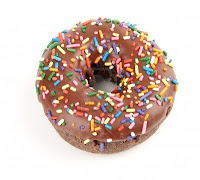 They fought hard.  They played well.  They dug deep.

The Washington Capitals did everything right last night in their game against the Pittsburgh Penguins, save for one thing.  They did not finish.  They certainly had their chances to do so.  None bigger than on a four minute power play mid-way through the third period of a 1-1 game when Matt Cooke was whistled for boarding Alex Ovechkin, then got an extra two minutes for providing editorial commentary on the call.

The Caps exerted some pressure on the extended power play – four shot attempts, two on goal – but it was not enough.  The Penguins killed off the double minor penalty, and nine seconds after that scored the game-winner when Matt Niskanen converted a pass from Cooke, just out of the box, into a wrister that beat goalie Braden Holtby on his glove side, and the Penguins had their 10th consecutive victory, a 2-1 win over the Caps.

-- Alex Ovechkin recorded his third goal in four games and 12th of the season when he swatted a bouncing rebound of a Troy Brouwer shot past goalie Marc-Andre Fleury on a power play mid-way through the second period.  The Mike Milbury’s and Barry Melrose’s no doubt will tsk-tsk and say that the loss is just another example of Ovechkin failing to lead, but what more might be expected here?  A goal, four shots, 14 shot attempts (almost a quarter of the Caps’ total), two hits, a blocked shot in more than 25 minutes of ice time (his high for the season).  Except for parking cars and taking tickets he pretty much did as much as one could ask.

-- There are some teams that just seem to bring out the best in players, and the Penguins have become that team for Eric Fehr.  Caps fans remember well the two goals (including the game winner) he scored in the 2011 Winter Classic.  Last night he led the Caps with five shots on goal in 15 minutes of ice time.  Alas, none of them found the back of the net.

-- Brooks Laich and Dmitry Orlov made their season debuts for the Caps.  Laich, who started the game on the fourth line, moved up the rungs of the ladder smartly, eventually playing on the second line with Mike Ribeiro and Troy Brouwer.  In almost 13 minutes of ice time he had a shot on goal, three hits, and a blocked shot.

-- Meanwhile, Orlov skated almost 12 minutes, was not on ice for either Penguin goal, recorded a hit, and had a blocked shot.  For a guy who missed more than three months with a concussion, not a bad effort.

-- Game of inches…on the Niskanen game-winner, Steve Oleksy missed breaking up the pass from Cooke to Niskanen be what seemed like a couple of inches, and the shot from Niskanen missed hitting a sliding Karl Alzner by, well…you know.

-- Speaking of Oleksy…two shots on goal (six attempts), two hits, two blocked shots, no turnovers in 21:33 of ice time.  He continues to surprise.

-- Mathieu Perreault being second on the club in shot attempts for the game is not necessarily surprising, but taking seven shots (three on goal) in 11 minutes and change is a bit eye-opening.  More so was the six faceoff wins in seven tries.

-- This was a bit of an uneven one for Troy Brouwer.  He had the shot on goal that goalie Marc-Andre Fleury could not control cleanly that led to the Ovechkin goal, but in almost 20 minutes, no shots on goal, 2-for-9 in the dot.

-- The two teams were among the leaders in power play efficiency coming into this game, both clubs converting on more than 24 percent of their chances.  Each got a power play goal.  But the Penguins are a very good 5-on-5 team. The Caps are not.  Pittsburgh scored the game-winner at 5-on-5, just after a power play.

In the end, it was not the best way to start a four-games-in-six-nights road trip, especially when the loss came to a hated rival, and the game was there for the taking.  But then again, that is why the Caps are in 14th place in the Eastern Conference, too.  Too many of these games have been there for the taking this season, but the Caps have not had a long enough reach or a strong enough grasp to take them.