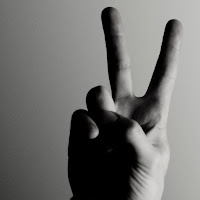 The Washington Capitals looked to put the bitter taste of their 8-7 overtime loss to the Pittsburgh Penguins on Monday behind them, and they did so in a big way on Thursday night with a 7-3 win over the St. Louis Blues at Scottrade Center in St. Louis.

Andre Burakovsky got the Caps off and running early in the first period when he took a pass from Daniel Winnik, skated down the middle, curled off, and snapped a shot through the pads of goalie Jake Allen at the 5:37 mark.

Jay Beagle doubled the Caps’ lead just over two minutes later.  Tom Wilson outskated Carl Gunnarsson to a loose puck behind the Blues’ net and swept it back to Winnik.  Curling around the net, Winnik found Beagle at the edge of the right wing faceoff circle, and Beagle wasted no time snapping a shot past Allen to make it 2-0, 7:41 into the period.

St. Louis halved the lead just 19 seconds into the second period.  Jaden Schwatz took a feed from Paul Stastny at the top of the right wing circle and wristed a shot through a screen and past goalie Braden Holtby.

Three minutes and change later, the Caps had their two-goal lead again.  Alex Ovechkin had the puck poked off his stick in the left wing faceoff circle, but it was Nicklas Backstrom first to the loose biscuit.  Backstrom fed T.J. Oshie, and the former Blue backhanded the puck past Allen from the hash marks at the edge of the left wing circle.  Just 3:47 into the period, it was 3-1.

Brett Connolly added to the lead shortly thereafter.  Burakovsky took the puck off the wall in his own end and threw it cross-ice in Connolly’s direction.  Taking the carom off the wall, Connolly took advantage of Gunnarsson blowing a tire at his own blue line, breaking in alone on Allen and snapping a shot over his glove at the 7:33 mark and chasing Allen out of the crease for the evening.

Marcus Johansson made it 5-1 just 11 seconds later, taking advantage of another Blues’ defender tumbling to the ice.  Patrick Berglund was the victim this time, losing his balance and the puck just inside his own blue line.  Johansson collected the loose puck, circled into the middle, and beat relief goalie Carter Hutton to make it 6-1, 7:44 into the period.

The Caps added another goal late in the period.  On a power play, Dmitry Orlov fed the puck to Evgeny Kuznetsov at the right wing wall.  Kuznetsov angled for position, and then fed Justin Williams in the middle for a one-timer that beat Hutton cleanly at the 13:30 mark.

The Caps had their seventh goal in the seventh minute of the third period.  From the left wing wall, Oshie fed Kuznetsov entering the offensive zone.  Kuznetsov angled through the middle, then wristed a shot off the shaft of Alexander Steen’s stick and past Hutton to make it 7-1, 6:20 into the period.

St. Louis added a pair of window-dressing goals in the last ten minutes, both of them courtesy of Steen, but the matter was settled by that point, the Caps skating off with a 7-3 win.

-- The seven goals marked the first time the Caps scored seven or more goals in consecutive games since the 1992-1993 season when they beat the Blues, 10-6, then followed that up with a 10-3 win over the Los Angeles Kings on February 11th and 13th of that season.

-- The Caps got goals from seven different players and points from 13 different skaters.

-- The most amazing number of this game might have been this one: 29.  Washington had only 29 shot attempts for the contest (18 shots on goal).

-- This made five straight games and eight in their last 11 in which the Caps scored five or more goals.

-- The 18 shots on goal was a season low for the Caps and the third time they recorded 20 or fewer.  They won all three of those games.

-- Balance. The top line of Alex Ovechkin, Nicklas Backstrom, and T.J. Oshie had a goal and four assists.  The second line of Marcus Johansson, Evgeny Kuznetsov, and Justin Williams had three goals and an assist.  Andre Burakovsky, Lars Eller, and Brett Connolly had two goals and two assists for the third line.  The fourth line of Daniel Winnik, Jay Beagle, and Tom Wilson had a goal and three assists.

-- Getting seven goals was odd in one respect.  The Caps won just four of 16 offensive zone faceoffs, accounting for their entire faceoff deficit for the game (23 wins, 35 losses/39.7 percent).

In its own way, this game was as odd as the one the Caps played on Monday night.  They generated little by way of sustained offensive pressure, but it seemed everything they threw at the net went in.  It happens, but that might be a sign of how iffy St. Louis’ goaltending is these days.  Giving up the two goals late is something coaches will no doubt notice and remind the players of as a warning to play to the horn.

All that aside, this is a club that is fearsome on offense these days.  They have 54 goals in their last 11 games.  Only five of them have been scored by Alex Ovechkin.  Six of them have been scored by T.J. Oshie, eight by Justin Williams.  Even Brett Connolly has five goals in that span, and Jay Beagle has four.  It is a team that scores in depth, and they do it at 5-on-5.  That might be the best news of all, at least for fans, who might be peeking ahead to how this club might do in the spring.  For the team, it is a matter of building on what they have, and over the last 11 games, they have built something quite special.

Posted by The Peerless at 11:23 PM No comments: