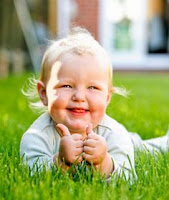 If it was the last game for the Washington Capitals at Verizon Center this season, they made it count. The Capitals crawled back into their series with the Pittsburgh Penguins with a 3-1 win in Game 6 on Saturday night.  It was a well-executed formula of getting a lead, sustaining effort, and clamping down with a lead in the third period.

Washington started the scoring early in the first period after Bryan Rust took a hooking penalty.  It started with a faceoff win in the Penguins’ end.  Off the faceoff win, a John Carlson drive was blocked by Ian Cole in the slot.  T.J. Oshie kept the puck alive by diving over Cole and sliding it to Nicklas Backstrom in the right wing faceoff circle.  Backstrom snapped a pass across the ice to Alex Ovechkin in his left-wing circle office, and Ovechkin one-timed the puck over goalie Matt Murray’s glove for a 1-0 lead 4:04 into the period.

Pittsburgh tied the game three minutes later on a power play of their own.  With Backstrom in the penalty box on an interference call, Sidney Crosby slid a pass to Phil Kessel in the slot.  Kessel’s one-timer was stopped by goalie Braden Holtby, but Chris Kunitz put back the short rebound to tie the game at the 7:08 mark.

The teams went to the first intermission tied, but the Caps solved that problem early in the second period, thanks to another power play.  With Cole in the box for a slashing penalty, Backstrom and Marcus Johansson played catch with the puck on the right side of the offensive formation.  Then Backstrom moved the puck out to Carlson at the top of the zone.  Carlson worked the puck over to Ovechkin for a one-timer that was stopped by Murray.  Oshie was johnny-on-the-spot, though, putting back the rebound to give the Caps the lead 4:00 into the period.

Just under six minutes later, the Caps bought some insurance, taking advantage of a Penguin turnover.  A lead pass to Jason Chimera skating toward the Penguin blue line was too far in front and banked off the left wing wall.  Brian Dumoulin tried to collect the puck and curl the other way, but his attempt to clear the puck was not cleanly played, thanks to Chimera’s pestering him from behind.  As a result, Dumoulin’s attempted clear ended up on the blade of Justin Williams’ stick in the high slot, and he fired a shot that snuck between Murray’s pads and trickled over the line to make it 3-1, 9:58 into the period.

At that point, the Caps turned the game over to Holtby, and he was up to the challenge, turning aside 18 of 18 shots after the Williams goal to seal the 3-1 win and send the series back to Pittsburgh for Game 6 on Tuesday night.

-- The Caps opened the game with a significant change at the top of the lineup.  The starting forward trio was Nicklas Backstrom centering Andre Burakovsky and Marcus Johansson.  The next trip to hop on the ice was Evgeny Kuznetsov centering Alex Ovechkin and T.J. Oshie.  It was that second group on its second shift that drew the penalty that led to the Caps’ first power play and first goal.

-- If there is a future for the Caps in this postseason, one might look back to a 4-on-2 rush the Penguins had late in the second period.  At the end of it, Matt Cullen found Justin Schultz alone to the left of Braden Holtby.  Lunging across to his left in a desperation move, Holtby got his glove up just in time to flag down Schultz’ shot and cover it up.  A goal there, and the third period might have unfolded a lot more unpleasantly for the Caps.

-- The power play came alive just in time.  The two goals scored with the man advantage was the first time the Caps recorded a multiple power play goal game since they went 5-for-9 against the Philadelphia Flyers in Game 3 of their first round series.

-- Justin Williams might be the “X-Factor” for the Caps late in this series.  His goal made it three straight games with a point.

-- This game might have been over early but for the Caps’ inability to put the puck on net.  They had seven missed shots in the first 8:23 of the game.  They finished with 23 missed shots overall.

-- Speaking of missed shots, the Caps had more players with missed shots (13) than those with shots on goal (11).

-- Ovechkin had almost a third of the team’s shots on goal, six of 19.  No other Capital had more than two.

-- The Caps dialed back the aggressiveness, at least in terms of credited hits.  They finished the game with 26, two fewer than the Penguins.

-- If Braden Holtby did not “steal” this game, he did take the last donut out from under the Penguins’ reach.  It was his best game of the series, the first time he allowed fewer than two goals on more than ten shots faced since Game 3 of the Flyer series.

The patient has a pulse.  The Caps gave themselves a chance when they could have gone quietly into the off-season.  It was not a perfect game, by any means.  There were too many missed shots, a bit too much time spent watching the Penguins skate.  But the Caps managed to grind out a win, and there isn’t anything more important at this point.

The pressure shifts some at this point.  The Caps were the team bearing the weight of it up to this point in the series as the Presidents Trophy winner.  Now, the Penguins, once holders of a 3-1 lead, bear the pressure of trying to close out a team to avoid a Game 7 on the road.  A subtle difference at this point is that the Caps got some space between themselves and the Penguins in this game, the first in the series not decided by one goal.  Having the power play click was an important part of that.

It is cliché, but it really is “best-of-one” for the Caps now.  Win one.  Give yourselves the chance to do something after that.  But just win one.

Posted by The Peerless at 11:17 PM No comments: